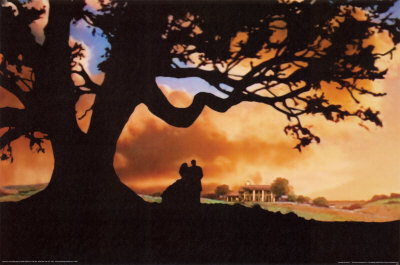 I’m glad that Armond White gave this book a favorable review in the New York Times, which it clearly deserves. But I wish he hadn’t muddied his kindness with lazy misinformation and lazier prose.

Misinformation: “Haskell gave up regular reviewing in the early ’90s, leaving criticism that seriously examined the big-screen image of women and the popular representation of female social roles to go underground — into academic studies where abstruse, tenure-seeking jargon is used to rebuff popular taste.” I’m not aware that Haskell ever left the kind of criticism White describes; unless one decides to make a very big deal out of her brief stint of teaching, she certainly didn’t go into “academic studies”, abstruse, jargony, or otherwise; and if White knows something that the rest us don’t about her rebuffing of popular taste, I wish he’d enlighten us further on this subject. 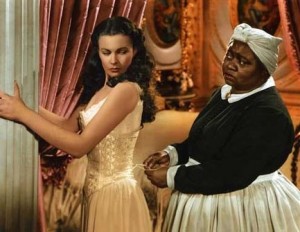 Prose: “Haskell inter­twines her own history with Mitchell’s Georgia background, Leigh’s British origins and Selznick’s Jewish American determination.” (Whenever White gets around to identifying Haskell’s abstruse, jargony rebuffing of popular taste, he might also explain what Jewish American determination consists of — unless Haskell explains this herself, which I doubt. Or was he just using a thesaurus?) 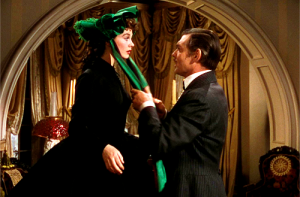 So far, I’m only a quarter of the way through this absorbing book, and what I find most impressive is Haskell’s sensitive and very insightful account of the special (if ultimately debilitating) kind of intensity Vivien Leigh brought to Scarlett O’Hara.  (Postscript, added the following day: Now that I’ve reached the book’s end, I can see that the most impressive accomplishment overall — at least for a Southerner like me of roughly the same generation as Haskell who grew up on Margaret Mitchell’s mythology — is Haskell’s fascinating and complex portrait of Mitchell as a neurotic proto-feminist, and all the ramifications that her own traits had on Scarlett. Looking at Mitchell’s various forms of social ambivalence, which almost seem worthy of being termed Proustian, one can see how even the book’s and film’s questionable status as ‘art’ can be traced back to her own conflicts and quirks.) [3/3/09 & 3/4/09] 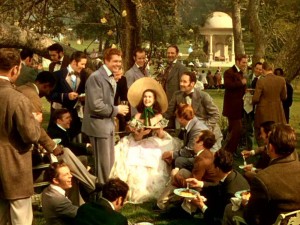