From the October 5, 2007 Chicago Reader. I was pleased to find this review quoted in the expanded second edition of Richard Porton’s Film and the Anarchist Imagination (2020), just out. — J.R. 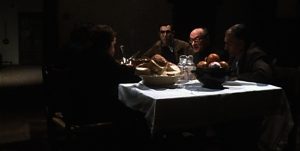 In this 50-minute political documentary (1974) by Catalan filmmaker Pere Portabella — made the year before Franco’s death, on the same night that the militant anarchist Salvador Puig Antich was executed — five former political prisoners, four men and a woman, whose combined prison terms lasted over 50 years, are seen meeting over a meal in a Catalonian farmhouse (the title means The Supper in Catalan) to discuss political strategies and the effects their prison terms have had on their political commitments. This is mainly a political and historical document, but just as Portabella’s more experimental films (Cuadecuc-Vampir, Umbracle, Warsaw Bridge) are never entirely divorced from politics, this political film has its own formal concerns, most of them related to camera movements and sound recording, as well as the pregnant silences that eventually overtake the conversation. In Catalan and Spanish with subtitles. (JR) 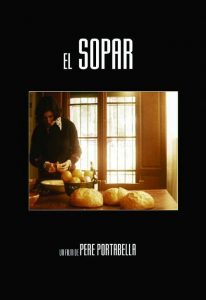