This review was written in June 2004 for the Guardian — who paid me for the piece but then chose not to run it — before I read Nicole Brenez’s remarkable book on Ferrara, translated into English by Adrian Martin and published by the University of Illinois Press in 2007. (This same book came out in French, published by Cahiers du Cinéma.) The Stevens book is also still in print, and still very much worth reading and having. –-J.R. 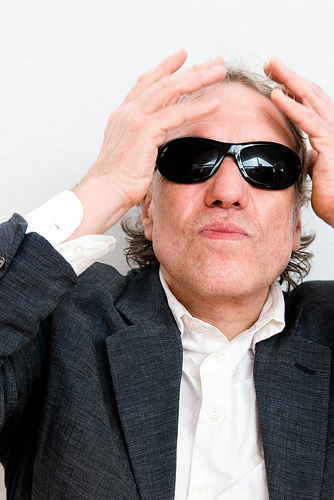 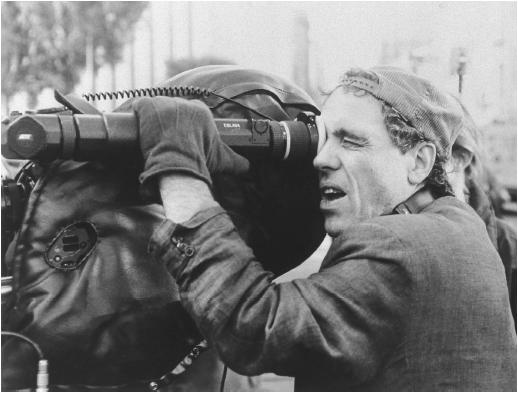 I have to confess I’m a slow learner when it comes to Abel Ferrara — even though his talent is hard to shrug off, and the degree to which some of my smarter colleagues swear by him has made him impossible to ignore. For many of them, one sometimes feels Ferrara isn’t so much a major filmmaker as the major filmmaker. But this is a wild man whose first official feature, in which he plays the title role, a starving painter in lower Manhattan, is called The Driller Killer (1979) — and whose first unofficial feature, made three years earlier, is a porn item called 9 Lives of a Wet Pussy. (Other highlights include Ms. 45, Bad Lieutenant, Body Snatchers, The Addiction, The Blackout, New Rose Hotel, and `R Xmas, to cite my own current favorites.)

For several years, Cinémathèque Française curator and critic Nicole Brenez, a specialist in experimental cinema, has been teaching an annual seminar on Ferrara’s work. John Ford and Roberto Rossellini biographer Tag Gallagher compares Ferrara’s visual style to F.W. Murnau’s and his brand of ethics to Simone Weil’s. Kent Jones observes that “There is a healthy tension in his work between exploitation and thoughtfulness,” which may bring us closer to the mark —- explaining both how Ferrara manages to get his radical work funded and why some diehards like myself still resist some parts of it.

I should admit, after only recently catching up with The Driller Killer on DVD, that it’s a politically serious as well as provocative piece of conceptual art (though much easier to take as such after shutting off Ferrara’s jivey commentary). But I still wonder how his champions always manage to have it both ways —- celebrating both his narrative incoherence and his moral seriousness, his mystery and purity, open-mindedness and obsessiveness, beauty and ugliness, dementia and sanity, all in the same breath.

One of these is Brad Stevens, contributor to Sight and Sound and Video Watchdog and author of the impressively researched Monte Hellman: His Life and Films (2003). Now he’s come up with an even more formidable work of scholarship and critical ambition on Ferrara, the most daunting anyone has produced to date. It’s a handsome object in terms of its black and white as well as color illustrations, and a fact-filled compendium so obsessively comprehensive that by the time I arrived at Chapter 26 — featuring detailed descriptions of no less than 34 unrealized projects — I couldn’t help but wonder if the book as a whole might be some sort of mimetic tribute to Ferrara’s own flair for Baudelairean excess.

In other respects, however, it’s no such thing. The trouble with skirting the biography of a living artist notorious for revels and postures pertaining to sex, drugs, and rock & roll is that unless one’s interested in scandal —- and Stevens clearly isn’t —- one becomes chained to a certain amount of circumlocution and euphemism, putting Stevens at the other end of the spectrum from Ferrara’s own cheerfully offhand scuzziness. He almost never succumbs to anything resembling a cult of personality, drawing as many of his comparisons from art cinema as he does from Hollywood (and reminding one that Jean-Luc Godard and Pier Paolo Pasolini are probably Ferrara’s most important influences), and clearly putting his emphasis on the work rather than the life or legend.

Positing a “series of nine masterpieces running from King in New York in 1989 to ‘R Xmas in 2000,” Stevens celebrates the fact that “[Ferrara’s] films refuse to sit down and behave: just when we start to get a handle on where they are going (in other words, at the point where extractable ideas begin to form), they immediately shoot off in another direction.”

Ultimately this stems from a philosophical position, and quite a radical one at that, expressed through stylistics: “Ferrara is not interested in either clear-cur morality or the play of ambiguity for its own sake, the shifts between emotions and points of view being undertaken because what he values is not this emotion over that, or even an awareness of conflicting values, but the transition from one position to another: the ability to be in a constant state of moral and emotional flux is a prerequisite for the achievement of full humanity.”

Unlike Ferrara, Stevens is mainly bound to cool rationality and consistency, without such transitions, and the few moments of unintentional humor in his book arise when echoes of Ferrara’s outrageousness suddenly overtake his commonsensical arguments. Relating the brutal behavior of Bad Lieutenant’s title hero (played by Harvey Keitel) to the rape of a nun that has apparently motivated it, he suddenly notes that “the bright red light, rapid editing and energetic sound of Schoolly D’s Signifying Rapper all convey how it feels to invade a church and commit a horrendous act while high on drugs” — as if he’d just tried out this sexy combo himself, just to be sure. And discussing the scornful responses of costar Madonna to Snake Eyes aka Dangerous Game that helped to seal its commercial doom after she saw Ferrara’s cut: “With the best will in the world, it is impossible to believe Madonna’s aesthetic judgment might have been superior to Ferrara’s, and difficult not to agree that “She’s a fuckin’ jerk…Like we sit around taking out the best scenes in the movie to spite her. You know how paranoid you gotta be to fuckin’ say something like that?” 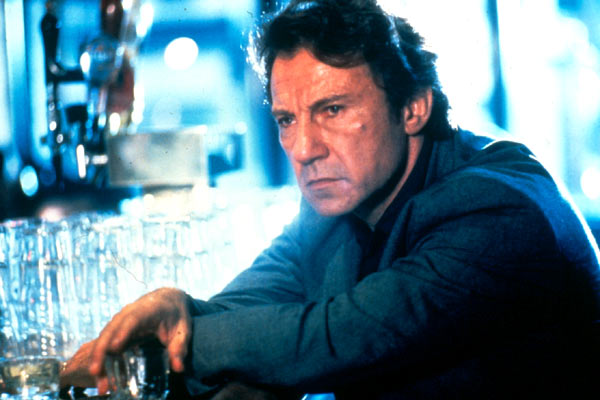 One potential obstacle is that the author nearly always seems to be situating himself deep inside whatever film he’s discussing, and is almost never on the outside looking in. And because he’s dedicated to exhaustiveness, especially when it comes to variant editions of films and even TV shows, his filmography comprises 34 densely packed pages of details (over five devoted to differences between the separate theatrical and American TV versions of the 1984 Fear City, for instance). After informing us that Ferrara’s two episodes for Miami Vice are virtually indistinguishable from those directed by others, he still can’t resist giving us a full chapter of production information and commentary.

Up to a point, such a policy is defensible. I think it can be argued that Stevens is a pioneer in a new and rigorous if relatively unambulatory kind of film research ruled by the Internet and tracking down various videos and DVDs from around the world —- a kind of scholarship motored by email, blogs, and chatgroups. This consumerist approach has been steadily gaining in currency over the past few years, especially at a time when one may be more apt to find serious erudition at a Virgin Megastore than in a university library — if only because the majority of the hardcore enthusiasts are likelier to undertake their schooling at the former.

This style of expertise can be off-putting as well as useful, as Abel Ferrara: The Moral Vision demonstrates, because the baselines for the kinds of information employed haven’t yet been firmly set. Composer Joe Delia, one of Ferrara’s longtime team of regulars, has been generous in his emails to Stevens, but I’m not sure Stevens has always had a clear idea of how much of this material is strictly necessary. Maybe it’s helpful to learn about Delia’s contract with Warner Brothers on Body Snatchers and his step-by-step account of the production of his score and maybe it isn’t; a lot depends on the overall shape and focus of Stevens’ discussion. But surely we don’t need to read about Delia’s week-long vacation in Montauk, and the fact that Stevens retains such information can only make one wonder what he chose to omit.

Indeed, tangents of this kind periodically threaten to swamp the book and its critical arguments, which fluctuate between dominating the proceedings and retreating to the background so that various kinds of minutiae take over. It would help if Stevens had a better sense of his potential audience, but this is difficult to arrive at if one considers Ferrara’s patchy record in getting his films distributed theatrically in recent years in both the U.S. and the U.K. It’s a situation that clearly needs to be rectified, because for all the DVD literacy that this book derives from and speaks to, Ferrara’s brilliance clearly belongs on the big screen. I hope that Stevens’ compelling book represents a significant step in the general direction of placing it there. 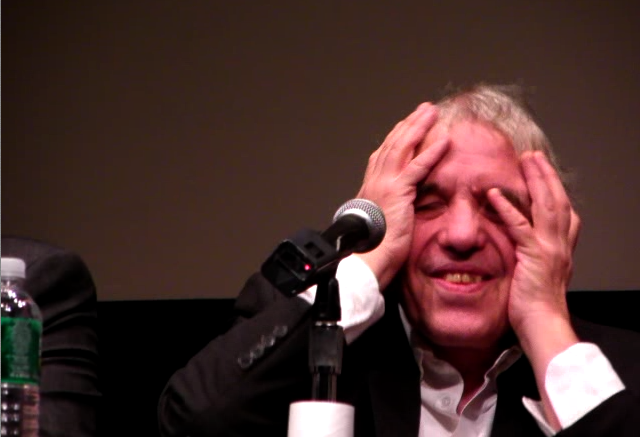