The Filth And The Fury 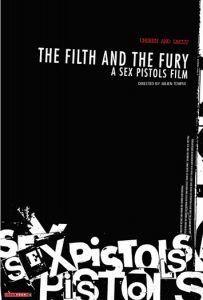 A pretty good English documentary about the 26-month life span of the Sex Pistols, by Julien Temple, who tries to correct some of the false impressions left by his first feature, The Great Rock ‘n’ Roll Swindle, which was made 20 years ago and privileged the role played by the punk band’s manager, Malcolm McLaren. For my taste, this corrected version has way too many clips from Laurence Olivier’s Richard III. I also would have enjoyed more animated material, since what we have is loads of fun. The period ambience (call it funk) is irresistible, but the main points of interest here are sociological rather than musical. 108 min. (JR)