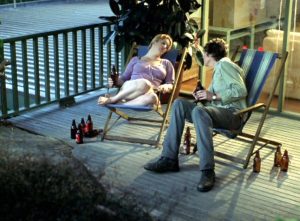 When I spent a day in Brisbane four years ago, it struck me in terms of climate as well as social ambience as being the Mississippi or Louisiana of Australia. That’s only one of the reasons why this grim, passionate, and graphic love story about two highly dysfunctional young individuals — a chain-smoking asthmatic (Peter Fenton) and an irritable, promiscuous, and possibly crazy victim of eczema (Sacha Horler), both unemployed — reminds me of the tale about a doomed couple that forms half of William Faulkner’s The Wild Palms. Another reason is the uncanny way that Andrew McGahan, adapting his own best-selling novel, director John Curran, and cinematographer Dion Beebe have of making their story paradoxically superromantic by keeping it so doggedly antiromantic. With its honesty about sexual inadequacies (his rather than hers), drugs, squalor, and compulsive behavior, this obviously isn’t a film for everyone, but you can’t accuse it of toeing the Hollywood line, and parts of it remind me of Gus Van Sant’s first three movies, before he was swallowed whole by the studios. If you’re looking for something other than the usual cheering up, check this sick puppy out (1999, 98 min.). Music Box, Friday through Thursday, November 17 through 23. 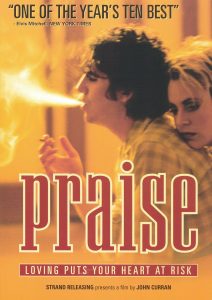