Commissioned in December 2008 by London’s National Film Theatre or the  South Bank — I can’t recall now which of these appellations it was using then  — for a small Burnett retrospective. These notes were written according to precise specifications, as indicated in the word lengths mentioned below. — J.R. 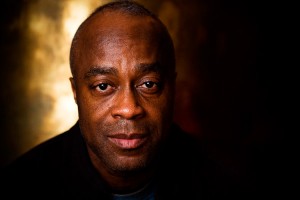 Versatile yet focused, Charles Burnett offers an in-depth portrait of the ghetto community he grew up in, South Central Los Angeles, in an oeuvre that’s both witty and tragic, continuing to expand and surprise us.

Born in Mississippi in 1944 but raised in Watts, Charles Burnett is a filmmaker as steeped in his community as William Faulkner was in his. But he hails from an invisible community, so it shouldn’t be surprising that one of the supreme living masters of American cinema should also be among the slowest to gain recognition.

That he’s worked memorably for both Miramax (The Glass Shield, 1994) and the Disney channel (Nightjohn, 1996) has only helped to give him a scattered and confused mainstream profile, typically omitting such bold independent experiments as The Final Insult (a 1997 digital video about the homeless, mixing documentary, fiction, and poetry) and Nat Turner: A Troublesome Property (a 2003 TV essay that fictionalizes and dramatizes many conflicting versions of its title figure — a Virginia slave who led a 1839 revolt that slaughtered 59 whites).

It must sound perverse to cite films not being shown in this South Bank series, but I’m doing so only to suggest that Burnett’s seminal early work — all independent in the best sense, and an ideal introduction to his riches — points in many fruitful directions. His earliest shorts, made as a film student, already suggest his remarkable range–from the raw, loosely improvised, black and white, neorealistic slice of South Central L.A. in Several Friends (1969) to a highly composed, oddly framed rural tale in color, The Horse (1973), as elliptically and as cruelly told as a tragic fable by a Faulkner, or a Bresson.

So by the time Burnett makes Killer of Sheep (1977), he’s clearly a master. Yet also an unpredictable one — returning to neorealism but in a meditative form, with sequences beautifully matched to diverse kinds of music, only to pursue a much stronger narrative in My Brother’s Wedding (1983), following a young hero through his conflicting allegiances to his middle-class family and his disreputable best friend. Then comes an ironic folk tale with supernatural undertones in the wondrous To Sleep with Anger (1990), succeeded by a joyous jazz parable, When it Rains (1995), that captures the essence of Burnett’s celebratory vision in a mere thirteen minutes. 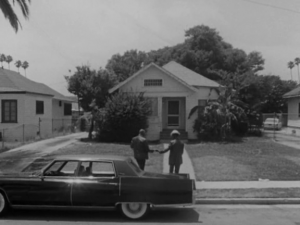 Charles Burnett’s first feature, in black and white, episodically and poetically depicts the life of an alienated slaughterhouse worker (Henry Gayle Sanders). Its focus isn’t so much on his work as on off-time, his everyday domestic life with his friends and family. Shot on a year’s worth of weekends for under $10,000, this remarkable portrait — meditative, tender, witty, and affectionate — of a family and community is conceivably the best feature we have about black ghetto experience. It was selected many years ago for preservation by the National Film Registry as one of the key works in American cinema — ironic recognition of a film that, until its recent restoration, had virtually no distribution (in part due to complications involving music rights).

The director is Burnett’s former classmate Billy Woodbury, but Burnett scripted and photographed this 1984 black and white follow-up to Killer of Sheep, with another depressed day labourer (Nate Hardman) struggling to find work to support his family. Once again, Kaycee Moore plays the hero’s beleaguered wife. With Burnett’s earlier  shorts — Several Friends (1969) and his unforgettable The Horse (1973). 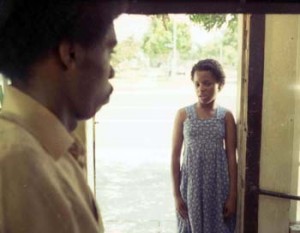 A young man (Everett Silas) who works at his parents’ dry cleaners is torn between their middle-class aspirations (epitomized by his brother’s upcoming marriage to an upscale lawyer) and his loyalty to his best friend, just out of prison. Despite some slippage between actors (mainly nonprofessionals) and characters, their reality and warmth as presences in various neighborhood vignettes recalls Cassavetes’ Shadows. 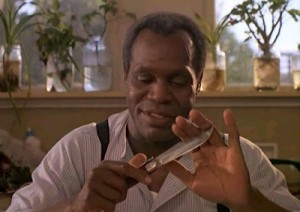 Arguably Burnett’s two richest films — a multifaceted, novelistic comedy-drama steeped in folklore and a joyous celebration of both jazz and community. In the first, an old friend from the rural south (Danny Glover) wreaks havoc on the lives of the L.A. family he unexpectedly visits. In the second, a jaunty griot (Ayuko Babu) contrives to save a neighbor from eviction.