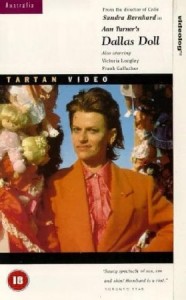 This 1994 feature is much too goofy to qualify as an absolute success, but it’s so unpredictable, irreverent, and provocative that you may not care. Australian writer-director Ann Turner has a lot on her mind, and it’s unlikely you’ll be able to plot out many of her quirky moves in advance. Imagine Pier Paolo Pasolini’s Teorema (with Sandra Bernhard in the Terence Stamp part, seducing most of a bourgeois Australian family and enough other country-club notables to wind up as mayor) crossed with Repo Man and you’ll get some notion of the cascading audacity. This is a satire about foreign invasion in which America (in the form of Bernhard, a spiritual “golf guru”), then Japan, and finally extraterrestrials in a spaceship all turn up to claim the land down under as their own. Along the way Turner gives us delightfully incoherent dream sequences, bouts of strip miniature golf, some hilarious lampooning of the new-age mentality, and one of my favorite performances by a dog. Incidentally, Bernhard despises this movie and trashes it whenever she gets a chance, but I liked it as well as or better than many of her routines. Music Box, Monday, November 10, 7:00. — Jonathan Rosenbaum 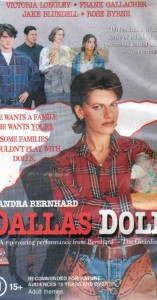