Here, There, and Down Under

A film by Jean-Luc Godard and Anne-Marie Miéville

A film by Tim Burns 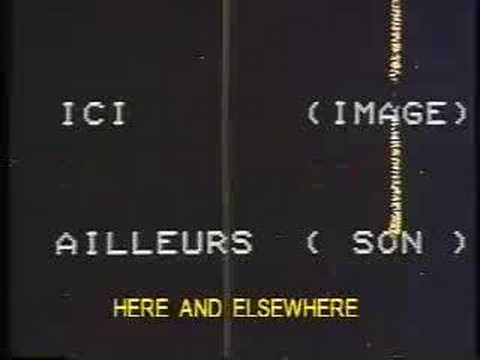 Despite all the signs of exacerbated brilliance in Godard’s work since 1968, it is arguable that only after he left Paris in 1973 for Grenoble and Rolle — and before he made Every Man for Himself about a year ago — has he been able to function seriously as a political filmmaker, in direct and personal confrontation with his subjects.

Before that, preoccupations with the “correct” lines about certain struggles and their representations have cheifly yielded case studies for conservative armchair Marxists — ideal meditations for Parisian camp followers preferring to keep their feet dry and their politics fashionably academic. And from the vantage point of the next five years, it is difficult to avoid seeing Godard’s recent alliance with Coppola, at least partially, as a gesture of impotence and defeat.

The more purposeful stretch of his career that I have in mind begins with Ici et Ailleurs (Here and Elsewhere), in 1974, continues with Numéro Deux (1975), Comment ça va and Sur et sous la communication (both 1976) and ends with his difficulties in getting his second TV series France/tour/détour/deux/enfants broadcast as he intended in 1978 and 1979. Read more