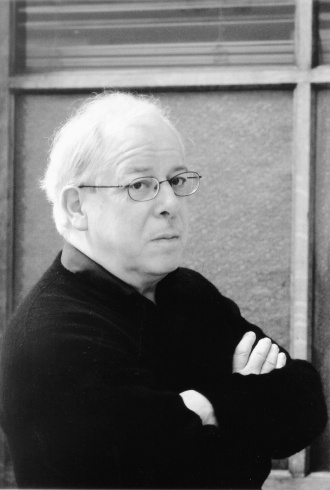 It’s obvious by now that David Thomson is never going to relinquish his unwarranted and unvarying baseline assumption about Orson Welles (see his column in today’s Guardian) that he was a failure whose life and career consisted of nothing but “decline”. Why? Because what Thomson means by success is precisely what he’s achieved himself: uncontroversial popularity and acclaim, taking popular and comforting positions that irritate no one except for a few diehards like me. If failure actually means failure to tell people what they already think and failure to support what they already believe, then I can only agree — Welles was a failure through and through. Unlike Thomson, a glorious success whose career can be described only as continuous ascent into the stratosphere. If only Welles could have turned himself into a David Thomson, goes the apparent assumption, then everybody would be happy. [10/23/09]

Postscript (10/25/09]: In a state of relative calm, I’ve just reread Thomson’s column, and can see that, okay, he’s trying to imply that Welles might have conceivably been happy when he died even without having millions in the bank. Fair enough. But his insufferable pose of pseudo-knowingness about matters he knows little or nothing about, which also suffuses every page of his Welles biography, continues to gall me.”He died, alone and broke, in a cottage in the Hollywood hills…” Has Thomson ever been there? I have, and would describe it without hyperbole as a mansion — actually a rather sumptuous Southern-style mansion that evokes, say, 20th Century-Fox’s William Faulkner adaptations of the 50s such as The Sound and the Fury and The Long, Hot Summer. Anything but a “cottage”. And “alone”? He lived with a gorgeous and brilliant artist and devoted creative collaborator who happened to be away at the time, helping to get her spectacular villa on the Dalmatian coast (I’ve been there too), which he’d already visited, in better shape for the two of them to live in more permanently. And he’d just spent the evening with some other close and valued friends, including a Sicilian prince who worked as his European business manager and his recent biographer, Barbara Leaming. Not exactly alone, in my opinion. And not exactly broke either, considering his immediate surroundings, both in Hollywood and in Croatia. And hardly inactive either. (He died, after all, in the middle of typing notes for a shooting session with his cameraman, Gary Graver, scheduled for the following day.)  But I guess it makes Thomson and his fans a lot happier if all this can be read as “failure”, to be then mitigated by their generous reappraisal that maybe he wasn’t so unfortunate after all. Thanks, fellas.