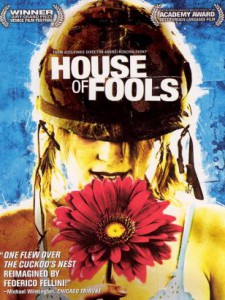 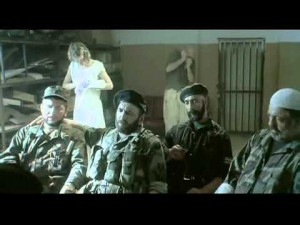 Andrei Konchalovsky’s feature — about inmates in a Russian insane asylum near the Chechnyan border who become further disoriented when Chechen soldiers take over the establishment as their temporary headquarters — is said to be based on a true story, but the writer-director is clearly pursuing some higher, allegorical truth. His lead actress, the freckle-faced Yuliya Vysotskaya, is good as a delusional patient who believes herself engaged to Canadian pop singer Bryan Adams (who plays himself in her dreams) and later transfers her fixation to one of the occupying soldiers, but her performance can’t compensate for all the pat ironies of the plot. Still, this is obviously a sincere undertaking, and there’s a certain homemade charm to the special effects used in the combat scenes (2002). 104 min. In Chechen and Russian with subtitles. (JR) 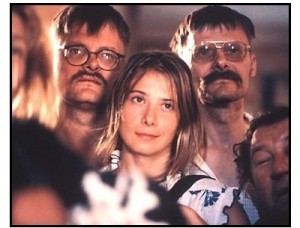