To Sleep With Anger 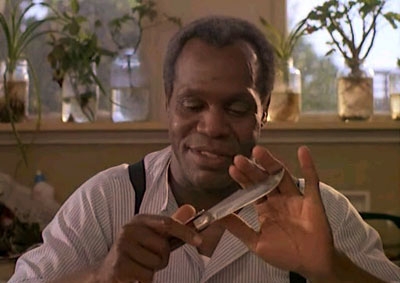 It seems scandalous that Charles Burnett, the most gifted black American director offering purely realistic depictions of black urban life, was able to make this 1990 feature only because Danny Glover agreed to play a leading role. Harry Mention (Glover), an old friend from the rural south, arrives on the doorstep of a Los Angeles family, wreaking subtle and not-so-subtle havoc on their lives. The family is headed by a retired farmer (Paul Butler) and his midwife spouse (Mary Alice), whose two married sons (Carl Lumbly and Richard Brooks) are in constant conflict. Burnett’s acute and sensitive direction is free of hackneyed movie conventions; even something as simple as a hello is said differently from the way you’ve heard it in any other movie. All of Burnett’s features have the density of novels, rich with characters and their interplay, and this one is no exception. 102 min. (JR)