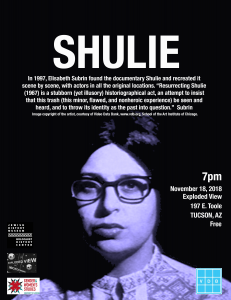 For the most part, this is a precise, shot-by-shot video “remake” of a little-known half-hour documentary film made in Chicago in 1967. The original film, made by Jerry Blumenthal, Sheppard Ferguson, James Leahy, and Alan Rettig, was a portrait of 22-year-old Shulamith Firestone as she was earning a BFA in painting and drawing at the School of the Art Institute, working for the postal service, and taking photographs (three years later she would publish The Dialectic of Sex: The Case for Feminist Revolution). The “remake” was made by Elisabeth Subrin (Swallow), a former grad student at the School of the Art Institute who worked with actors and detailed reproductions of Firestone’s paintings and drawings. This fascinating attempt at duplication ultimately has more to say about the 90s than the 60s: though it has some impact of its own as a document about prefeminist awakening, it?s more valuable as a commentary on what separates the past from the present. Kim Soss gives a good performance as Firestone, but her style of speaking is noticeably more guarded and unemotional, telling us a great deal about differences in everyday speech and body language 30 years apart. 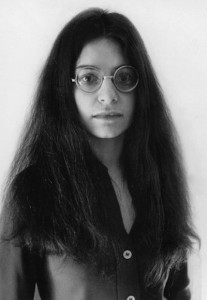