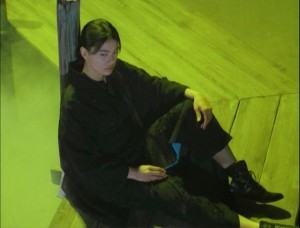 From the Chicago Reader. — J.R.

Japanese director Seijun Suzuki has called this 2001 feature a sequel to his 1967 stylistic exercise Branded to Kill. But that was a hit-man thriller in black and white; this is a sensual explosion in color, a surreal, deliriously balletic pop fantasy that defies most forms of narrative description. Shot for shot, it ranks as the most beautiful movie I’ve seen in years. The characters are four or five generations of women, most of them dressed to kill, with one, a determined hit woman named Stray Cat (Makiko Esumi), trying to shoot her way from third to first place in a hierarchy of assassins managed by an inscrutable and invisible “Guild.” The striking settings are industrial, urban, or rural locations, diverse theatrical stages, and otherworldly studio sets; the dialogue, in Japanese with subtitles, occasionally shifts to English (including recitations of Wordsworth and “Humpty Dumpty”); and the musical accompaniment periodically sounds like Miles Davis in an echo chamber. 112 min. Music Box. 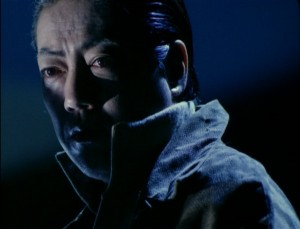