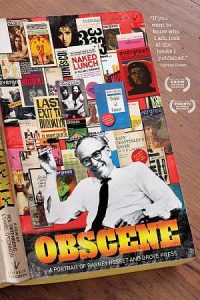 A tiresome film on an interesting subject, this 2007 documentary jives with fancy graphics and pop golden oldies as it profiles Barney Rosset, editor and publisher of the often scandalous Grove Press and Evergreen Review. The man who helped launch the career of Samuel Beckett is quickly overtaken by the one who operated a Soho literary salon while profiting as a porn merchant, and apart from noting Rosset’s wealthy Jewish-Irish origins, video makers Daniel O’Connor and Neil Ortenberg don’t give us much to differentiate him from someone like Hugh Hefner. A cable-TV interview of Rosset by Screw publisher Al Goldstein is given as much prominence as Rosset’s 1937 home movies of his trip through Europe, which suggests that swagger matters more than history or culture. There are more stupid sound bites than smart ones, but the directors don’t seem to care which is which. 97 min. (JR) 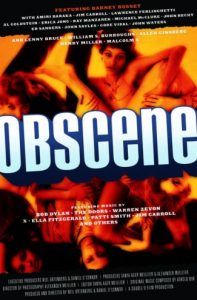