Genealogies Of A Crime 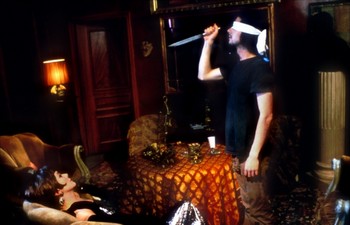 An uncharacteristically somber and mainly straightforward 1997 drama by prolific Chilean-born French postsurrealist Raul Ruiz (Three Lives and Only One Death). Catherine Deneuve plays a defense lawyer whose young client (Ruiz standby Melvil Poupaud) has murdered his aunt. (The aunt had belonged to a psychoanalytic group that believed criminal tendencies form by the age of five, an issue prominently debated throughout the film.) Over time the young man begins to associate the defense lawyer with his dead aunt while she identifies him with her dead sona relationship that grows even stranger once the two become lovers. The film has strong performances by Deneuve and Poupaud as well as by Monique Melinand (as the lawyer’s mother), Michel Piccoli (as the head of a psychoanalytic group), and Bernadette Lafont. Beautifully shot and relatively concentrated for Ruiz — who usually prefers to ramble, constructing baroque visual tangents to his fictions — it delivers the sting of a sharp novella. (JR) 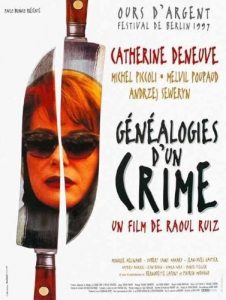