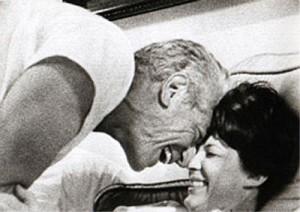 John Cassavetes’s galvanic 1968 drama about one long night in the lives of an estranged well-to-do married couple (John Marley and Lynn Carlin) and their temporary lovers (Gena Rowlands and Seymour Cassel) was the first of his independent features to become a hit, and it’s not hard to see why. It remains one of the only American films to take the middle class seriously, depicting the compulsive, embarrassed laughter of people facing their own sexual longing and some of the emotional devastation brought about by the so-called sexual revolution. (Interestingly, Cassavetes set out to make a trenchant critique of the middle class, but his characteristic empathy for all of his characters makes this a far cry from simple satire.) Shot in 16-millimeter black and white with a good many close-ups, this often takes an unsparing yet compassionate “documentary” look at emotions most movies prefer to gloss over or cover up. Adroitly written and directed, and superbly acted–the leads and Val Avery are all uncommonly good (the astonishing Lynn Carlin was a nonprofessional discovered by Cassavetes, working at the time as Robert Altman’s secretary)–this is one of the most powerful and influential American films of the 60s. 129 min. A 35-millimeter print will be shown. Gene Siskel Film Center, 164 N. State, Saturday, July 14, 8:00, and Tuesday, July 17, 8:15, 312-846-2800. 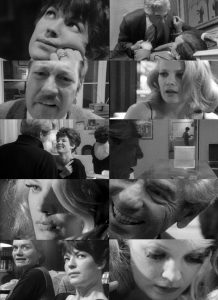