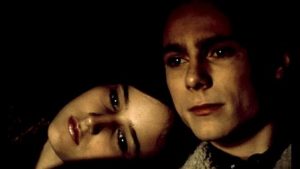 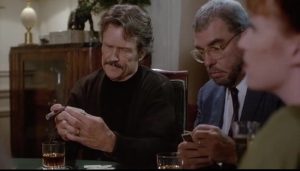 This unusually charming and touching Ismail Merchant-James Ivory film feels closer to memoir than fiction; it’s drawn from an autobiographical novel by Kaylie Jones (daughter of novelist James Jones), but Ivory, working with his usual screenwriting collaborator, Ruth Prawer Jhabvala, reportedly fleshed out the story with some of his own experiences. In “Billy,” the first of the film’s three sections, an expatriate novelist in Paris (Kris Kristofferson) and his wife (Barbara Hershey) adopt a six-year-old French boy who’s initially resented by the couple’s natural daughter. “Francis,” set a few years later, recounts the daughter’s friendship with an eccentric American schoolmate (Anthony Roth Costanzo), and Jane Birkin has a field day as his doting single mother. Yet these last two characters, as well as the family’s maid (Dominique Blanc) and her boyfriend (Isaac de Bankole), disappear in “Daddy,” which follows the family’s return to the States once the siblings are teenagers and the father’s health is deteriorating. The three parts add up to a rather lumpy narrative, and the characters are perceived through a kind of affectionate recollection that tends to idealize them, but they’re so beautifully realized that they linger like cherished friends. This is Ivory’s best film since Mr. & Mrs. Bridge, beautifully acted and inflected, with many first-rate French actors (including Macha Meril, Nathalie Richard, and Virginie Ledoyen) in smaller roles. Esquire, Evanston. 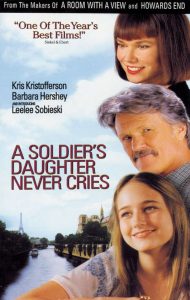