Here are three of the 40-odd short pieces I wrote for Chris Fujiwara’s excellent, 800-page volume Defining Moments in Movies (London: Cassell, 2007). Each one of these entries devoted to “scenes” has something to do with imaginatively combining animation with live-action. — J.R.

1957 / Will Success Spoil Rock Hunter? –– Rock Hunter dances through his empty office at night to an offscreen chorus (“Mr. Successful, You’ve Got it Made”). 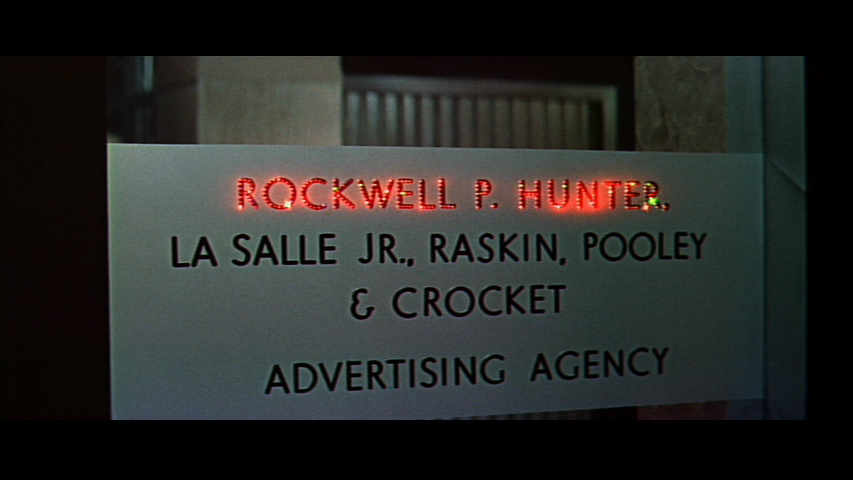 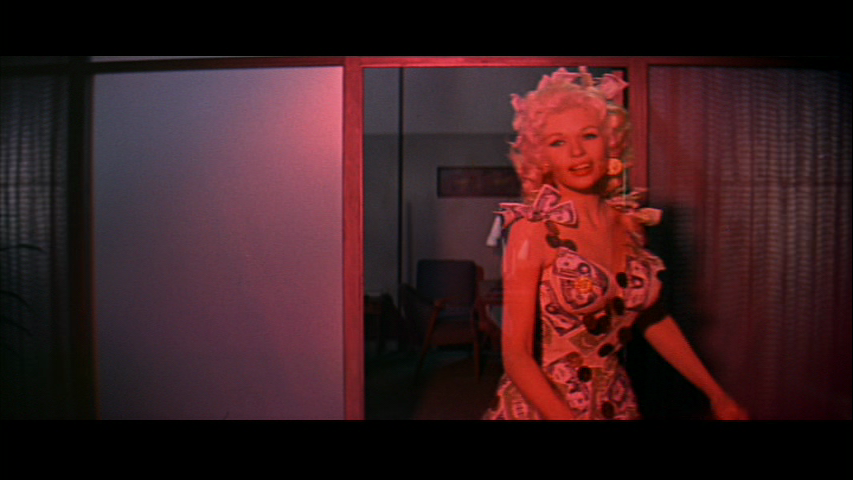 Madison Avenue adman Rockwell P. Hunter (Tony Randall) signs movie star Rita Marlowe (Jayne Mansfield) to endorse Stay-Put lipstick, thereby making his company a fortune and eventually turning him into first a first a vice president at the ad agency with a key to the executive washroom, then the new president. Before long, even though his alienated fiancée has broken off with him in disgust, he’s clearly “got it made” —- a phrase that he and this movie keep repeating so many times, in so many different ways, like a desperate mantra, that it begins to sound increasingly sinister. Perhaps the most pertinent gloss on this is offered to him by the company’s former president (John Williams), who has meanwhile happily left advertising for horticulture and offers his gloss as a kind of warning: “Success will fit you like a shroud.”

The climax of Frank Tashlin’s definitive satire of 50s America, aptly filmed in expansive CinemaScope, spells this out in glitzy neon. After Hunter says goodnight to the office cleaning ladies, the scene segues into a solipsistic musical number played out to an unseen chorus chanting “You’ve got it made” as he literally sees his name in lights, dancing deliriously through the empty executive board room under various shifting forms of expressionistic lighting. Tashlin, a former animator, makes it all look like a crazed cartoon. But by the sequence’s end, Hunter also discovers that he can’t keep his pipe lit. In the movie’s Freudian shorthand, this means that he doesn’t really feel successful after all. 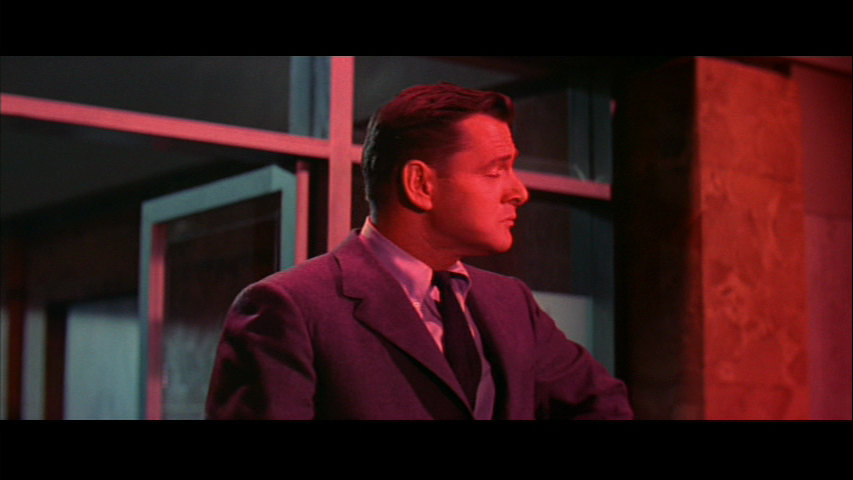 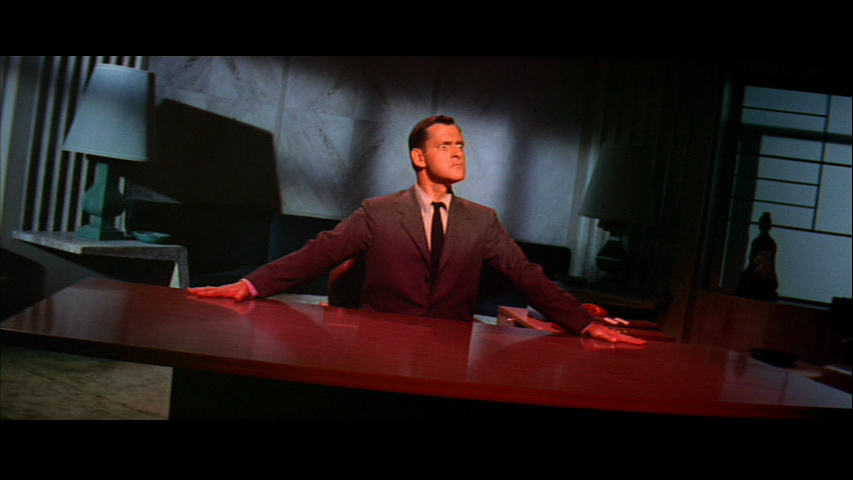 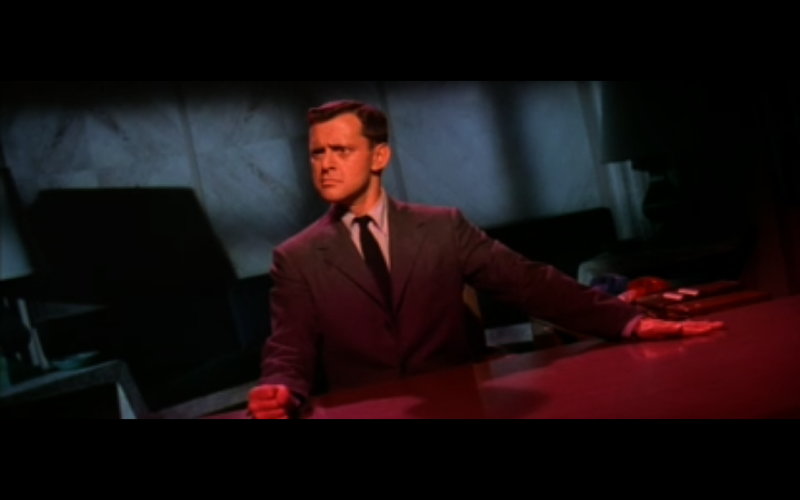 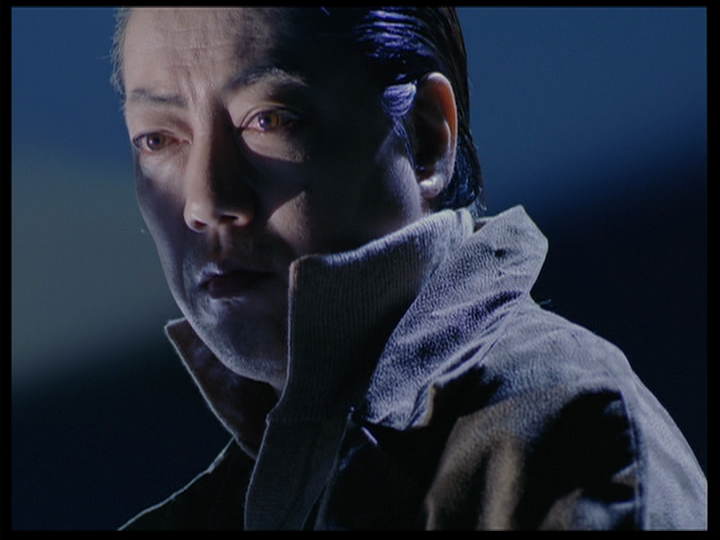 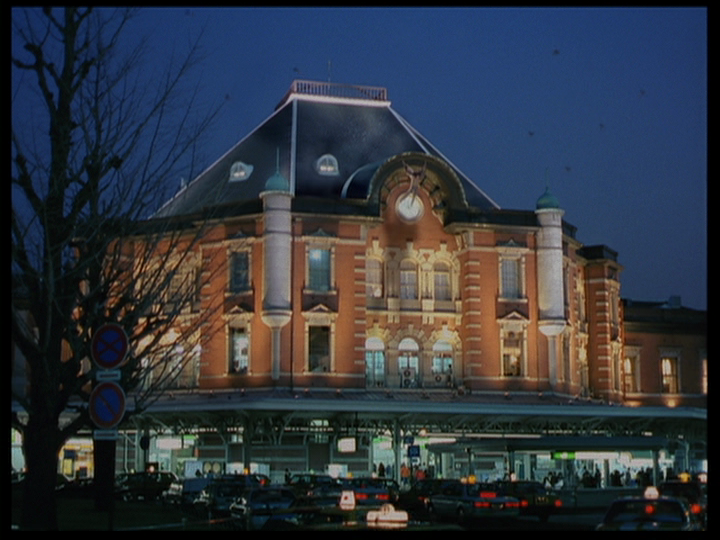 Why It’s Key: We’re alerted to this movie’s formalist hijinks at the outset.

In 1967, Japanese cult director Seijun Suzuki so enraged the president of the Nikatsu studio — where he’d already made about 40 quickie features over the past nine years  —  with his baroque hit-man thriller Branded to Kill, that he was fired for making “incomprehensible” films. Over thirty years would pass before Suzuki made a sequel, Pistol Opera, with few theatrical features in between, and one can’t exactly conclude from the results that he learned any lessons about clarity or restraint. 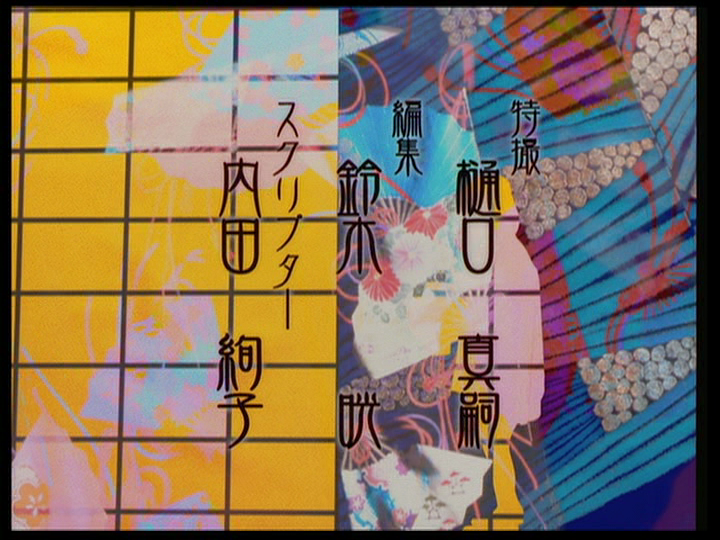 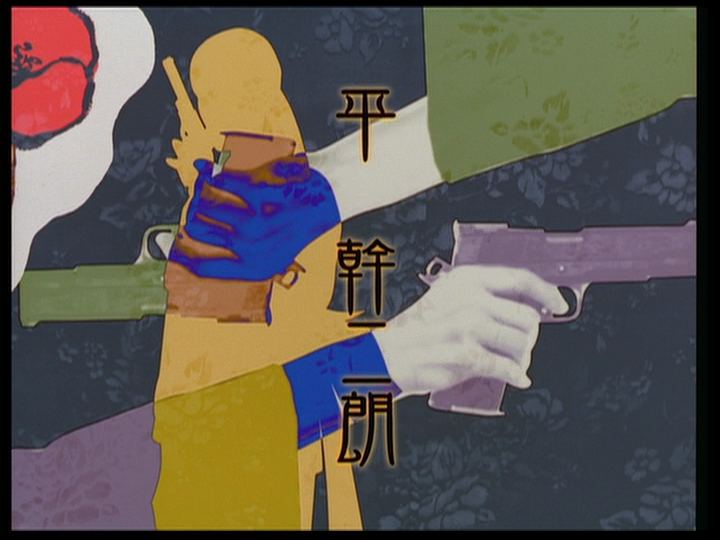 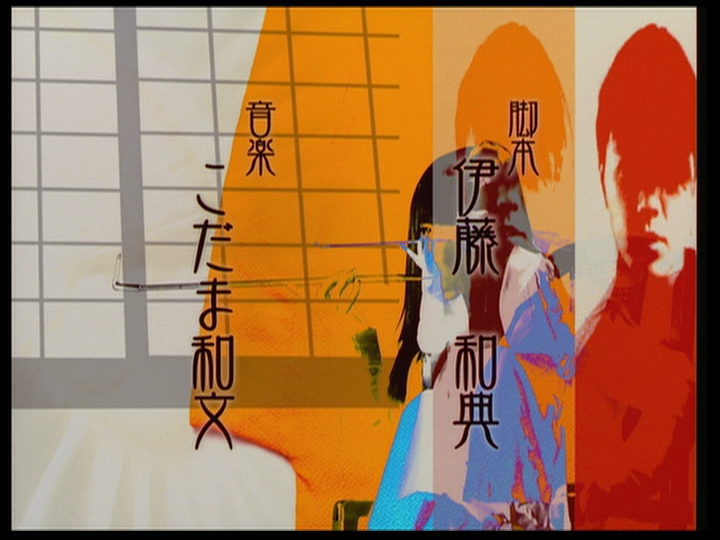 Even the pre-credits sequence about a hit-man killing or not killing another hit-man with a carefully aimed rifle — we see someone’s body in extreme long shot fall from a rooftop and dangle at the end of a rope before the supposed victim, located somewhere else, flashes a knowing grin — prepares us for something pretty abstract. What we get, though, is even loonier: to the sounds of raucous rock tinged with a hint of brassy Dixieland, punctuated periodically by shouts and punchy Japanese lyrics, dazzling graphics of eyes appear in successive strips, then sliding silhouettes and overlapping gels of pistols, vaguely human figures, and loud wallpaper designs. All these indulge in rapid crisscrossing patterns, followed by flurries of snow and the eyes of a cat. Most of this bears some relation to the action that follows, much of it having to do with a gorgeous hit-woman named Stray Cat (Makiko Esumi) killing or not killing various designated victims. But the hallucinogenic free-form colors of Disney’s 1933 The Three Caballeros may seem closer to the mark. 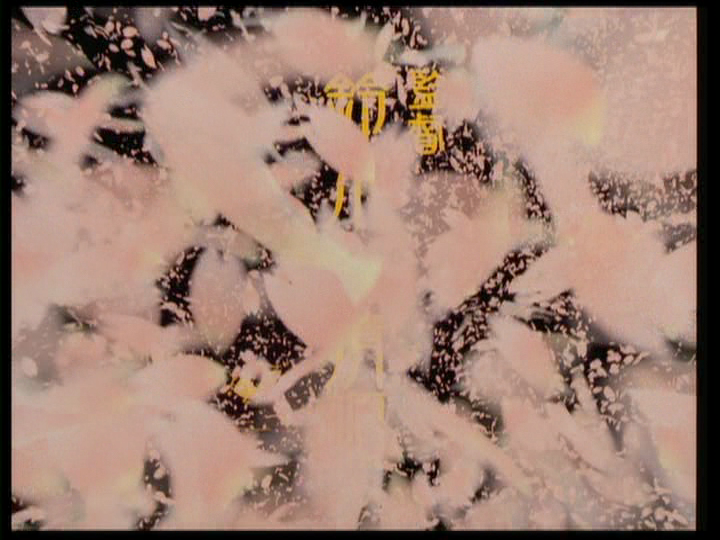 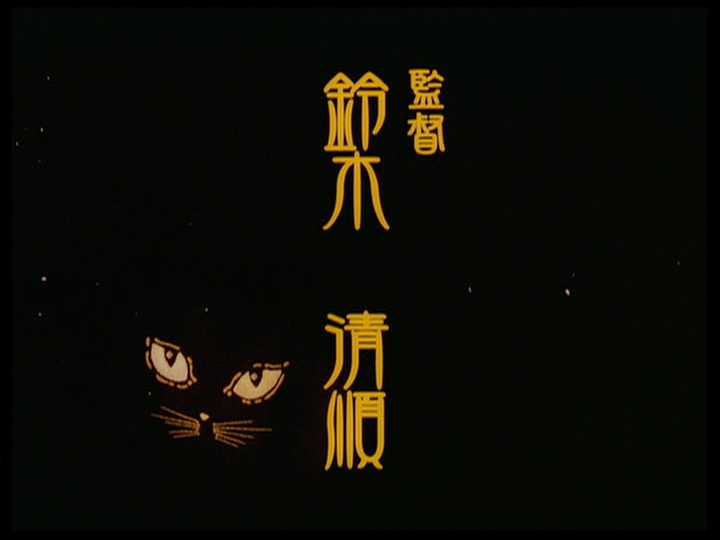 2004 / The World –– An animated sequence shows the heroine, dressed as an airline hostess, flying over a theme park called “The World”.

Why It’s Key: Even alienated employees working at a Chinese theme park can dream along with the customers. 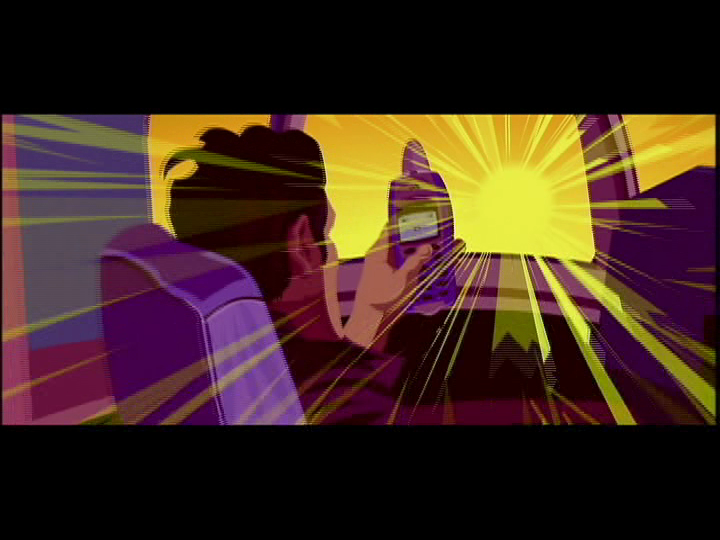 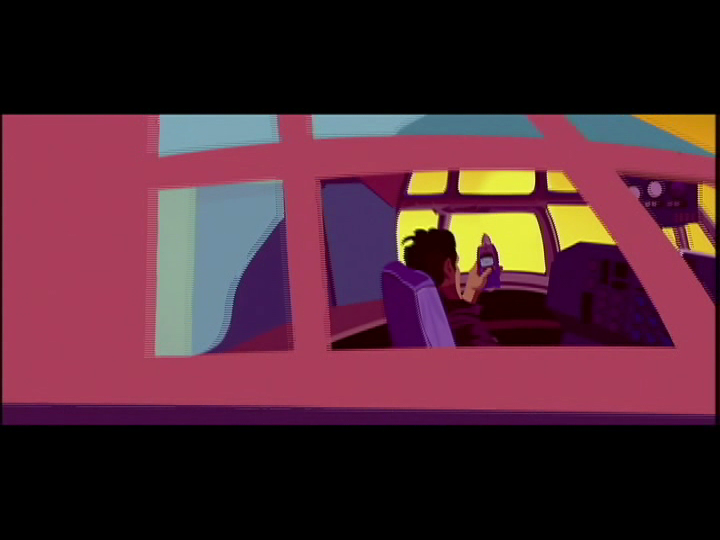 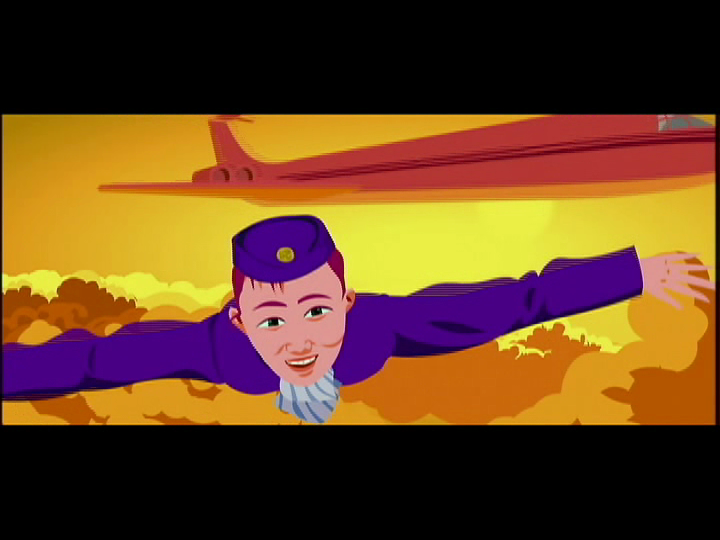 Zhangke Jia’s masterpiece — mainly set in and around a theme park called The World outside Beijing that features simulacra of such sights as the Taj Mahal, the leaning tower of Pisa, the Parthenon, and even lower Manhattan with the twin towers still intact —- concentrates on alienated employees who work there, whose intimate communications with one another are expressed mainly through furtive text messaging. In particular, we follow the shaky romance of Tao (Zhao Tao), a dancer who doubles as hostess at various attractions, wearing matching costumes, and Taisheng (Taisheng Chen), a security guard who’s been going with her ever since they both lived in Shanxi province, though lately they’ve been drifting apart.

In this scene, she’s dressed as an airline hostess inside a stationary airplane that’s one of the park’s attractions —- an exotic curiosity for tourists who’ve never been on a plane—-and sitting in Taicheng’s lap during a break from work when he receives a call on his mobile. Then he reports that he has to go see a mutual friend of theirs, but discourages her when she asks if she can come along.

The film suddenly shifts to an animated fantasy — as it periodically does when characters receive text messages and we’re allowed to catch glimpses of their secret fantasies.  In this one, we move from a cartoon version of Taisheng’s mobile to Tao in her costume flying outside the plane, high over the park and city — experiencing a freedom and exhilaration she can never find in her life. 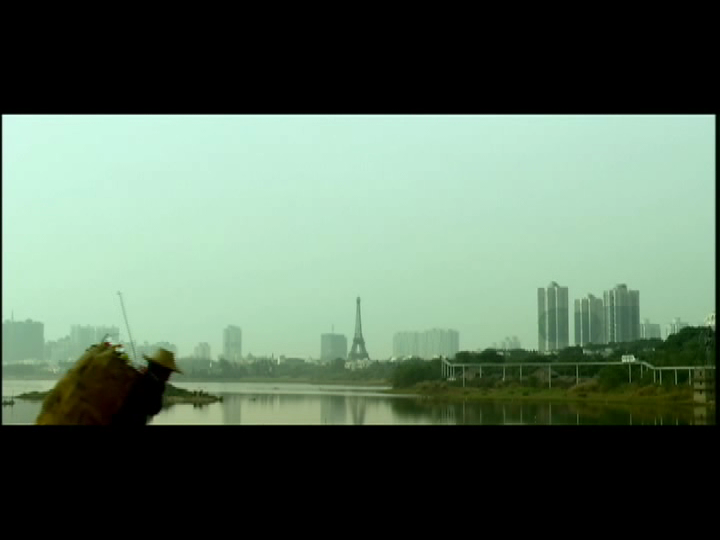 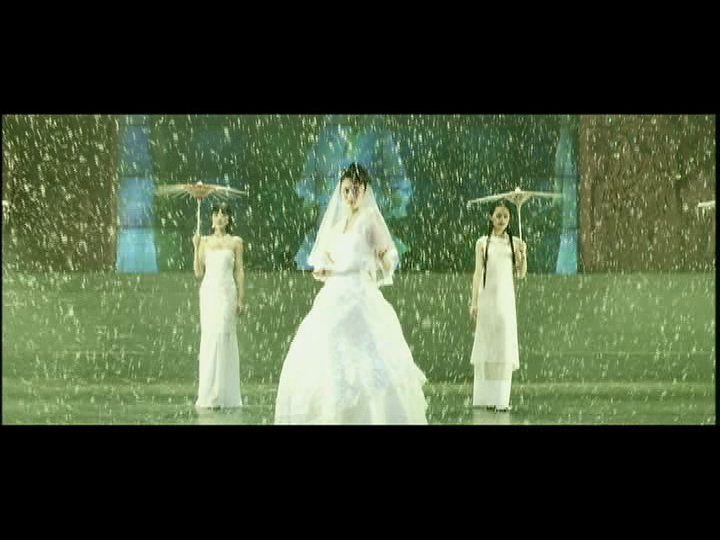 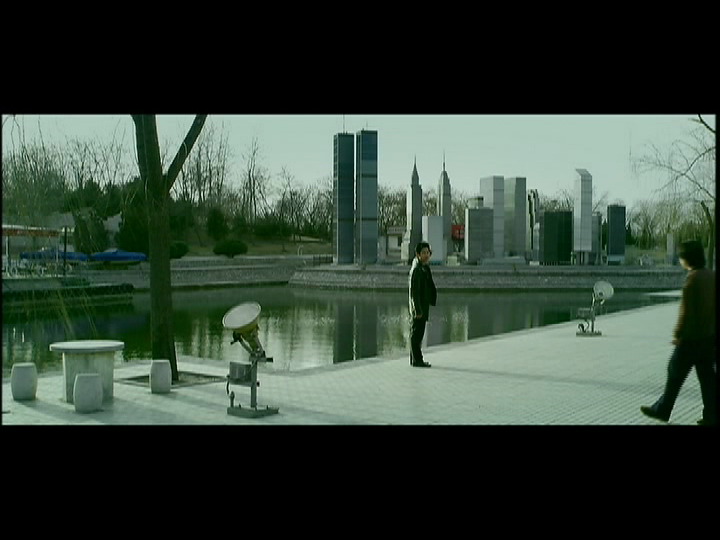