Lines and Circles [PLAYTIME and 2001: A SPACE ODYSSEY] 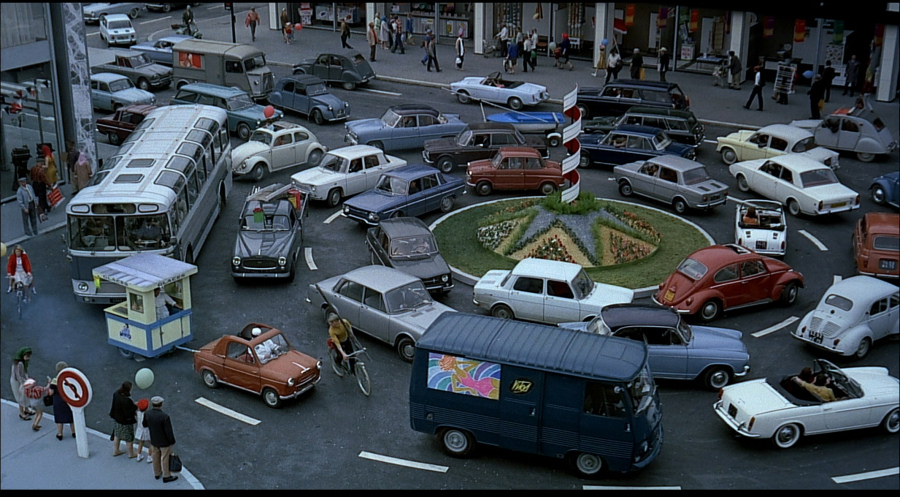 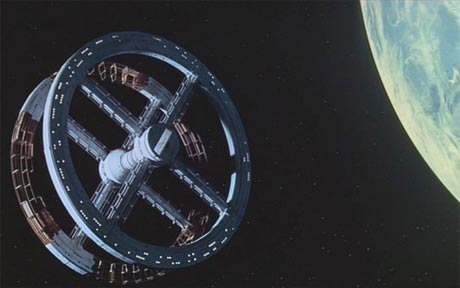 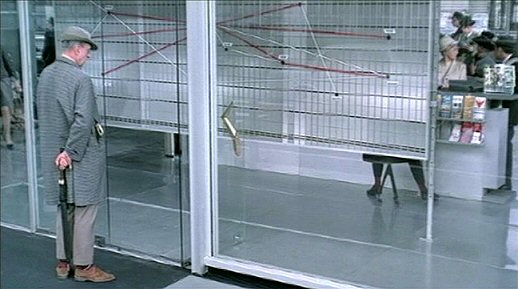 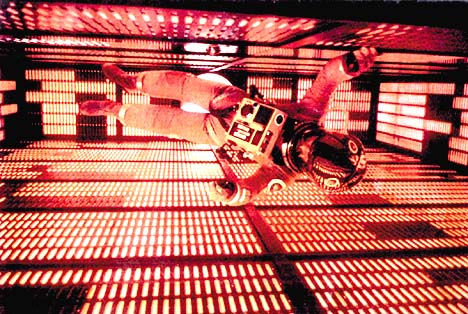 Jacques Tati’s Playtime, a contemporary comedy chronicling a day spent by American tourists and various locals in a studio-built Paris, premiered in 70 mm (or, more precisely, according to Criterion, 65 mm) in Paris on December 16, 1967; at the time it was 152 minutes long, and over the next two months — under pressure from exhibitors, and to avoid an intermission — Tati reduced the length by 15 minutes.

Stanley Kubrick’s 2001: A Space Odyssey, a science fiction adventure that stretches roughly from East Africa in the year 4 billion B.C. to the outskirts of Jupiter around 2002, first opened in Cinerama in Washington, D.C., on April 2, 1968, and then, in the same format, in New York the following day and in Los Angeles on April 4, during which time it was 158 minutes long; over the following week, based on his own responses to audience reactions, Kubrick in New York reduced its length by 19 minutes, making it only two minutes longer than the shortened Playtime.

Large-format restorations of both these films, along with David Lean’s 1962 Lawrence of Arabia, are coming this month to the TIFF Bell Lightbox in Toronto for extended runs. Read more 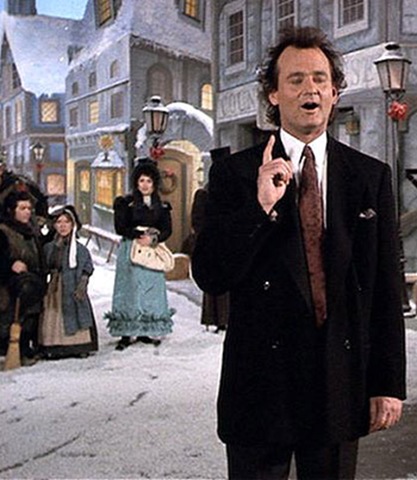 A comparable game for the gullible is performed by Scrooged, which attempts to obfuscate its own apparatus as thoroughly as that magazine did 20-odd years ago. I know we’re all supposed to be more knowledgeable and therefore more cynical about the media today. Read more 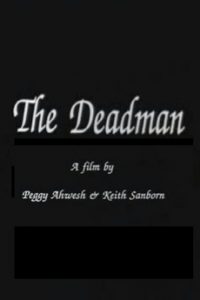 Running 37 minutes, Peggy Ahwesh and Keith Sanborn’s free and liberating (as well as liberated) 1989 adaptation of Georges Bataille’s untranslated story Le morte is one the most exciting and accomplished experimental film I saw during the 1990s. It charts the adventures of a nearly naked heroine who leaves the corpse of her lover in a country house, goes to a bar, and sets in motion a scabrous free-form orgy before returning to the house to die. The film manages to approximate the transgressive poetic prose of Bataille while celebrating female sexual desire without the usual patriarchal-porn trimmings. Equally remarkable for its endlessly inventive sound track and its beautiful black-and-white photography, it bears the earmarks of an authentic classic. The relationship between the visual storytelling, the ornate printed titles, and the occasional voice-over is both subtle and complex, mixing tenses and cross weaving modes of narration with a unique fusing of abandon and rigor. (JR) 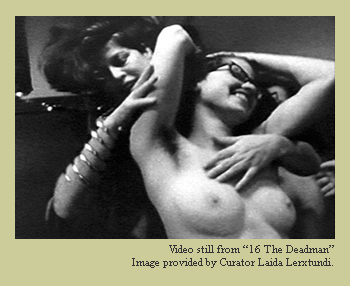