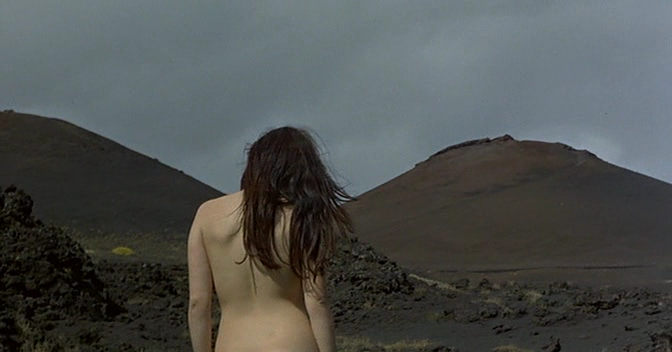 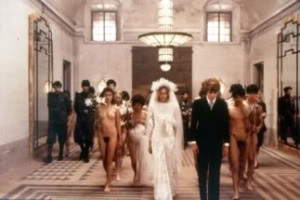 Based on the 120 Days of Sodom

By the Marquis de Sade 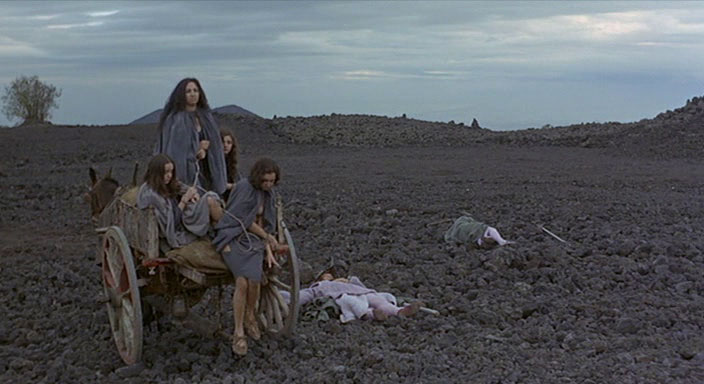 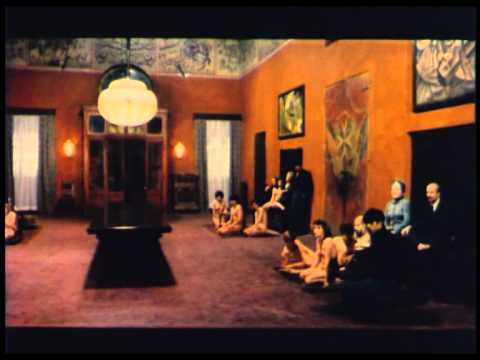 “The problem with Pasolini,” a friend observed to me succinctly many years ago, “is that he wants to be fucked by Jesus and Marx at the same time.” A “pre-industrial,” populist poet and novelist from northern Italy whose relation to the Catholic Church and the Italian Communist Party were as passionately idiosyncratic as the homoeroticism of his films, Pasolini remains, nearly five years after his brutal murder, an indigestible provocateur in relation to our culture – someone who can be neither entirely absorbed nor totally rejected, but lingers like a troubling, irritating sore.

The recent and very belated release of his version of The Canterbury Tales (1972), the second part of his “trilogy of life” after The Decameron (1971), offers spectators a chance to catch more farting jokes than can probably be found in Blazing Saddles. His vastly superior version of The Arabian Nights (1974), which rounds off the trilogy –- probably the most sustained flirtation with paganism to be found in his work –- has yet to reach these provincial shores.

Pigpen (1969) and Salò (1975), on the other hand –- two somewhat related and much less hopeful movies about the worst in us, which are turning up in successive weeks (and on three separate double bills) at the Bleecker –are still around to demonstrate what makes this director so problematical.

Salò, I should confess, is the only conceivably great film that I can think of that I’ve felt no strong desire to see more than once: rightly or wrongly, I decided that the one time I saw it (at La Pagode in Paris, four years ago) was more than enough. Pigpen I’ve seen twice: at the 1969 New York Film Festival, and late last month (through the courtesy of New Line Cinema, its 16mm distributor); and neither time has it seemed like a great film, or even a very good one –- although it sure smacks a lot of the late 60s now. 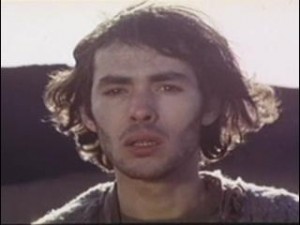 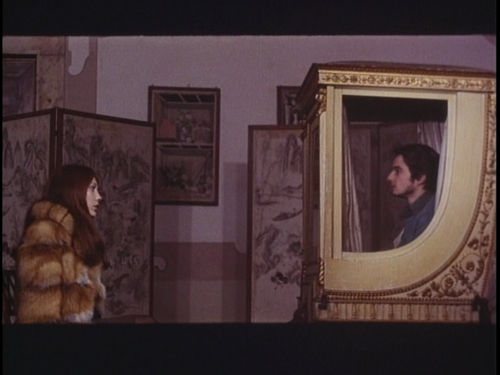 Pigpen intercuts two horrific stories. In one, a silent, starving hippie (Pierre Clementi) in a vaguely medieval period, wandering through a striking volcanic wasteland (a splendid location used at the end of Pasolini’s 1968 Teorema), becomes a cannibal and attracts a band of followers, all of whom are caught and sentenced to death by representatives of the Church. Just before he’s tied down to be devoured by dogs – a fate only discreetly hinted at in long shot – the hero utters one sentence several times: “I killed my father, ate human flesh, and I tremble with joy.”

In the other story, a talkative, wealthy, German hippie named Julien Klotz (Jean-Pierre Léaud, with an Italianate fringe of beard), son of a powerful industrialist, pontificates about feeling split between the student revolutionaries and the conformists to an adoring, radical admirer (Anne Wiazemsky) in and around a palatial mansion. Then, as he goes into and out of a cataleptic coma, his father (Alfredo Lionello, with a Hitler moustache), learns from a private detective (Marco Ferreri) that a competitor he’s planning a merger with (Ugo Tognazzi) is a former Nazi butcher with a facelift, while the former Nazi learns from his own private detective that Julien, an apparent virgin, has been regularly fucking a pig. As the magnates celebrate their newly formed joint empire of “beer, buttons, and cannons,” a peasant (Ninetto Davoli — a Pasolini standby who also witnesses the demise of Clementi in the other story) reports that Julien has been eaten alive by a pig. After being assured that not a single trace of Julien is left, the Nazi says, “Okay. Shhh! Don’t tell anyone.” End of movie. 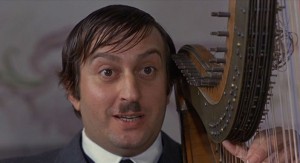 Primarily a writer in his conceptions, Pasolini doesn’t always translate well. Even without any fluency in Italian, I’m inclined to blame part of the stiffness of Pigpen on the unhappy English subtitler, who lets Wiazemsky say of her fiancé, Puby Jannings, “His reformism is clean, his morale strong,” and allows a poetic refrain of Julien to come across like a parodic, disco version of Look Homeward, Angel: “A fallen leaf…a creaking door…a grunt.” But part of the blame can be placed on Pasolini, too. The actors in question here are the second Mme. Godard and the movie-star stand-in for the French egos of Truffaut, Godard, Rivette, Eustache, and even Bertolucci; the fact that they’re both supposed to be German (along with Lionello, Ferreri, and Tognazzi) –- although they’re dubbed by other actors to speak Italian, thereby depriving them of half their acting equipment –- helps to account for some of the allegorical fuzziness and material indifference, which allows Pasolini to wallow in certain tortured pet conceits without ever really testing them.

The conception of Pigpen remains basically literary, despite the rather mechanical decision to alternate between extreme long shots and close medium shots in both intercut stories. Beyond this repetitive seesawing pattern, the staging of the German story is so subservient to the verbiage that the mindless ricochet between angle and reverse-angle in the dialogue quickly comes to resemble painting with numbers. (The Clementi sequences work much better in film terms even though they seem to occur east of nowhere, because the volcanic landscape functions at least as an exciting location.) It seems significant that virtually all the horror-show stuff about consumerism, cannibalism, and bestiality is kept stubbornly offscreen, making the movie more of a blueprint or prospectus than a realized construction. 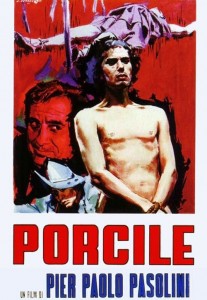 I wouldn’t –- couldn’t -– say the same thing about the terrifying Salò, which, as the late Roland Barthes pointed out, derives its powerful impact largely from its literalness: staging the tortures of de Sade’s The 120 Days of Sodom point by point, detail by detail, even though Pasolini enforces a kind of shotgun marriage between this novel and a relatively recent historical phenomenon by situating all his simulated atrocities in the last stronghold of Italian Fascism, established in a town on Lake Geneva in 1943. Like it or not, Salò is a realized work that accomplishes a good deal of what it sets out to do -– to appall us with the spectacle of our own worst capacities, and to confront us with the even more disturbing and conflicted responses that this may elicit in us.

If an  underlying motto of Jean Renoir’s profoundly humanist The Rules of the Game (1939) is that “everyone has his own reasons,” the terrible achievement of Pasolini’s last work is to turn this notion on its head –- assume that everyone can be regarded as an object -– and then apply this postulate to the most disgusting antihuman events imaginable, while retaining the Renoir strategy of refusing to take sides.

It is this adamant refusal on Pasolini’s part that makes the experience of watching Salò so unbearable – the deliberate absence of a fixed moral perspective from which we can conceivably identify with either side, the torturers or the tortured. Unlike, say, Jack Nicholson’s Porky Pig imitations in The Shining, there is nothing in Salò that allows us to feel superior to the people that we’re watching, and the lack of this solace soon becomes horrifying.