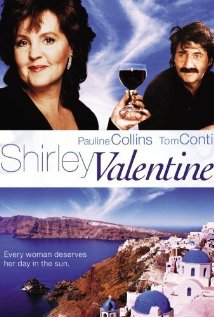 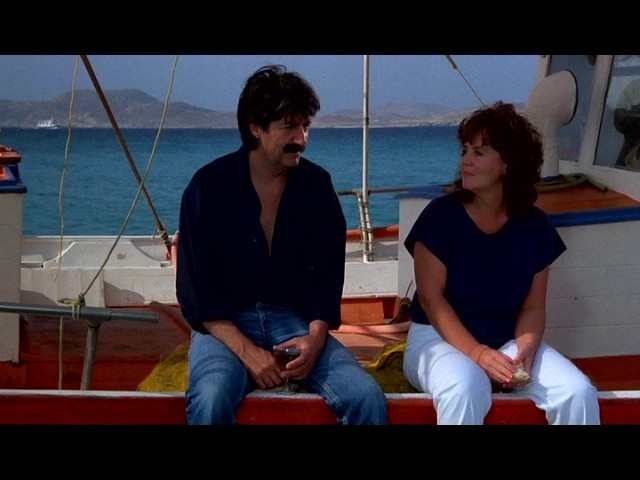 I had my first experience of English theater in London’s West End around the mid-1960s–a program of three one-act plays written by and starring Noel Coward. (I no longer remember the show’s title, but I believe it was Coward’s last theater piece.) [2011 postscript: this was Suite in Three Keys, in 1966.] The plots of all three plays were fairly slender, and the mise en scene, as I recall, was strictly conventional. What was remarkable about the overall performance, and quite characteristic (as I soon discovered) of the English theater in general, was the extraordinary, almost conspiratorial rapport between Coward the actor and his audience — a very cozy kind of intimacy that reflected the appeal of the three characters Coward was playing and very little else. The stories and direction were nothing more than the recipes and the cooking necessary to serve these characters up to the public for its delectation, and once combined the ingredients retained no attributes of their own; all that remained was Coward’s plump, juicy, quirky personality.

This appreciation of character is more than just a staple of English theater. It’s also an essential aspect of English cinema, and it helps explain why that cinema as a whole has rightly been called “uncinematic.” (Even a recent and uncommon masterpiece such as Distant Voices, Still Lives, which is uncharacteristically cinematic in both form and style, draws on some of the resources of this taste and tradition.) The two essential ingredients of English cinema are words and characters rather than shots, camera movements, editing, mise en scene, or any of the other elements of directorial style, and if a handful of remarkable English directors — chiefly Alfred Hitchcock and Michael Powell — have nevertheless managed to make their own expressive mark with their work, they still are the exceptions in English cinema rather than the tradition. Most of the others — from Carol Reed and David Lean to Stephen Frears and Mike Leigh — are generally valued for the relative invisibility rather than the assertiveness of their creative personalities.

Shirley Valentine is a minor but extremely likable work in that hallowed tradition. Pauline Collins, as the title character — a 42-year-old Manchester housewife and mother who is trying to get a grip on her younger self and redefine her life in relation to it — is virtually the entire show, and she makes the most of it. (In the one-woman stage version, from which the movie was adapted, Collins was literally the entire show.) She spends much of her time addressing the wall in her kitchen and/or the camera — much more than she addresses any fellow character — yet she quickly establishes an intimacy with the audience that carries the movie along and eventually takes it somewhere.

The device of addressing the camera here has nothing to do with the modernist impulse of a director like Jean-Luc Godard; it is used strictly as a theatrical device, in the same way and for the same reasons that a character in a play might address the audience — and presumably in the same way and for the same reasons that Shirley Valentine-Bradshaw addressed the audience when this material was in play form. This device was utilized in Alfie (1966), a well-known earlier film also directed by Lewis Gilbert, but it is hard to regard either Alfie or Shirley Valentine as “a film by Lewis Gilbert.” Gilbert worked with Shirley Valentine’s screenwriter, Willy Russell, on Educating Rita (1983), which also shares certain traits with Shirley Valentine, but it seems almost equally wrong to regard these two films as Russell-Gilbert works, in spite of the importance of their contributions. In the final analysis, when we think of all three of these films, we think of the actors starring in them: Michael Caine in Alfie, Caine and Julie Walters in Educating Rita, and Pauline Collins here. 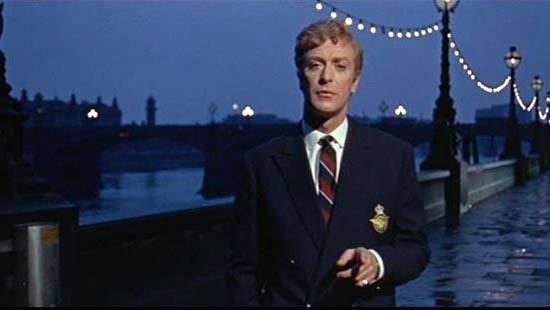 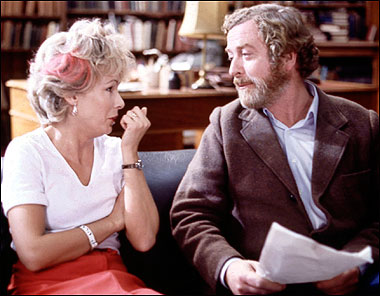 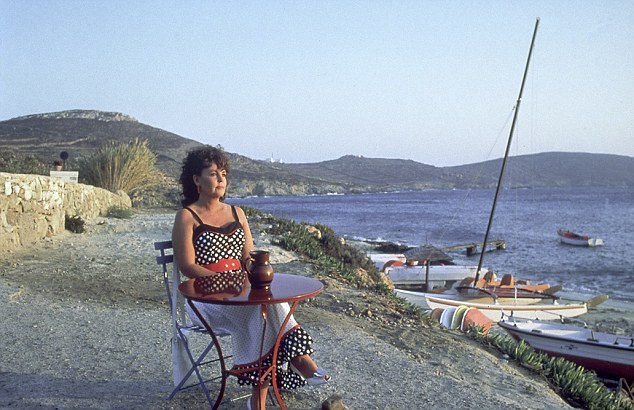 In the first part of the film, Shirley tells us some inconsequential things about her everyday existence, and a few incidents that illustrate them are related in flashback — her affected vegetarian neighbor Gillian (Julia McKenzie); Shirley’s circle of younger female friends, whom she calls the “clitoris kids”; her unimaginative and habit-driven husband Joe (Bernard Hill). (She occasionally comments on them with pithy aphorisms, e.g., “Marriage is like the Middle East, isn’t it? There is no solution.”) We also learn about her apparently feminist friend Jane (Alison Steadman), who wins a free two-week holiday in Greece for two and tries to persuade Shirley to join her on the trip.

Eventually Shirley’s recollections take her further back in time, to her days as a schoolgirl, in particular to the prejudicial treatment she received from her teachers, and her jealous and resentful feelings toward the class favorite, Marjorie Majors (Joanna Lumley), which intensified her rebellious nature. She wonders what ever happened to Shirley Valentine, the free spirit she was before she became a household drudge.

Interspersed with her recollections are periodic appearances by her husband Joe, demanding his afternoon tea. He causes a scene when she doesn’t serve him his usual Thursday dinner of steak, which precipitates Shirley’s decision to take her friend Jane up on her offer of the trip to Greece. She goes shopping for a Greek phrase book, suntan lotion, and some clothes, and goes to get a passport.

Just before Shirley is about to leave with Jane for Greece (without telling Joe), her daughter Milandra (Tracie Bennett) turns up at the front door. She treats her mother like a servant and stomps out in rage when Shirley explains that she’s about to leave for Greece, interpreting her mother’s trip as an opportunity to have illicit sex. (On the whole, this is the weakest scene in the film — not only because Milandra is such a caricature, but because the whole issue of Shirley’s motherhood seems glossed over. The relative absence of both of Shirley’s children from the plot points up this deficiency in the script.)

I won’t dwell on what happens to Shirley in Greece, which makes up the remainder of the film, except to note that while sex does play a passing role in her holiday (courtesy of Tom Conti), it isn’t the most important part of her liberation and rediscovery of herself. One of the staples of English levelheadedness is arguably a kind of sexual freedom that isn’t discussed or acknowledged much in our own culture — a freedom from sex and sexuality that we tend to regard exclusively as repression, but which in England is more commonly regarded as a viable social option, an integral part of one’s personal freedom. Shirley’s own relation to this possibility is one of the saner aspects of her personality, and given the different expectations of her friends, family, and fellow tourists, the expression of this attitude is part of what makes the Englishness of this film rather refreshing in an American context. 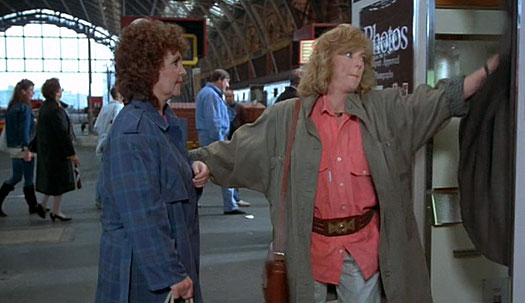