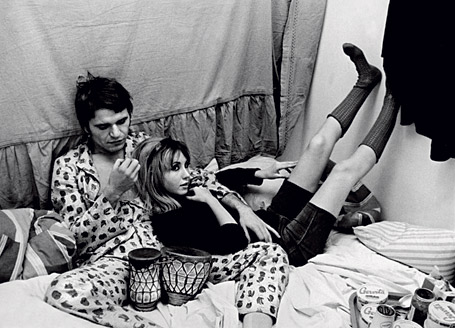 Rightly described by Dave Kehr as Jacques Rivette’s “breakthrough film, the first of his features to employ extreme length (252 minutes), a high degree of improvisation, and a formal contrast between film and theater,” this rarely screened 1968 masterpiece is one of the great French films of its era. It centers on rehearsals for a production of Racine’s Andromaque and the doomed yet passionate relationship between the director (Jean-Pierre Kalfon) and his actress wife (Bulle Ogier, in her finest performance), who leaves the production at the start of the film and then festers in paranoid isolation. The rehearsals, filmed by Rivette (in 35-millimeter) and TV documentarist Andre S. Labarthe (in 16), are real, and the relationship between Kalfon and Ogier is fictional, but this only begins to describe the powerful interfacing of life and art that takes place over the film’s hypnotic, epic unfolding; watching this is a life experience as much as a film experience. In French with subtitles. Sat 5/19, 3 PM, and Thu 5/24, 6 PM, Gene Siskel Film Center. 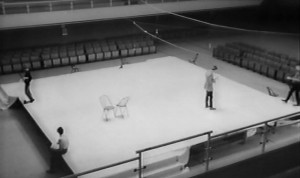 Possibly from the October 26, 1995 issue of Chicago Reader. I’m only guessing, because the Reader itself dates this review a decade earlier, about seven years before the film was made. — J.R. 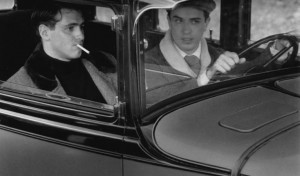 Tom Kalin’s 1992 first feature is a postmodern retelling of the Leopold and Loeb story, playing up the suppressed gay subtext (at their murder trial in 1924 and then in prison) and playing down more familiar aspects of the case, such as Clarence Darrow’s role. Strikingly shot in black and white by Ellen Kuras and generally well acted, the film is a bit pedantic and mechanical in its revisionism and not always persuasive in its treatment of the period, yet it still carries some interest—if you can accept its polemical stance of treating the men’s crime as a secondary issue. With Daniel Schlachet, Craig Chester, Ron Vawter, Michael Kirby, Michael Stumm, and Paul Schmidt. 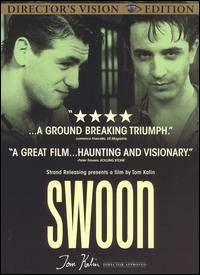 THE MAD SONGS OF FERNANDA HUSSEIN

I no longer recall where this was written for and/or published, but I’m pretty sure it was written in 2004. Eight years later, having just seen Far from Afghanistan at the Toronto film Festival — a film that John Gianvito organized, shot a portion of, and edited, playing a role somewhat comparable to that of Chris Marker on Far from Vietnam — I’m reminded yet again of how irreplaceable and precious John is to to the conscience and, yes, endurance of American cinema. — J.R.

A rare act of bearing witness, The Mad Songs of Fernanda Hussein is the only film I know that gives ample voice to the rage and despair felt by many Americans during the Gulf war —- a loose, disparate, disorganized, and virtually invisible group of individuals in which I’d include myself. Many of us are experiencing comparable emotions at the moment, after September 11 and the terrifying fantasies of consensus that have followed, most of them involving present and future American invasions and conquests.

All this gives John Gianvito’s 168-minute feature an urgency that he couldn’t have anticipated when he finished the film early last year. It also makes me feel grateful personally, in a way that goes beyond critical approval, if only because it proves to me and several others that we aren’t alone.… Read more » 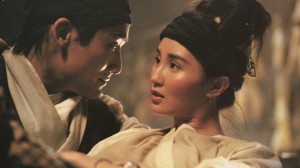 Leaner and meaner than usual, Maggie Cheung plays the dominatrixlike manager of an inn that caters to rowdy thieves during the Ming dynasty. The action editing in this 1992 Hong Kong comedy adventure can be as pleasurably incoherent as the subtitles (Don’t you scare of death? . . . I don’t give it a damn! . . . I can tell you are bad eggs from the first sight). Apart from the hyperbolic bloodletting in the final explosion of violence, in which one character is partially reduced to a skeleton, discontinuity reigns supreme as far as character, plot, and sometimes even gesture are concerned. (The stunt doubles probably deserve to share billing with the stars.) Cheung’s romantic rival for Tony Leung (the tall Tony Leung, not the one who costarred with her in In the Mood for Love) is her frequent cohort Lin Hsing-hsia. Raymond Lee directed this remake of a film by King Hu, and Tsui Hark produced. 90 min. (JR) 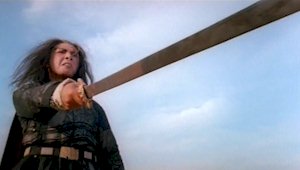 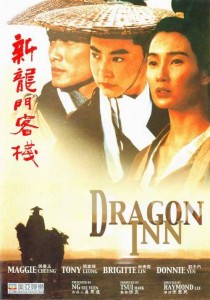