The Story Of A Cheat 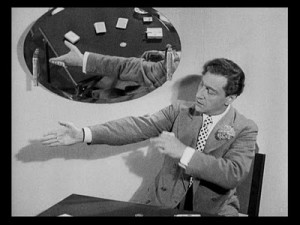 Widely regarded as Sacha Guitry’s masterpiece (though I’d place it below The Pearls of the Crown), this 1936 tour de force can be regarded as a kind of concerto for the writer-director-performer’s special brand of brittle cleverness. After a credits sequence that introduces us to the film’s cast and crew, Guitry settles into a flashback account of how the title hero learned to benefit from cheating over the course of his life. A notoriously anticinematic cineaste whose first love was theater, Guitry nevertheless had a flair for cinematic high jinks when it came to adapting his plays (or in this case a novel) to film, and most of this movie registers as a rather lively and stylishly inventive silent film, with Guitry’s character serving as offscreen lecturer. Francois Truffaut was sufficiently impressed to dub Guitry a French brother of Lubitsch, though Guitry clearly differs from this master of continental romance in that his own personality invariably overwhelms his characters. In French with subtitles. 85 min. (JR) 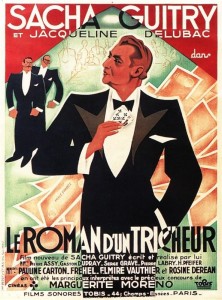