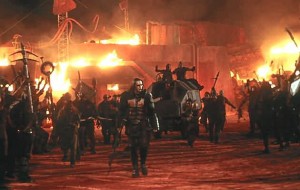 John Carpenter at his most enjoyable generally means ‘Scope, working-class sass, kick-ass antiestablishment heroes, typecast villains who individually suggest quiet serial killers and collectively resemble hordes of whooping savages, a minimalist music score by Carpenter himself, and an overall affection for the way action movies looked and sounded 50 years ago. This movie — an action romp in which cops and prisoners go up against vengeful martian spirits on a colonized Mars in the year 2176 — adds a few more likable ingredients: a flashback structure with several overlapping points of view, great use of Ice Cube and Pam Grier, lap dissolves, and a notion of shifting alliances that keeps things hopping. (Natasha Henstridge as the head cop is pretty lively too.) As in many other Carpenter movies both good and bad, a lot of the cramped settings can be traced back to the original version of The Thing. With Jason Statham, Clea DuVall, and Joanna Cassidy; Larry Sulkis collaborated with Carpenter on the script. 98 min. (JR) 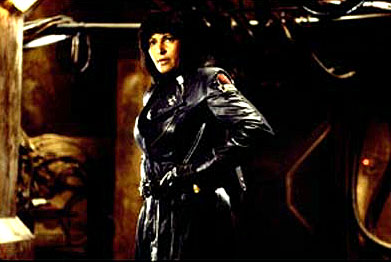