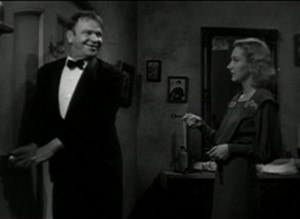 The screenwriter hero of Barton Fink is assigned to script a Wallace Beery wrestling picture: this 1932 feature — directed by John Ford and scripted by Edmund Goulding, Moss Hart, and an uncredited William Faulkner, among others — is the only real-life movie matching that description. Beery, a good-hearted dope working as a waiter in a German beer garden, falls for an American ex-convict (Karen Morley) linked to a gangster (Ricardo Cortez). They delude and exploit him even after he marries Morley, becomes a big-time wrestling champ, and moves with her to the U.S. Ford was still under the spell of F.W. Murnau’s Sunrise (1928) when asked to take over this project at MGM, and some traces of German expressionism linger in his pictorial style. He wrests a lot of feeling out of Beery’s cheerful dim-wittedness, making his muddle seem almost enlightened and avoiding the masochism an Emil Jannings would have brought to the part. The strong secondary cast includes Jean Hersholt, Vince Barnett, and Ward Bond. 95 min. (JR) 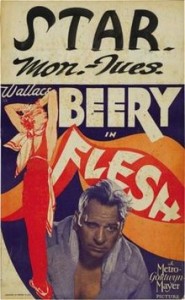