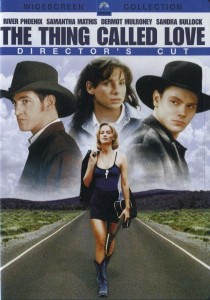 The late River Phoenix, Samantha Mathis, Dermot Mulroney, and Sandra Bullock all play young country-music hopefuls in a touching romantic comedy-drama inspired by Nashville’s Bluebird Cafe. For perverse reasons known only to itself, Paramount has elected to bury this movie, but the Music Box, bless it, has decided to open it anyway. It bears as little relation to the real Nashville as Altman’s 1975 feature, but director Peter Bogdanovich, the talented cast, and the credited (Carol Heikkinen) and uncredited screenwriters (Bogdanovich, cast members, and Pump Up the Volume‘s Allan Moyle) are so busy conjuring up a charming world of their own that I certainly didn’t mind. Mathis and Bullock are especially good, and Phoenix and Mulroney do a fair job of playing out a jealousy-prone friendship as if they were Jeff Bridges and Timothy Bottoms in Bogdanovich’s The Last Picture Show. With Trisha Yearwood. Music Box, Friday through Thursday, January 21 through 27. 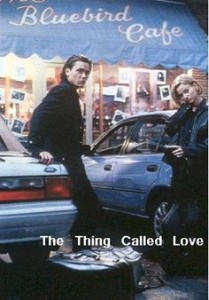