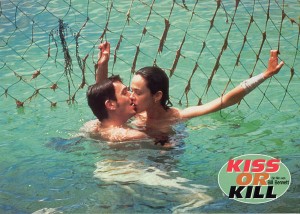 Who needs another killer couple fleeing cross-country with cops in hot pursuit? Yet thanks to this 1998 Australian thriller’s aggressive and unnerving formal approach — jump cuts that hurtle us through the story like a needle skipping across a record and an inventive camera style that defamiliarizes characters as well as settings — the characters’ paranoia is translated into the slithery uncertainty of our own perceptions: this is the most interesting reworking of noir materials I’ve seen since After Dark, My Sweet and The Underneath. The creepy alienation of the lead couple (Frances O’Connor and Matt Day) from their victims and the world in general is eventually replicated in their own relationship, and variations on the same kind of mistrust crop up between the cops pursuing them and in just about every other cockeyed existential encounter in the film. Apart from some juicy character acting and striking uses of landscape, what makes this genre exercise by veteran director Bill Bennett special is the metaphysical climate produced by the style, transforming suspense into genuine dread. The outback is an eyeful too. 95 min. (JR) 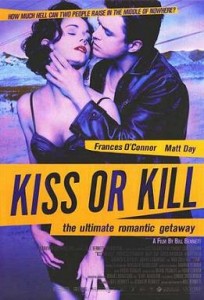