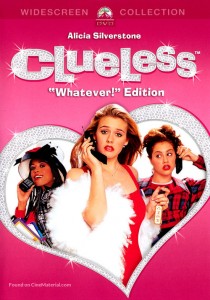 If you gave up on writer-director Amy Heckerling after Look Who’s Talking and its sequel, this 1995 comedy — improbably but cleverly adapted by Heckerling from Jane Austen’s Emma — might get you interested again. As in Fast Times at Ridgemont High, her first feature, Heckerling displays a nice feeling for teenagers — teenage girls especially — and some flair for witty dialogue. Here she’s concentrating on the travails of a wealthy but good-hearted Beverly Hills consumer (Alicia Silverstone) as she tries to establish a romance between two of her teachers (Wallace Shawn and associate producer Twink Caplan), make over a new transfer student (Brittany Murphy) with the help of her best friend (Stacey Dash), pass a driving test, and lose her virginity. Though this drifts at times as storytelling, it’s mainly lightweight but personable fun. With Paul Rudd, Donald Faison, Elisa Donovan, Jeremy Sisto, Julie Brown, and Dan Hedaya. 97 min. (JR) 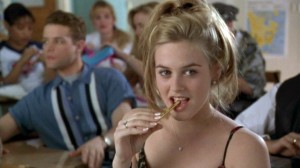