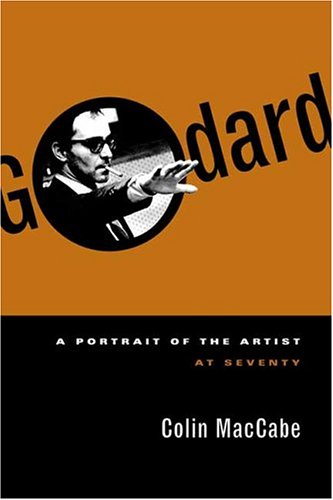 This isn’t an authorized biography of Jean-Luc Godard. But it appears to have qualified briefly as a book that might have become one after Colin MacCabe first embarked on it in the mid-Eighties. “Two years later,” he reports in his Preface, “he” — meaning Godard — “asked me how the work was progressing and this encouraged me to bury my own doubts and to prepare a very detailed treatment. By the early nineties, however, it was clear that Godard no longer had any faith in the project.”

MacCabe says nothing to explain this change of heart and loss of faith. A look, however, at one version of his detailed treatment — “Jean-Luc Godard: A Life in Seven Episodes (to Date),” published in Raymond Bellour’s 1992 Museum of Modern Art collection Jean-Luc Godard Son + Image, 1974-1991 — provides a plausible reason, especially if one zeroes in on the following passage in the second episode: “The South American journey came to an end [in Rio] when Godard’s father once again refused to support his son any longer. A few nights on the beach at Copacabana and a pathetic failure to raise money as a homosexual prostitute were the prelude to a return to Switzerland and Paris, where Godard contributed to the first issues of Cahiers du Cinéma.”

MacCabe coyly avoids any mention of this detail (or even this essay) in the present volume, but drops plenty of hints that some of his dealings with Godard over the years have been (characteristically) troubled. This must have been an extremely difficult book to research and write, and we all owe the author our gratitude for having seen it through to the end. Despite the fact that each episode or chapter — and there are now five rather than seven — seems to redraft the book’s agenda slightly, becoming progressively more of a critical study and less of a biography as it proceeds, this is a book that adds considerably to our understanding of Godard, and no one who wishes to study his career in any depth can afford to be without it.

Never one to proceed by half measures, MacCabe informs us in the Preface that “perhaps the most apt” comparison one can come up with for Godard’s Histoire(s) du cinéma is Dante’s Divine Comedy, “which takes the elements of one life to provide a perspective on human history. Dante is also apt because it is the writing of the Divine Comedy in Italian which signals the beginning of a recognizable European culture; it is not an exaggeration to say that Histoire(s) du cinéma marks its end.”

I think one can reasonably assert that it is an exaggeration — as is MacCabe’s claim at the end of his review of Le mépris in the September 1996 Sight and Sound that “This is the greatest work of art produced in postwar Europe,” or his remark to Philippe Sollers (which he reports in this book) that Godard is “the great French poet of the twentieth century” (which he then cautiously modified by adding, “after Valéry”). There’s something endearing about MacCabe’s bent for hyperbole even if one isn’t always sure whether it derives more from conviction or from an overall tactical strategy. When he calls Cahiers du cinéma “the most significant cultural journal of the twentieth century,” and then, six pages later, “the most successful cultural magazine of the twentieth century,” one wonders how much time he’s spent pondering possible alternatives in these sweepstakes. Given MacCabe’s highly variable track record as a producer, which has included everything from Terence Davies’s Distant Voices, Still Lives (arguably one of the greatest of all English features) and highly significant TV work by Godard and Scorsese to meretricious and irresponsible documentaries of would-be film history by Stephen Frears, Oleg Kovalov, and Nagisa Oshima, one wonders if these effusions can be ascribed in part to his ambitious entrepreneurial instincts. The same reasoning that brought us Tim Robbins and Quentin Tarantino as “expert” commentators on Samuel Fuller (in another TV documentary) may be similarly concerned with the public accepting Godard without a certain amount of heavy salesmanship.

Towards the end of this fascinating book, MacCabe also compares Histoire(s) du cinéma to Finnegans Wake, and having pursued the same grand comparison myself, I can’t really reproach him for riding such a hobbyhorse. Central to all the above remarks is the firm belief, vociferously shared and elucidated by Godard himself, that cinema is worth being considered alongside the other arts; and considering that MacCabe’s background is in literature (with Joyce a particular specialty), it’s refreshing how often he brings extracinematic reference points to bear on his subject. 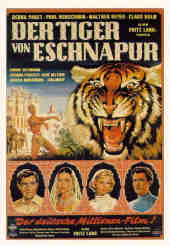 This is a legacy MacCabe shares with many of his fellow former editors at Screen in the 1970s, and it more than makes up for the fact that, like most other members of that group, he’s never really been a film scholar. That he can allude to The Tiger of Eschnapur and Journey to the Lost City as “two of Fritz Lang’s last films” — apparently mistaking the latter for The Indian Tomb without realizing that it’s a dubbed travesty combining and condensing Lang’s two “Indian” features — is an unexceptional gaffe, worth mentioning only because I believe these features are crucial to understanding Le mépris. Yet most film buffs who know these films backwards and forward — and who will readily respond to MacCabe’s assertion that “the level of Godard’s mastery of the production process is without obvious parallel in the history of cinema” with the obvious parallel of Chaplin — know little about Joyce, much less Brecht, Sartre, Althusser, Barthes, or Lacan. And it’s MacCabe’s grasp of all six that suggest what’s valuable about his own understanding of Godard — a sense of intellectual and cultural history.

One sign of a well-researched biography is a tendency for certain facts to make meaningful configurations when they appear together regardless of whether or not the author chooses to comment on them. One striking example of this here are the many instances in his youth of Godard stealing, often from his relatives, combined with his frequent employments of unattributed texts by others, which makes his entire career, according to former collaborator Jean-Pierre Gorin, “an assault on the notion of intellectual property.” (Although he frequently got caught for his early thefts, he has only recently had to face serious repercussions for using someone else’s text without permission or acknowledgment — a legal action successfully brought by Viviane Forrester for copyright infringement of a text of hers in his 1987 film King Lear. Given her success, one wonders how long it will be before some other authors follow suit.) And if there are some striking gaps in this book regarding the discussion of Godard’s oeuvre as well as his life — among the omissions in the former are most of his major short works, including Le nouveau monde (1963), Anticipation (1967 — the last film he has made to date with Anna Karina, and a brilliant postscript to Alphaville, just as the preceding film is a pungent first draft), La contestation (1967), Scenario du film “Passion” (1982), Puissance de la parole (1988), and L’origine de xxieme siècle (2000), all included in Sally Shafto’s impeccable and indispensable filmography — one at least feels that most of the pertinent thematic bases are covered. 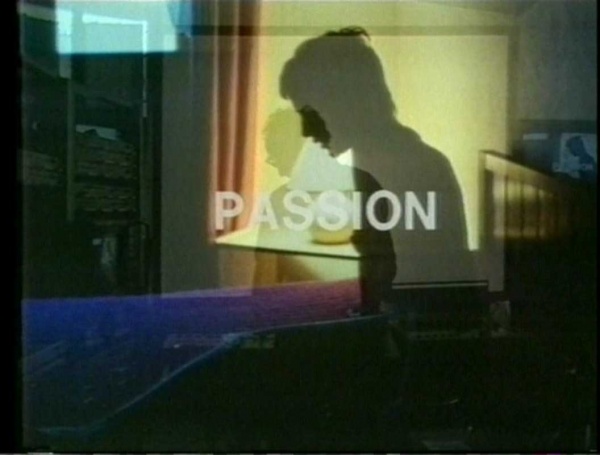 The first and in some ways most valuable chapter, “Gods and Demi-Gods: The Monods and the Godards,” is an exceptionally skillful account of Godard’s imposing family background and privileged childhood, all the way up until his mother’s death from a motorbike accident when he was in his mid-twenties. (It’s intriguing to discover here that Godard’s maternal grandfather was Paul Valéry’s secretary and business manager.) If the organization of materials tends to become somewhat looser as the book develops, some of this undoubtedly derives from the complications of writing about a living and still volatile figure. MacCabe obviously can’t tell us the whole story — who could? — but he nonetheless adds appreciably to our factual and intellectual understanding of the man.