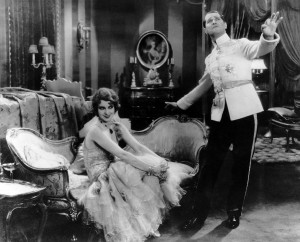 Ernst Lubitsch’s first talkie and first operetta, costarring Maurice Chevalier and Jeanette MacDonald, contains the excitement of movies being reinvented, so that silence as well as sound becomes a brand-new plaything (in contradistinction to silent movies, which usually had musical accompaniment). A study in playfulness, this fantasy about a country preoccupied with its queen getting married actually has a dog barking out half a chorus of one number, perfectly in tune, and the precode erotics and sexual politics seem pretty advanced in spots. Secondary leads Lillian Roth and Lupino Lane offer some acrobatic low comedy as servants whose best song is called “Let’s Be Common”. 110 min. (JR) 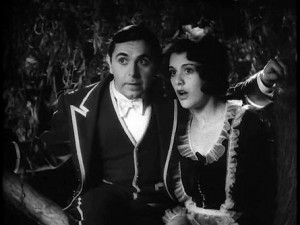