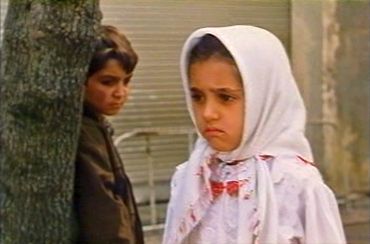 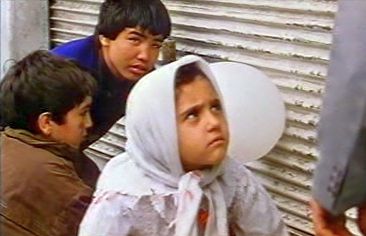 In Iran the first day of spring is New Year’s Day, the celebration of which starts at a different time of day every year, and among the objects used in the celebration is a goldfish, which symbolizes life. The plot of Jafar Panahi’s extraordinary first feature, The White Balloon (opening this week at the Music Box), involves the adventures of Razieh (Aida Mohammadkhani), a seven-year-old girl who has her heart set on buying a new goldfish for the celebration, insisting that the ones her family already has are “too skinny.”

Only 85 minutes long, the film unfolds in real time and almost exclusively in exteriors along a few blocks of Tehran the morning of the New Year. The film opens in a market, where Razieh’s mother (Fereshteh Sadr Orfani) is shopping; she collects Razieh, who’s carrying a blue balloon, and they walk home together. Nearly all of the film’s other major characters — and even a couple of minor ones — are fleetingly glimpsed during this prelude, though we don’t recognize any of them yet. Read more