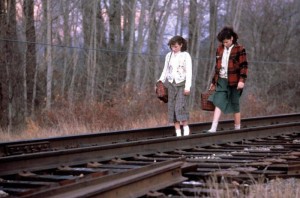 Some of the year’s most ominous film-industry developments followed directly from the forced departure of David Puttnam as head of Columbia Pictures. During his brief and controversial tenure at Columbia, Puttnam — the outspoken Englishman who produced Chariots of Fire and other “quality” films — had attempted to reverse the overall trend in Hollywood of assigning more power and artistic control to stars and less to directors and writers by developing low-budget projects that weren’t completely subject to the whims of stars and their agents.

After Puttnam’s departure, the desire to discredit his strategies at Columbia was so pronounced that most of his projects were deliberately sabotaged through a flagrant lack of promotion — demonstrating once again that the major aims of Hollywood are often not so much the making of money as the fulfillment of various personal forms of vanity. (Bill Forsyth’s Housekeeping is a good example of the sort of serious Puttnam project that was virtually foredoomed at the box office by the pressure of anti-Puttnam sentiments.) Adding insult to injury, a series of anti-Puttnam articles appeared in the trade magazine Variety, which attempted to appease Puttnam’s enemies by demonstrating that his films were commercially unsuccessful, conveniently overlooking the fact that very few of them were given even a sporting chance to succeed. Read more 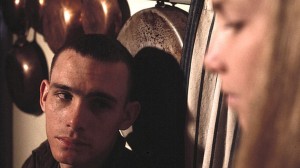 On the evidence of Elia Kazan’s recent autobiography, it is this low-budget, independent feature of 1972, shot in super-16-millimeter, that comprises his true last (or at least last personal) film, rather than The Last Tycoon, which he embarked on mainly for the money four years later. Scripted by Kazan’s son Chris and shot in and around their Connecticut homes, the film offers some disturbing yet relevant echoes of themes in other Kazan pictures: the pacifist who finds himself driven to violence and the hatred-provoked hero who squeals on his buddies (reflecting Kazan’s naming of names to the HUAC in the early 50s). Two Vietnam vets released from Leavenworth after serving time for the rape and murder of a Vietnamese woman go to visit the former buddy who turned them in, who is now living with his girlfriend and their young son in the home of her father, a macho, alcoholic novelist. There’s a lot of prolonged waiting around while the two convicts circle their prey and prepare their revenge. While Kazan makes the most of the ambiguous personalities involved — he is especially good with his James Dean-ish discovery Steve Railsback, as well as with an early James Woods performance — the abrasive sexism of the overall conception, which recalls Peckinpah’s Straw Dogs in spots, makes this the most unpleasant of all his films. Read more