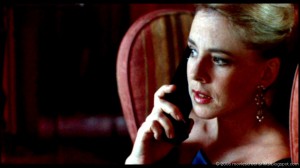 A young hustler (Will Smith) claiming to be the son of Sidney Poitier cons his way into the upper-class Manhattan household and affections of a middle-aged couple (Stockard Channing and Donald Sutherland), with disquieting and soul-searching consequences once his fraud is discovered. John Guare adapted his own play by transplanting the action from a bare stage to a variety of realistic locations, most of them in Manhattan, and has fortunately (and daringly) retained the highly theatrical language of the original. Fred Schepisi’s razor-sharp direction makes it both sing and soar as it explores some of the social gulfs and philosophical crevices that define contemporary urban life. The movie basically belongs to Channing, who gives it both moral force and heat, but with an audacious lesson in making the theatrical cinematic Schepisi does a superb job as well. Fine Arts. 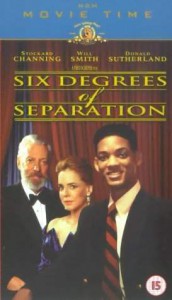 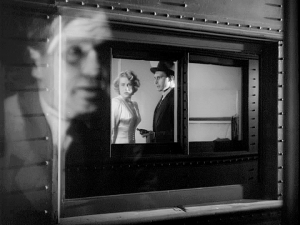 An engaging, exciting noir thriller (1952) set almost entirely on a train going from Chicago to Los Angeles, with a gruff cop (Charles McGraw) guarding a saucy prosecution witness (the underrated Marie Windsor). Richard Fleischer directed this nearly perfect B picture with no fuss and lots of grit and polish from a script by Earl Fenton; the capable cinematography belongs to George E. Diskant. 70 min. (JR) 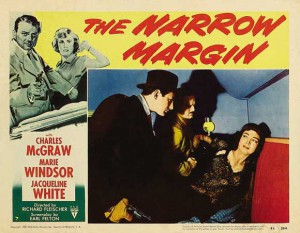