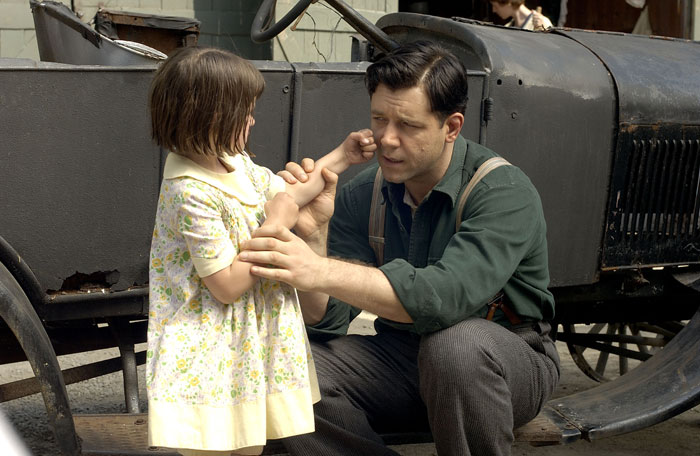 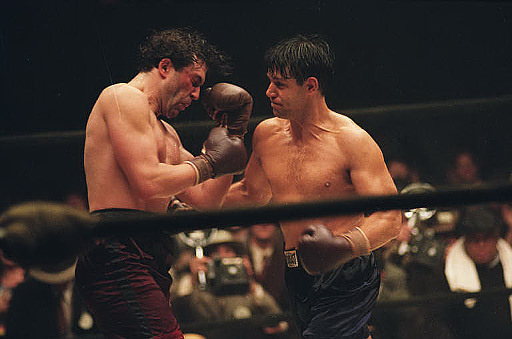 Ron Howard is an exemplar of honorable mediocrity. His films are conventional and stuffed with cliches, but their nice-guy liberalism is more sincere and nuanced than their tropes would lead one to expect. In his better efforts — Night Shift, Far and Away, Parenthood, The Paper, and now Cinderella Man — the sense of conviction is so passionate that the truth behind the cliches periodically emerges.

This is Howard’s first feature since the award-winning A Beautiful Mind, and the storytelling is fluid and gripping. He has plenty of cliches to peddle about boxing and working-class virtues in the midst of deprivation during the Depression, and the visual rhetoric in which he couches those cliches even give them a metaphysical dimension. The decor is as underlit as it is in Million Dollar Baby, and the cinematography’s even more mannerist in fetishizing darkness to project an aura of doom and desperation. In the deftly staged prizefight sequences, Howard goes even further than Clint Eastwood did in rendering subjective impressions in expressionistic terms. But the vivid urgency with which Howard conjures up the period suggests that he wants his film to be something more than mood spinning — he wants it to be a pointed class statement addressed to the present, much as Titanic was.

Howard’s epic treatment of a seven-year stretch in the career of New Jersey boxer James J. Braddock (Russell Crowe) — from 1928 to ’35, culminating in his near-miraculous knockout of the murderous Max Baer (Craig Bierko) — has some of the lumbering weight and moral simplicity of George Stevens’s first post-Oscar feature, an arty 1953 western called Shane. To cite critic Andrew Sarris, “Stevens was a minor director with major virtues before A Place in the Sun” — which won the Oscar, in 1951 — “and a major director with minor virtues after.”

Howard in his own post-Oscar phase seems similarly blessed and afflicted. To be a major director with minor virtues is just the sort of bind in which Oscar winners often find themselves. But Cinderella Man‘s pretentiousness is more likable than Shane‘s because of the political implications of Howard’s history lesson, which are felt in all the trappings of his period re-creations.

Emotionally, this is more a movie about what it means to have your electricity shut off than about what it means to become the heavyweight champion of the world — a title Braddock held for only two years, until he was knocked out by Joe Louis. The details that linger here are of Braddock’s wife (Renee Zellweger) and kids stripping wood from a billboard support for heat and of Braddock passing his hat in a bar among former boxing cronies to get $18 to keep his family together. The boxing story itself matters mainly as an expression of class solidarity: Braddock’s job as a Hoboken dockworker, which strengthened his left hand and helped him make a comeback in 1934, counts for as much as his performance in the ring. The film also does a fine job of conveying the quintessential 30s experience of following a fight on the radio — as Braddock’s family is seen doing at the film’s climax — suggesting that imagination and identification played as much a role in his appeal as spectacle. 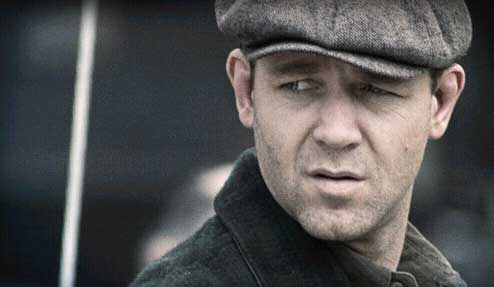 As many commentators have noted, class consciousness plays a key role in American political consciousness, though it’s often expressed in garbled and deceptive cultural terms: George Bush’s cowboy hat and anti-intellectualism seem more operative in molding his populist image than his wealth or economic policies. The same confusion about class often inflects the way we read movies: Samuel Fuller’s 1953 urban thriller Pickup on South Street is remembered today more for its simple, generic anticommunism (unexceptional for its period) than for its complex compassion for poor people (exceptional for any period). 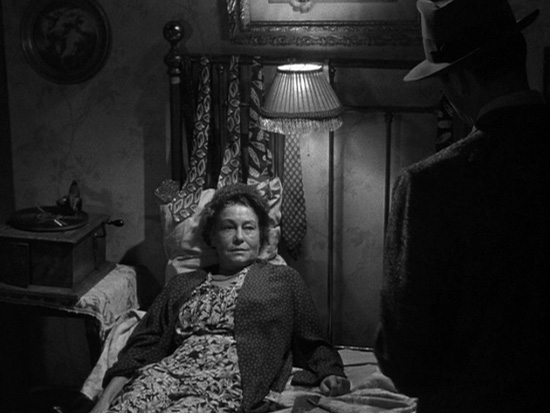 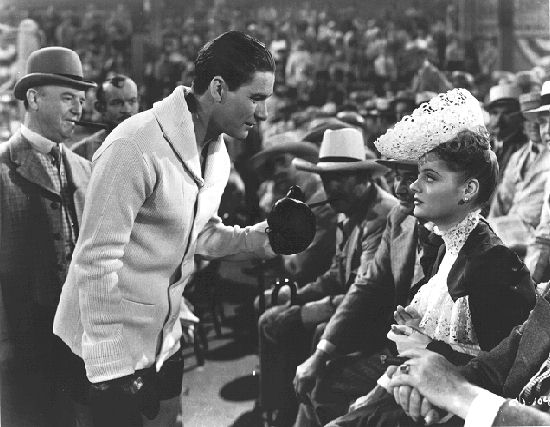 The compassion for the poor in Cinderella Man is far from complex, but it’s exceptional because it’s the meaning of Braddock’s story, not just an aspect of it. Unlike “Gentleman Jim” Corbett (1866-’33) — the social-climbing heavyweight played by Errol Flynn in Raoul Walsh’s 1942 Gentleman Jim, a figure confusingly conflated with Braddock (1906-’74) in the Cinderella Man press notes — Howard’s hero never seeks to rise above his class origins. His only aim is to feed and house his family, and when he eventually pays back the government relief funds he received during his darkest days, the implied moral victory is as significant as any bout won in the ring. And the glimpses we get in the film of a Hooverville — one of many shantytowns named in sarcastic reference to President Herbert Hoover — remind us that political awareness was inscribed in the very language of the period, something we’re less likely to encounter today.

Russell Crowe’s noble prole is as mythical as Alan Ladd’s Shane, and Bierko’s villain is as archetypal as Jack Palance’s Jack Wilson. But Howard’s period re-creation allows for a more shaded portrait when it comes to Joe Gould, Braddock’s manager, played by Paul Giamatti in his best movie role to date. This multifaceted character has his own tortured relation to class that’s all the more fascinating because he can’t be imagined in any other era. 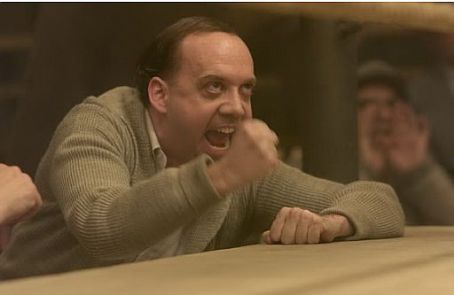