Some Afterthoughts about Tarantino 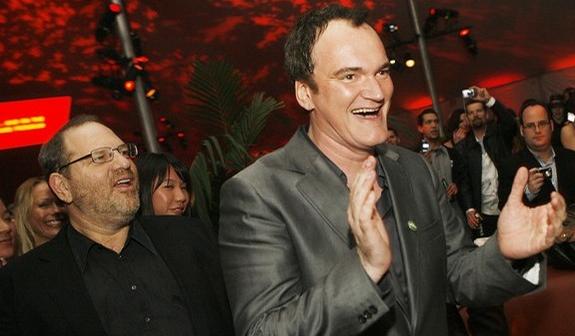 I’m waiting for any of the enthusiasts for Inglourious Basterds to come up with some guidance about what grown-up things this movie has to say to us about World War 2 or the Holocaust — or maybe just what it has to say about other movies with the same subject matter. Or, if they think that what Tarantino is saying is adolescent but still deserving of our respect and attention, what that teenage intelligence consists of. Or implies. Or inspires. Or contributes to our culture.

For me, assuming that it’s a message worth heeding or even an experience worth having is a little bit like assuming that Lars von Trier is closer to Sergei Eisenstein than to P.T. Barnum, as many of my colleagues also seem to believe — a genuine film theorist and not just a consummate con-artist who knows how to work the press.

I’ll concede that when Tarantino recently (and plausibly) faulted Truffaut’s The Last Metro as a film about the French Occupation that should have been a comedy, that qualified, at least for me, as a grown-up observation, and one that made sense to me. I just don’t see any comparable observations in his movie.

Part of the assumption of his defenders seems to be that no subject is so sacrosanct that it can’t be met with an adolescent snicker — including, say, the Holocaust or, closer to the present, 9/11. But maybe what Tarantino has to say about our post-9/11 sense of atrocity is more developed and thoughtful and helpful than anything I’m implying. I’m just waiting for some guidance about what that wisdom or revelation might be.

Here’s what he had to say five or six years ago about 9/11, in a Rolling Stone interview:

Q: Has 9/11 or the war on terror had any impact on you personally or creatively?

A: “9/11 didn’t affect me, because there’s, like, a Hong Kong movie that came out called Purple Storm and it’s fantastic, a great action movie. And they work in a whole big thing in the plot that they blow up a giant skyscraper. It was done before 9/11, but the shot almost is a semiduplicate shot of 9/11. I actually enjoyed inviting people over to watch the movie and not telling them about it. I shocked the shit out of them…I was almost thrilled by that naughty aspect of it. It made it all the more exciting.”

Q: But on some level you must have been caught up in the reality of 9/11.

A: “I was scared, like everybody else. ‘OK, what is this new world we’re going to be living in? Is it going to be fucking Belfast here?’ And I didn’t want to fucking fly nowhere. I remember thinking at the time – this was when they were shooting the Matrix sequels in Australia – ‘What if everything, all this shit, breaks out, man?’ And all that’s left in Hollywood are the Matrix people? That would be a fuckin’ drag’ (Laughs).”

I agree with QT: that would be a fuckin’ drag. And maybe also, what is this new world we’re now living in?

Postscript: Since many people have been asking me to elaborate on why I think Inglourious Basterds is akin to Holocaust denial, I’ll try to explain what I mean as succinctly as possible, by paraphrasing Roland Barthes: anything that makes Fascism unreal is wrong. (He was speaking about Pasolini’s Salo, but I think one can also say that anything that makes Nazism unreal is wrong.) For me, Inglourious Basterds makes the Holocaust harder, not easier to grasp as a historical reality. Insofar as it becomes a movie convention — by which I mean a reality derived only from other movies — it loses its historical reality. [8/27/09]