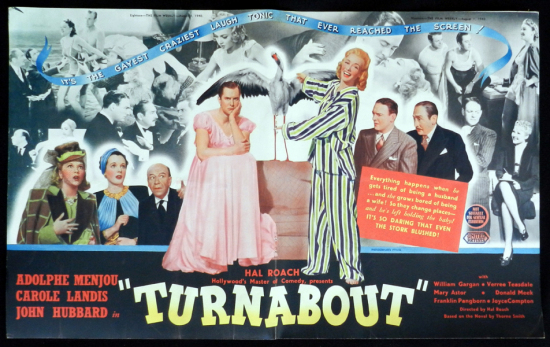 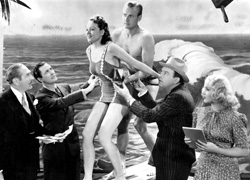 A bickering husband and wife (John Hubbard and
Carole Landis) switch bodies and lives (but not voices)
after encountering a Buddhist curse. Hal Roach
directed this extremely odd 1940 comedy -– the only
feature I’ve selected not because it’s good, exactly
(some would regard it as pure camp), but because of
how singular and uncanny it is as a kind of freakish
prelude to Adam’s Rib, with gay undertones to spare.
(Not surprisingly, the Catholic Legion of Decency
found it “objectionable”.) It’s adapted from a novel
of the same title by Thorne Smith (1892-1934), who
became one of the most popular sources of erotic
fantasy and whimsy used in Hollywood movies of the
30s and early 40s (in Night Life of the Gods, Topper
and its sequels, and René Clair’s I Married a Witch,
among others). The secondary cast is also notable:
Adolphe Menjou (actually given top billing),
William Gargan, Mary Astor, Donald Meek,
Franklin Pangborn, and Marjorie Main. 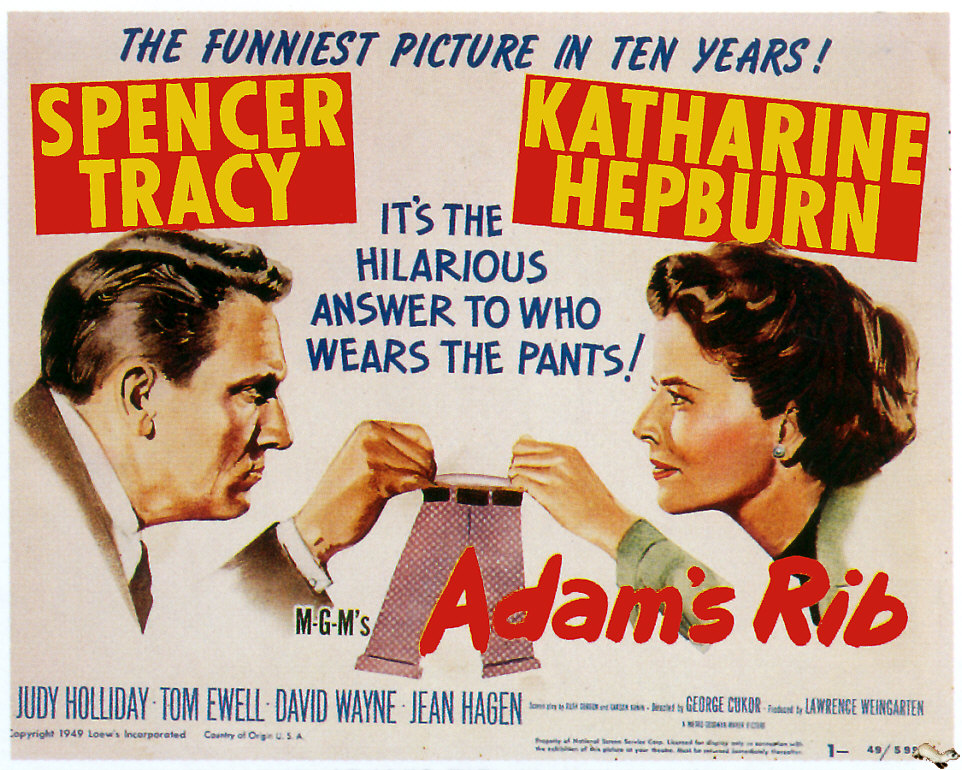 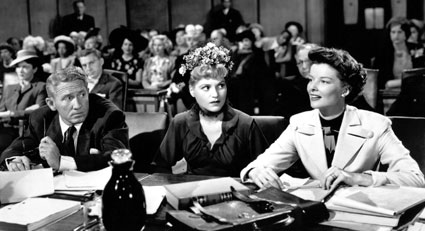 This comedy, directed by George Cukor from a script by Ruth

Gordon  and Garson Kanin, is probably the best of all the features

occasioned by a woman (July Holliday) shooting her husband (Tom

Ewell) for infidelity. It’s certainly the Hepburn-Tracy movie with

gender issues that has the most edge, and may even get closer to

feminist positions than any other Hollywood A-picture of the period.

14 years earlier — Sylvia Scarlett -– a film that subverted genre as

well as gender by shuttling between comedy and  tragedy as recklessly

with both Cary Grant and Brian Aherne.

Why, then, is Adam’s Rib included in this series but not Sylvia

Scarlett? The reason is simple: Adam’s Rib involves Americans, and

unquiet ones at that, whereas Hepburn in the title role of Sylvia

Scarlett plays a French girl traveling incognito with her father in

England. Indeed, the various kinds of subversion allowed in this

picture may have needed European settings in order to be conceivable

–- even though the film failed miserably at the box office. Adam’s Rib,

on the other hand, was a huge success that introduced Holliday to the

volatile romantic couple. Furthermore, this entertaining «battle of the

Award nomination for best script. Whether it actually does justice to the

feminist issues it raises is questionable, but it certainly shows Tracy and

Hepburn at their best while pretending to do so.