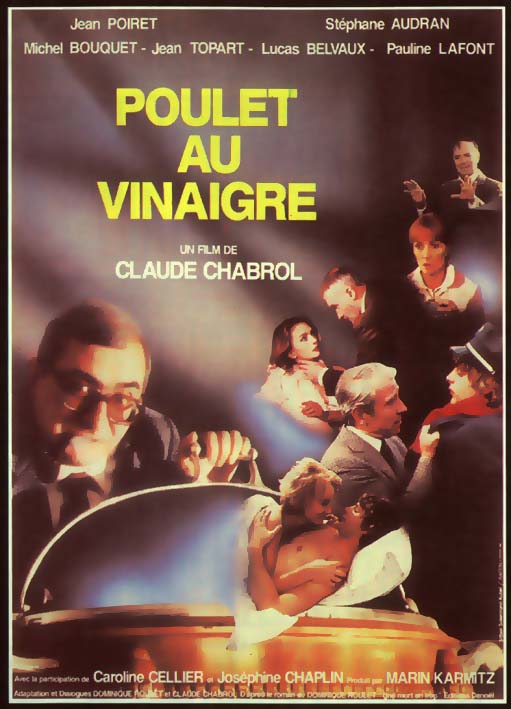 Written by Dominique Roulet and Chabrol 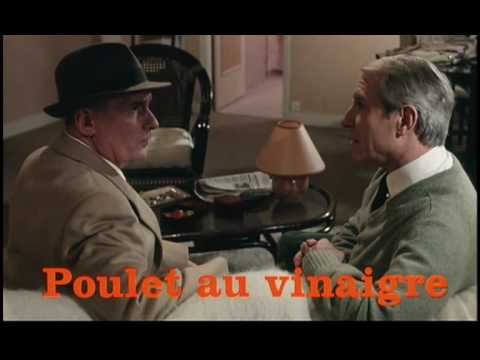 In 1985, after seeing Claude Chabrol’s Poulet au vinaigre at the Toronto Festival of Festivals, I remember thinking: At last! The petit-maître is back in form, doing what he knows how to do best; here’s a Chabrol movie that’s sure to get an American release. (At that point it had been about seven years since Violette Nozière — which wasn’t one of my favorite Chabrol films — had opened in the U.S.) Poulet au vinaigre had sex, violence, dark wit, a superb sense of both the corruption and meanness of life in the French provinces, a good whodunit plot, Balzacian characters (including an interesting detective), and very nice camera work by Jean Rabier, Chabrol’s usual cinematographer. It wasn’t a masterpiece, but at the very least it was a well-crafted and satisfying entertainment that surely, I thought, would be enjoyed on this side of the Atlantic. Indeed, it already was being enjoyed by the audience I was seeing it with in Toronto.

I guess I’m an eternal optimist. About a month later the film opened in England, where the distributor made a game try at translating the pun in the title and called it Cop au vin. (The original title literally means “vinegar chicken,” but poulet is also French slang for “cop.”) But American distributors passed on it. So, apart from a truly dreadful made-for-TV item in English called The Blood of Others, which turned up briefly on cable, no Chabrol movie has been commercially distributed in this country for over a decade. Two of them, however, are surfacing at the Film Center this weekend: Poulet au vinaigre and the subsequent Masks (which is good, serviceable, quasi-Hitchcockian fun, but not quite as memorable).

Most of the leading characters of Poulet au vinaigre come in bunches: Louis Cuno (Lucas Belvaux), a young postman, and his invalid single mother (Stéphane Audran); a trio of local businessmen — Dr. Morasseau (Jean Topart), a butcher named Filiol (Jean-Claude Bouillaud), and a lawyer named Lavoisier (Michel Bouquet)  — who are determined to buy the Cuno house as part of a land-speculation deal; and Morasseau’s wife and his mistress (Josephine Chaplin, in a cameo, and Caroline Cellier). The others include Henriette (Pauline Lafont), a pretty and aggressive postal clerk who pursues Louis, and Inspector Lavardin (Jean Poiret), a police detective who turns up after Filiol dies in a car crash, and shortly before Morasseau’s wife apparently burns to death in another mysterious auto accident. 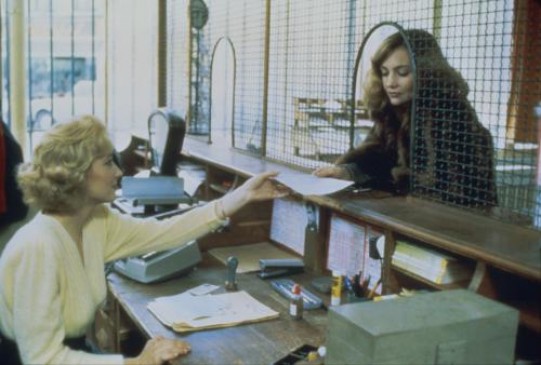 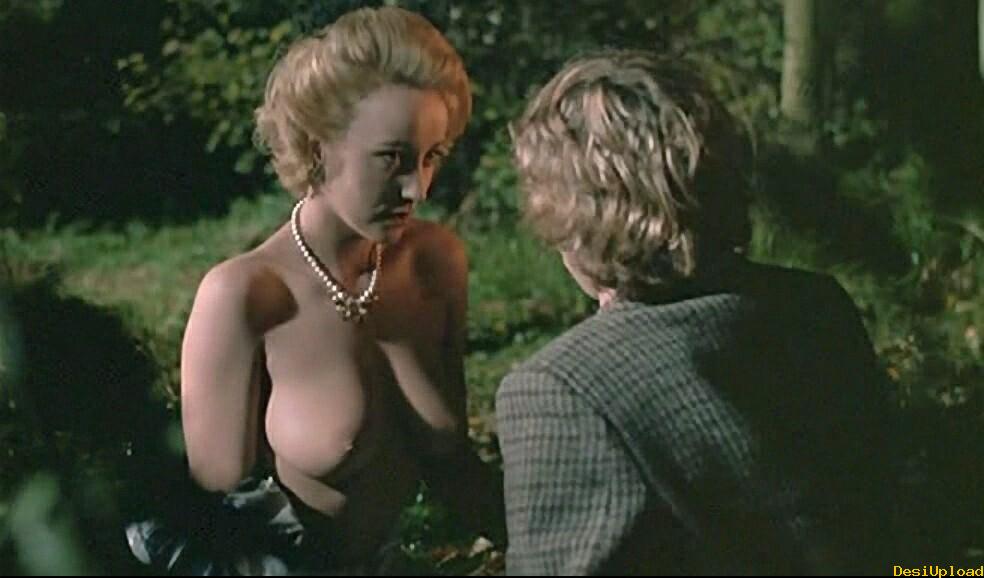 Undoubtedly the weirdest and most Chabrolian characters in the bunch are Louis and his cranky mother, who form a cabal against the three businessmen who want to buy their house, acting every bit as creepily as their adversaries. Taking advantage of Louis’ job as a postman, they steam open the mail of the businessmen and the doctor’s wife, and hold a sort of daily war council in their basement, in which the trio’s various activities are posted and evaluated. (“One down!” the mother declares in triumph, referring to a newspaper clipping about Filiol’s death posted on their basement wall.) The mother regards every other female in town as a slut, and becomes hysterical whenever she thinks her son might be interested in any of them; Louis regularly locks her inside the house when he leaves for work, returning to serve her a late breakfast in bed and going out at night to spy on the three businessmen and vandalize their cars. (Filiol’s accident, in fact, is caused by Louis pouring sugar into his gas tank.)

In a way, most of the other characters have distinct oddities of their own. Dr. Morasseau, for example, is also a sculptor who specializes in female nudes, and one night Louis and Henriette spy him embracing one of the statues in his garden, and falling to the ground with sobs. Henriette is a predatory flirt who plies Louis with expensive meals, offers him a steady string of sexual overtures, and is in some ways just as conspiratorial an accomplice as his mother. (Morasseau’s mistress, moreover, is also served daily a late breakfast in bed, by a bartender at a nearby cafe: the internal rhymes between characters in this movie are many and complex.)

Morasseau’s wife appears to be carrying on a passionate affair with a correspondent who signs himself “Tristan.” The sinister Lavoisier, who tactlessly leaves his mistress a cash tip under her brandy bottle, encounters Louis and Henriette in a fancy restaurant and smirks, “Enjoy it while you can.” Even the mild-mannered Inspector Lavardin, who quaintly asks the aforementioned bartender to sprinkle his fried eggs with paprika, is not above resorting to fascist-style violence and even torture when he needs to grill a suspect; as Chabrol has pointed out, he encompasses the contrasting personalities that are usually doled out to two cops working as a team — one of them threatening, the other one placating. 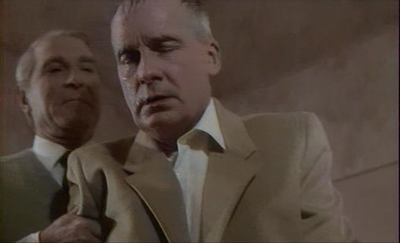 Chabrol is much too cynical and knowing to give us any unambiguous image of goodness, normality, or justice in the midst of all this petty malice, eccentricity, and deceit. But he relishes his monsters as much as he castigates them, and one of the advantages of his and Dominique Roulet’s leisurely but finely woven plot –a n adaptation of Roulet’s novel Une mort en trop (“One Death Too Many”) — is that it achieves a judicious kind of balance of its own between the monstrous and the everyday. (I won’t even try to relate this intricate plot; as Chabrol pointed out in an interview in Cahiers du Cinéma, to do so would virtually require reprinting the script.)

I don’t want to make too much of the film’s modest but genuine virtues, but I would like to explore what makes these virtues less and less visible in the American market. Attending to Chabrol’s talents usually means following a carefully worked out plot and a disciplined mise en scène, both of which require a gradual accumulation of facts, details, and effects. (The subtle uses of Louis’ red scarf and his yellow motorbike and yellow postal truck to point up warring impulses in his character — his passion and his inhibitions — are a good example of this.)

But these talents are much more suited to the conditions of watching a big-screen movie in a theater than they are to the more discontinuous experience of American TV and the kind of popular cinema that derives from it — the kind of Lucas-Spielberg model that places all its emphasis on “the sequence” for its own sake rather than the more intricate narrative crafting that regards sequences as building blocks in a larger unit. A significant part of the pleasure in a Chabrol movie has something to do with a functional method of storytelling in which almost every detail is eventually integrated into the plot and overall meaning. (It’s not for nothing that Morasseau happens to be a sculptor . . . ) 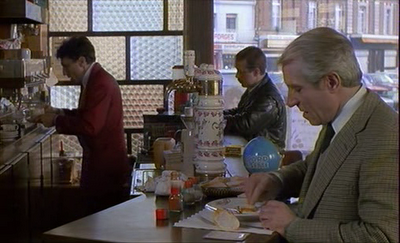 French TV, of course, is not exactly immune to American influences, but it still relies mainly on continuous, uninterrupted narratives that are often preceded and followed by empty patches — extended shots of the channel logo or of clocks that run on between the separate programs. (We see one such channel logo in the Cuno living room while Louis and his mother are busy machinating elsewhere.) The French pleasure in gazing is such that it was a common occurrence in the 70s — and for all I know may still be — for French people to sit transfixed watching clocks or logos on their TV screens when no program was on.

And when it comes to theatrical movie experiences, the French are still much more accustomed to continuity than we are. They don’t go out into the lobby for popcorn (concessions are sold only in the auditorium between features), they’re less likely to talk when the movie is on, and the best French movies are generally not reducible to detachable sequences such as the ones that are valorized in the “Shot by Shot” feature in each issue of the American movie magazine Premiere.

So maybe one reason why Chabrol movies are no longer being released here has something to do with a continuous way of watching movies that is becoming less and less fashionable with us. (The fact that they’re subtitled obviously doesn’t help, either; and given how attentive Chabrol is to French customs, French social types, and French speech patterns, a dubbed Chabrol film isn’t a Chabrol film at all — as viewers who have suffered through English versions of La femme infidèle and Que la bête meure will attest.) Next to the relatively disjointed narratives of movies like Rain Man, Who Framed Roger Rabbit, Earth Girls Are Easy, Indiana Jones and the Last Crusade, and even Field of Dreams, a Claude Chabrol movie looks like a hardy remnant of the 19th century — which remains an important part of its spell and charm as well as a part of its sensibility and intelligence. 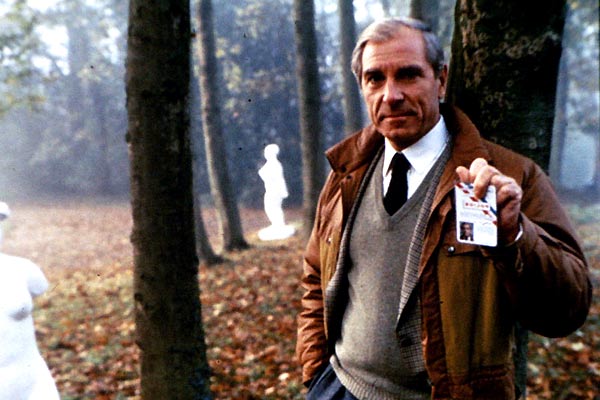