Reading about Looking and Looking at Reading: review of CAMERA LUCIDA and IF ON A WINTER’S NIGHT A TRAVELER

This is one of the last book reviews that I wrote for The Soho News, a weekly alternative newspaper in New York that didn’t survive the 1980s but that afforded me during the early part of that decade my only extended and regular opportunity to date to review books as well as films. This particular piece, a double review, ran in their August 18, 1981 issue, under a different title (“Reading about looking”), and I was pleased to hear some time later from Susan Sontag that it was of my pieces that she clipped. –J.R. 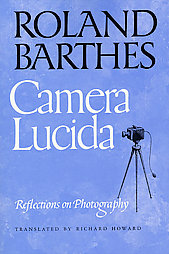 Reading about Looking and Looking at Reading

If on a winter’s night a traveler

In most bookstores, the new Barthes and Calvino books stare at one another like mutually envious friends in their separate ghettos, eyeing one another across a great divide and empty space: the social space separating essay from fiction.

Barthes’ grief-stricken gaze at photography sees beyond it to his own desire, then sees beyond that desire to the hypothetical Proustian (or Jamesian) novel he will never write — a nervous gaze that leaps like a butterfly across a crowded garden, never lingering with any simple petal-like photo for long, frustrated and impatient at the uselessness of this activity in summoning back his beloved mother. Calvino’s chipper, common-sensical look at the erotics of reading — the same subject addressed in Barthes’ The Pleasure of the Text, but approached here in the form of a love story — is more steady and measured and continuous, seeing only one brightly suspended plot after another, each one pulled out like colored scarves from a magician’s hat — each another sign that you can always shake away the blues if only you can convince yourself that there’s always another scarf to pull.

Calvino, with all his unfinished miniplots, never quite gets around to starting the essay about fiction and narrative he wants to write. Barthes, with all his unfinished miniessays (a crystalline form developed in the aphoristic formats of all his late books, where characteristically each paragraph — rather than, say, each sentence or page — offers a fresh beginning), never quite manages to start the novel about his own life that his writing has been flirting with for years. (“It must all be considered as if spoken by a character in a novel,” reads the handwritten inscription that opens the mise en scène and mise en page of Roland Barthes by Roland Barthes, only four pages away from Barthes at age ten clinging to his mother, in a photograph captioned, “The demand for love”.)

If on a winter’s night a traveler is an interesting title for what Calvino’s novel keeps shrouded in darkness, an ellipsis with seemingly infinite tacked-on extensions, a way to begin all over again. Camera Lucida: Reflections on Photography (or La Chambre Claire: Note sur la photographie, in the original), on the contrary, promises the closure of light and clarity, the framing of an end that encloses the bright self like a coffin.

“You are about to begin Italo Calvino’s new novel, If on a winter’s night a traveler,” starts you-know-who at the beginning of you-know-what. “Relax. Concentrate. Dispel every other thought. Let the world around you fade.” Just like a movie, whose nonstop pacing Calvino at every point seems to be emulating. “Such are the two ways of the Photograph,” concludes Barthes at the end of his last (nonposthumous) book. “The choice is mine: to subject its spectacle  to the civilized code of perfect illusions, or to confront in it the wakening of intractable reality.”

Criticizing “A Sign in Space” in Calvino’s Cosmicomics because it “comes perilously close to being altogether too reverent an obeisance to semiology,” Gore Vidal signals the influence of later Barthes that imposes itself no less insistently on If on a winter’s night a traveler. Barthes, returning the regard, refers to Calvino near the end of Camera Lucida — specifically “what Calvino calls `the true, total photograph,'” which, Barthes explains, identifies reality with truth, “becomes at once evidential and exclamative” and “bears the effigy to that crazy point where affect (love, compassion, grief, enthusiasm, desire) is a guarantee of Being. It then approaches, to all intents, madness; it joins what Kristeva calls “la vérité folle“. Some fun, this “true, total photograph,” which Barthes makes sound like a snake consuming its own tail — which may actually describe his own giddy practice in Camera Lucida better than Calvino’s.

Each section of Camera Lucida (half as long a book as Calvino’s novel, though it has twice as many chapters, four dozen in all) begins with the drama of Barthes “happening upon” a photograph —  a narrative event that gives us all the roomy lassitude of an event in a novel by James or Proust. In Part I, this is a picture of Napoleon’s youngest brother, Jerome, which makes Barthes reflect with amazement that he is looking at eyes that looked at the Emperor. Part II, “Chapter” 25, makes a quantum leap to Barthes’ alienated responses to pictures of his mother shortly after her death, his consternation that these photographs refused (objectively speaking) to speak. Neither Jerome nor Mme. Barthes appear photographically in Camera Lucida (although the latter, as noted above, figures at the beginning of Roland Barthes by Roland Barthes), and, like much of A Lover’s Discourse, the form of personal disclosure employed has a lot to do with indirection.

Studium and punctum are the key Latin terms in Barthes’ phenomenological musings about his own experiences of certain photographs (most of which are reproduced) — the first comprising “application to a thing…a kind of general, enthusiastic commitment,” the second consisting of “that accident” in a photograph “which pricks me (but also bruises me, is poignant to me).” Not so much an erotics of seeing, exactly, as a dynamics of sight that includes the studying gaze as well as the piercing revelation.

Barthes uses the terms to stand for the dialectical registers of the spectatorial consciousness — much as plaisir (pleasure) and jouissance (bliss or coming) are used in The Pleasure of the Text to stand for dialectical registers of reading consciousness. Here, however, the notions of plaisir and jouissance play a more problematical role. There’s less of the kind of play that’s reflected in Calvino’s sexy narrative glosses on earlier Barthes, where he appears to be representing via his characters the “readerly text” (as two readers who are lovers) and the “writerly text” (as a reader and writer who are potential lovers):

Lovers, reading of each other’s bodies (of that concentrate of mind and body which lovers use to go to bed together) differs from the reading of written pages in that it is not linear. It starts at any point, skips, repeats itself, goes backward, insists, ramifies in simultaneous and divergent messages, converges again,has moments of irritation, turns the page, finds its place, gets lost. A direction can be recognized in it, route to an end, since it tends toward a climax, and with this end in view it arranges rhythmic phrases, metrical scansions, recurrence of motives….

…What makes lovemaking and reading resemble each other most is that within both of them times and spaces open, different from measurable time and space.

At times I am gripped by an absurd desire: that the sentence I am about to write be the one the woman is reading at the same moment. The idea mesmerizes me so much that I convince myself it is true: I write the sentence hastily, get up, go to the window, train my spyglass to check the effect of my sentence in her gaze, in the curl of her lips, in the cigarette she lights, in the shifts of her body in the deck chair, in her legs, which she crosses or extends.

Wasn’t it Barthes himself who compared narrative to both striptease and the Oedipal search, suggesting that all three activities were closely related? But words are infinitely extendable, like sections on a train or strips of film, while still photographic images are closed and final — one thing accounting for the different tempers of these beautiful, related, and irreconcilable books. 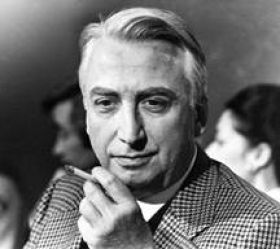 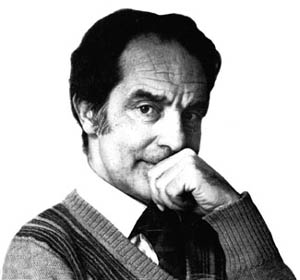