Barthes of My Heart

This book review originally appeared in the September 10, 1980 issue of The Soho News. Maybe it qualifies less as a book review than as a short polemic, but if I recall this assignment — my first review of a book by Barthes — accurately, I had some space limitations. — J.R.

It’s reported that when a celebrated American film critic was asked what she thought of French theory, she replied that the trouble with folks like film theorists is that they forget movies are supposed to be fun. When this response was quoted to me, my heart sank. It made me feel as if all the fun I’d had reading Roland Barthes over the years was no longer legal -– that it wasn’t even supposed to exist.

I’m not trying to pretend here that all of Barthes goes down easily: I still haven’t gotten all the way through S/Z, a favorite among some American lit-crit academics. And I’ll grant you that he may be an acquired taste for puritanical empiricists who mistrust too much sensual, imaginative, and poetic play in their literary puddings — particularly when these occur outside of fiction, and under the auspices of social and aesthetic analysis.

But next time you’re in a decent bookstore, sneak a look at the opening paragraph of the first essay in New Critical Essays, on the epigrams (“reflections or sentences and maxims”) of  La Rochefoucauld. And tell me who else among contemporary intellectuals since Eisenstein has exhibited such a rollicking, euphoric style, phrase by phrase, thought by thought.

One shouldn’t be put off by the occasional obscurity and/or campiness of Barthes’ reference points and apparent subjects. The concept of the critic as some enlightened Buddha of the marketplace, affixing all the proper  price tags to consumer items, seems entirely foreign to his talents and temperament. Apart from his early (and now, perhaps, rather dated) defenses of Robbe-Grillet in Critical Essays, I can think of few occasions when he’s made me want to read or reread other writers, at least right away. Even here, when he deals with the traumas of Flaubert while writing sentences and the names used by Proust, he makes me want to rethink these authors more than reread them.

Somewhat like the late virtuoso jazz pianist Art Tatum, who swamped and devoured any musician he tried to accompany, Barthes’ voice is sufficiently mellifluous to crowd out other voices — even the ones he is occasionally called upon to sponsor or introduce. That’s why an essay such as “Pierre Loti: Aziyadé,” the last in this collection — about a writer and book I doubt I’ll ever encounter firsthand — comes across not as a gangplank leading to something else, but as a flamboyant, extended circus act in its own right. Consider the opening sentence. which amply explains how film critic Gilbert Adair could once describe Barthes’ style to me as creamy:

“In the name Aziyadé, this is what I read and what I hear: first of all the gradual explosion (like a bouquet of fireworks) of the three brightest vowels in the French alphabet (the opening of the vowels = the opening of the lips, of the senses); the caress of the z, the sensuous, plump palitalization of the y, this entire sonorous series sliding and spreading, subtle and rich; next a constellation of islands, stars, peoples, Asia, Georgia, Greece; and then a whole literature: Hugo who in his Orientales uses the name Albaydé, and behind Hugo all of philhellene romanticism; Loti, a traveler specializing in the East, the bard of Istanbul; the vague notion of a feminine character (some Désenchantée); finally the prejudice of dealing with an insipid, sweetish, old-fashioned novel: in short, from the (sumptuous) signifier to the (paltry) signified, utter disappointment.”

If the concluding phrase suggests the circus equivalent of being shot from a cannon onto a tightrope and then leaping from three successive trapezes, only to land in a five-gallon can of Mello Yello, the reader should bear in mind that Barthes intends to build on precisely such an effect. One sentence later, he’s suggesting that, “Perhaps we, too, can learn to disappoint the name Aziyadé in the right way and, having slipped from the precious name to the pathetic image of an outdated novel, work our way back to the idea of a text: fragments of the infinite language which tells nothing but in which occurs `something unheard-of and shadowy.‘”

Readers who find the above sentence pretentious are cordially invoted to check out the essays here on the plates of the Encyclopedia and the mythology of Jules Verne, which cheerfully demonstrate just how pretentious we can be — and pretentiously misguided — when we think that we’re doing simple, mundane things (like having fun). For playful, adventurous readers who like to scavenge as well as savor what they read, New Critical Essays is like a small bouquet of eight flowers from the late master, fresh and ready to be mixed into  a hardy and heady salad. 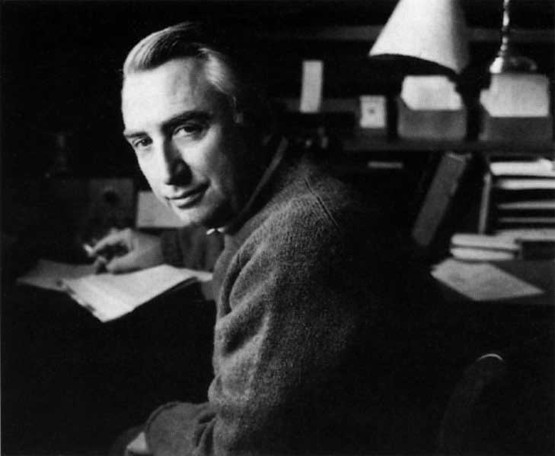