Money Changes Everything [GREED on video] 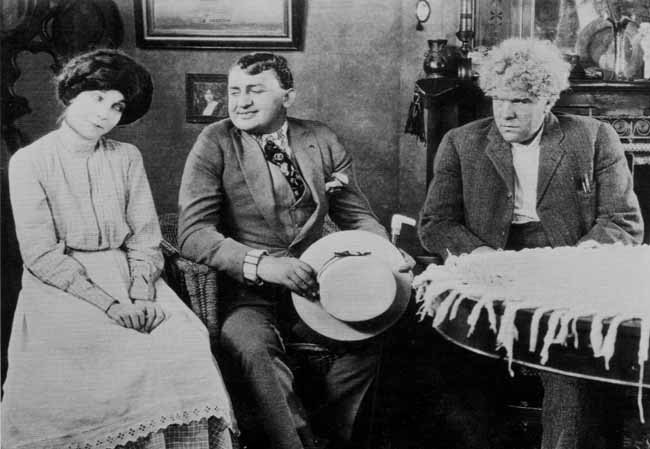 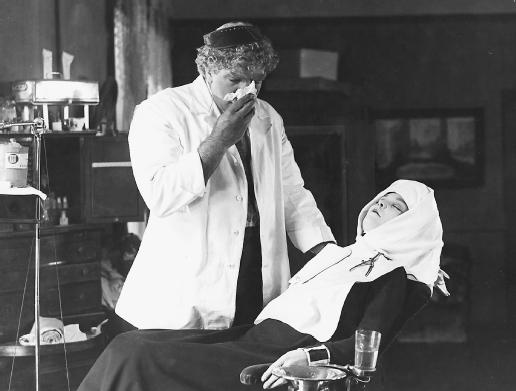 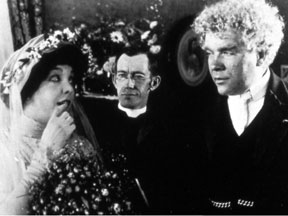 It is a strange, grim tale, not typical of 1920s Hollywood entertainment.A gentle, burly dentist from the California mines named McTeague (Gibson Gowland) moves to San Francisco, where he befriends Marcus (Jean Hersholt), who works at the local dog hospital, and falls in love with Trina (Zasu Pittts), Marcus’s cousin and prospective fiancée. Out of friendship, Marcus relinquishes all claims on Trina, who gets engaged to “Mac”. But when she wins $5,000 in a lottery, Marcus feels cheated, and ruins Mac’s career by revealing that he has been pulling teeth without a license. After her marriage, the shy and frigid Trina becomes obsessed with the money she has won, refusing to spend any of it, and driving the impoverished Mac to drink and eventually to violence and murder…. 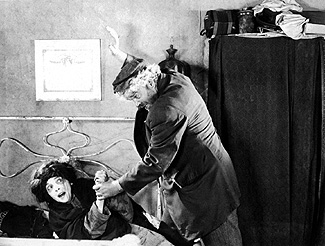 Perhaps the least glamorous movie ever to have come out of a major studio, Greed (1924) is more than just a polemic about the power of money to destroy love and friendship. Finally appearing on video 65 years after its commercial release, it remains one of the most powerful of all silent movies, as well as one of the most modern in style and substance. It is also a monument to the perseverance of its writer/director, Erich von Stroheim, who had wanted to film Frank Norris’s 1899 novel McTeague ever since he had come across it in 1914.

By 1923 Stroheim was famous as an actor and director for his studio-shot Blind Husbands and Foolish Wives, in which he portrayed decadent rogues who seduced American women on the Continent. He received a hefty $347,000 budget from legendary independent producer Sam Goldwyn to film his first American story in real California locations, a principle he followed with a vengeance, mobilizing entire blocks of San Francisco to shoot in the actual settings specified in the novel, forcing his actors to live there, and eventually dragging cast and crew to the worst part of Death Valley at the hottest time of the year to film the horrific climax. 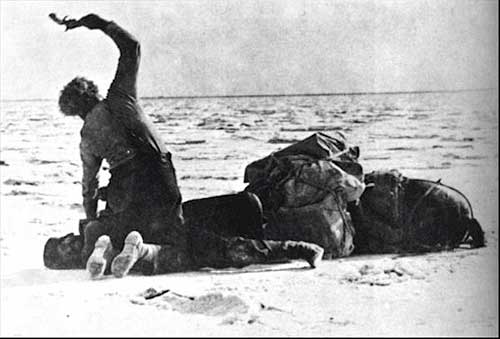 After shooting for 198 days and going $238,000 over budget, Stroheim put together a nine-hour workprint, then a version about half as long. Finally he got a friend to pare away about a third more. But by this time, the film belonged to Metro-Goldwyn-Mayer, and studio chief Louis B. Mayer was far less sympathetic to auteur sensibilities; the already heavily cut Greed was reduced by still another third, to slightly over two hours. According to Stroheim, “The rest of the negative” — 35 of the 45 reels in the original workprint — “was burned to get the 43 cents worth of silver out.”

Fortunately, the Greed that remains is a lot more than a tantalizing fragment. Viewers who want to get a better idea of Stropheim’s intentions can read Norris’s novel or the published screenplay. But even without these backups, the storytelling is lucid and compelling, the view of human existence is both tender and corrosive (there are no villains in sight), and the richness of detail in every frame testifies to Stroheim’s obsessive brilliance. 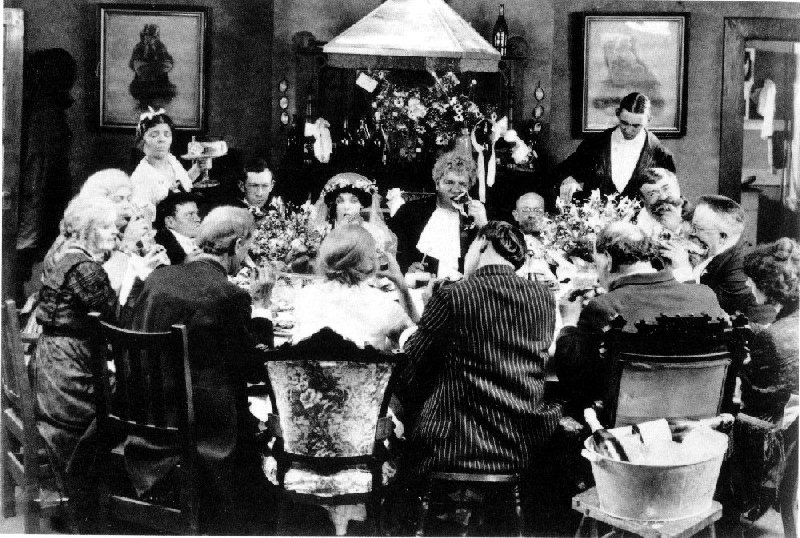 Ironically, some of the intertitles that produce titters today — like “Such was McTeague” (after Mac has thrown a fellow miner into a ravine for causing him to drop a wounded bird) and Trina’s “Let’s go over and sit on the sewer” — are the work of MGM’s editors, who used them to patch up the missing continuity. But the scenes and images belong only to Stroheim, and none of the cuts can seriously diminish their elemental power. The performances, moreover, are like nothing else in movies. In major and minor roles alike, one gets a remarkable sense of fully rounded characters existing, not merely talented actors playing parts. Stroheim’s dense portrayal of the lower depths burns into the mind like acid. (MGM/UA, $29.95, May 23) 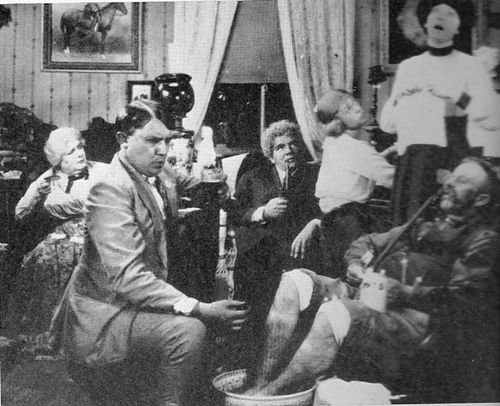 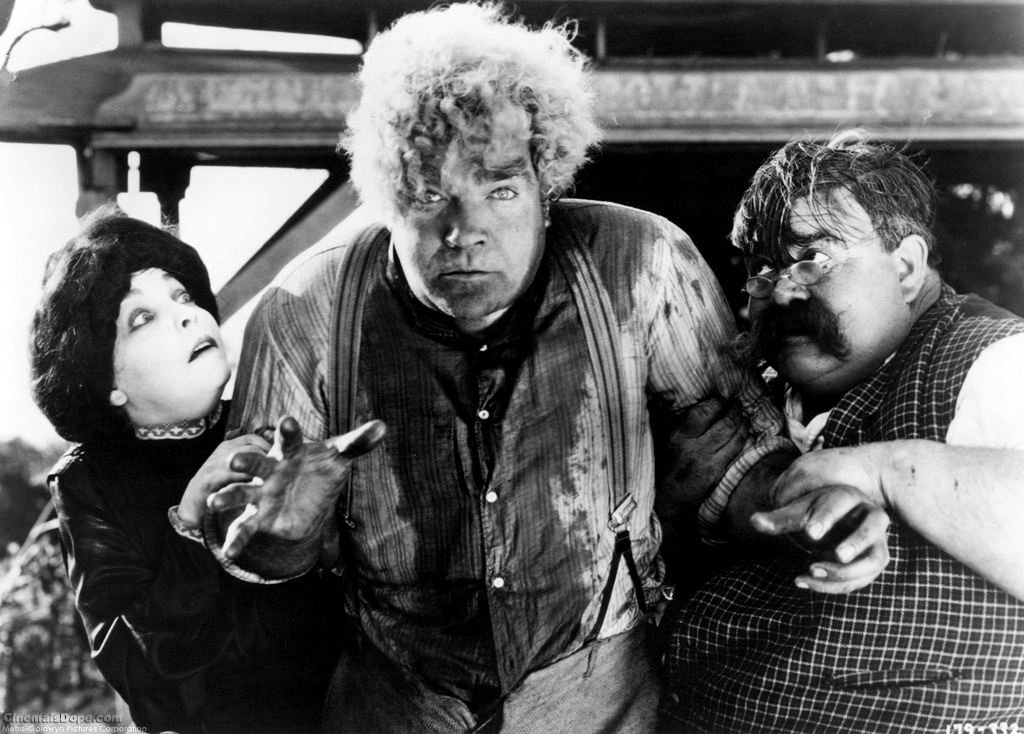