Theme and Variations [THE LOVERS OF THE ARCTIC CIRCLE]

The Lovers of the Arctic Circle

Directed and written by Julio Medem

Julio Medem’s fourth feature is a love story spanning 17 years — from the time Otto and Ana first meet, as children in a Spanish school yard, to their improbable reunion in the wilds of northern Finland when they’re 25. But the film starts at the end rather than the beginning, and like the names of the two characters, the story can be read backward as well as forward. That story is told by Otto and Ana in alternate bursts, inflected mainly by how Otto views Ana and vice versa, skipping back and forth in time. To make things trickier, the two versions of what happens are sometimes at variance.

When The Lovers of the Arctic Circle joined Open Your Eyes at the Fine Arts last week, it became possible to conclude, with a sigh of relief, that the age of Pedro Almodovar was finally over. I don’t mean that Almodovar won’t continue to make movies or get American distribution, but that his brand of smart-aleck entertainment will no longer have to stand for the whole of Spanish cinema.… Read more »

Worlds Apart (on MOTHER and EVERYONE SAYS I LOVE YOU) 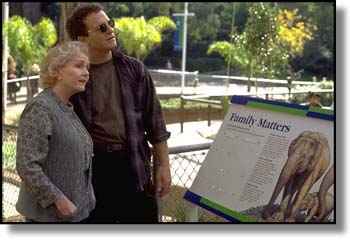 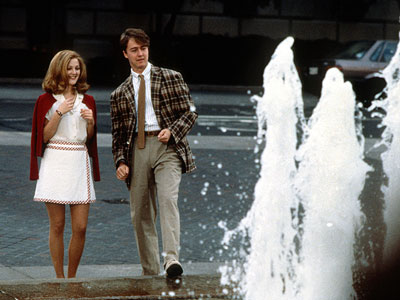 Everyone who’s grown up with Hollywood movies has a different tolerance for their lies and comforts, their snares and temptations — and that tolerance changes as we grow older. A fantasy that’s easy to swallow when we’re young might seem pernicious after we discover its falsity, though later it may be cherished as a memento of our former innocence and capacity to believe. But for some individuals the rude awakening is so severe that it becomes impossible to encounter a particular Hollywood fantasy again without wincing. How we respond is a consequence of what Hollywood once did to our susceptibilities — whether it made our lives happier or unhappier, offered guidance or misguidance, solace or trauma.… Read more »