HOW TO LIVE IN AIR CONDITIONING (Introduction to MOVIES AS POLITICS)

My introduction to my 1997 collection MOVIES AS POLITICS. — J.R. 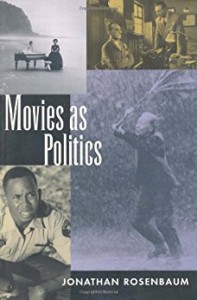 Thirty years later, both these general sentiments describe an impasse in American life that is vividly reflected in the movies we see and the ways that we see them. If the range of cultural choices apparently available at any given time merits some correlation with the range of political choices, it is also true that Godard’s optimistic apocalypse heralds a new scale of values, though we don’t yet know enough about these to be able to judge them with any confidence.… Read more »

PLACING MOVIES, Part 5: Inside and Outside the Movie Theater (Introduction)

This is the Introduction to the fifth section of my first collection, Placing Movies: The Practice of Film Criticism (University of California Press, 1993). I’ve taken the liberty of adding a few links to some of the pieces of mine mentioned here which appear on this web site. — J.R. 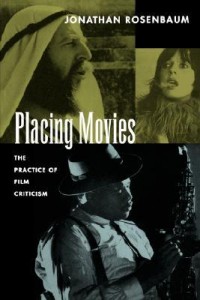 From a journalistic standpoint, what movies are about is always important, but the roles that should be played by content in criticism are not always easy to determine. Ever since I started writing regularly for the Chicago Reader in 1987, my principal professional safety net — what helps to guarantee that I’ll remain interested in my work on a weekly basis, even if the movies of a given week are not interesting — is my option of writing about the subject matter of certain films. This almost invariably involves a certain amount of short-term research, because even if I already know the subject fairly well, a refresher course in certain specifics is generally necessary. (A good example of this would be the reading and listening I had to do in order to nail down many of my facts and examples for “Bird Watching,” in spite — or should I say because?… Read more »