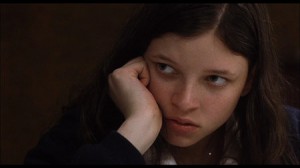 Argentinean filmmaker Lucrecia Martel follows up her distinctive debut feature, La cienaga (2001), with another tale whose feeling of lassitude conceals a subtle but deadly family dysfunction. It’s set in a specifically Catholic milieu, hovering around a medical convention at a small-town hotel, and once again a swimming pool serves as a kind of center for floating libidos. As Martel points out, the movie is about the difficulties and dangers of differentiating good from evil, and it requires as well as rewards a fair amount of alertness from the viewer. A theremin plays a prominent role in the story. In Spanish with subtitles. R, 106 min. (JR) 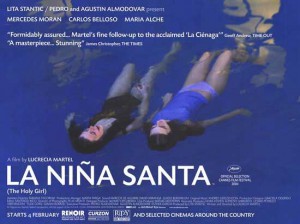