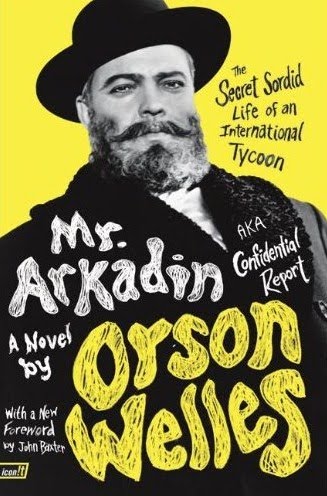 John Baxter’s new Foreword to the 1956 novelization of Orson Welles’s Mr. Arkadin, aptly called “No Pilot Known,” correctly discloses on its penultimate page that the novel was actually written in French by one Maurice Bessy, who adapted Welles’s original screenplay. This fact is verified by the recent recovery in France of the correspondence between Welles and Arkadin’s producer, Louis Dolivet. But none of this has prevented the novel’s latest edition, like all the previous ones, from trumpeting the name of Orson Welles as sole author on its cover.

This should come as no surprise. How can a publisher expect to sell the uncredited English translation of a French novelization of an unfinished film, especially if the novel was written by a forgotten film critic? For starters, it has to assume, contrary to Welles, that the film is (or was) finished. This is also why the Criterion box set, released in 2006, insists on calling itself The Complete Mr. Arkadin, even though Welles wasn’t able to complete any single version of it. 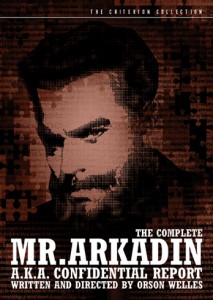 The task of rationalizing Welles’s idiosyncratic working methods and fractured film career in consumerist, marketplace terms has invariably led to many obfuscations. Even Baxter’s Foreword, which starts off quite reasonably, winds up with the usual boilerplate vilifications, claiming without much basis that Welles habitually walked away from films when the budgets ran out, ended his life on charity, and, “For diversion, he dined out — always assuming someone else picked up the check.” 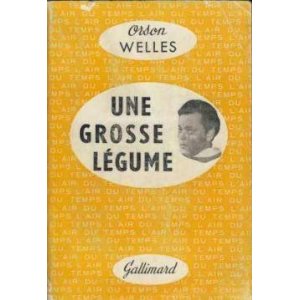 Always? That didn’t happen when he invited me to lunch in Paris in 1972 — and my experience was far from unique. I’d barely published anything at the time, yet a letter sent to him one Saturday at his editing studio, asking him about his first film project, Heart of Darkness, yielded a phone call two days later inviting me to an excellent seafood restaurant (the same one seen in F for Fake, which he was editing at the time). Our conversation mainly circled around literary subjects. Welles told me that he’d hung out with Nathanael West in Hollywood, that he’d never written a novel of any kind (adding that he’d never even read the Arkadin novelization, and that Une grosse legume, another “novel” sold under his name and published by Bessy, was actually a film treatment), and, to my disappointment, admitted that he usually preferred John O’Hara as a novelist to William Faulkner. (I’d fantasized him as the ideal adapter of both Light in August and Conrad’s Nostromo — which didn’t interest him either, in spite of his reverence for Heart of Darkness, Lord Jim, and Victory, all of which he’d wanted to adapt as films.) 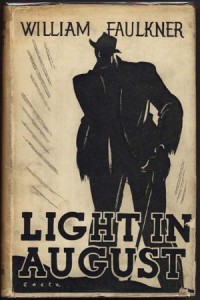 For me, the closest Welles ever came to writing a novel was probably a screenplay he wrote a decade later, The Big Brass Ring. I was particularly gratified when, two years after I managed to get this published in a limited edition in 1987, Gore Vidal gave it a rave review in the New York Review of Books. (“He is plainly at the top of his glittering form, which was as deeply literary as it was visual.”) But the version of The Big Brass Ring most people know — the consumerist version — is the pathetic, nonliterary 1999 film “adaptation” by George Hickenlooper, which shifts parts of Spain to St. Louis (Hickenlooper’s home town) and changes or omits most of the dialogue. 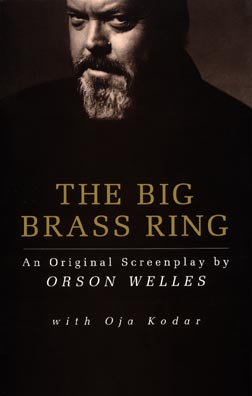 One explanation for why so many filmmakers, actual or potential, continue to use Welles as a mantle (or example) even when they can’t approach his essence is that he’s seen as a man who once had it all in terms of power and freedom — even though, ironically, many of those same admirers endorse or accept the same studio protocols, such as test marketing and studio revisions, that would have made Citizen Kane impossible. Welles stubbornly insisted on keeping his freedom long after he had to relinquish his power, which makes him a troubled role model at best. Some people who continue to envy the power he once had wind up resenting the freedom he continued to exercise, especially when it became the freedom to hold back his work for one reason or another. 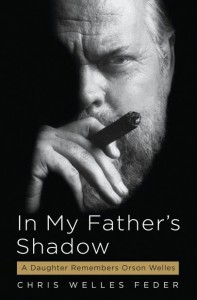 This is one reason, among others, why the recent memoir of his eldest daughter, Chris Welles Feder (In My Father’s Shadow: A Daughter Remembers Orson Welles, from Algonquin Books of Chapel Hill), is such a valuable and bracing corrective. The book’s accomplishment isn’t really to make Welles more honorable or likable — she leaves little doubt that he was mostly a negligent father — but to dissolve some of the ideological biases and distractions that surround him (such as the dubious notion that his mistress and major collaborator Oja Kodar was “bad’ for him and/or his work, which Feder has no truck with), and to make him more life-size.

Even so, the more popular accounts of Welles — Pauline Kael on Citizen Kane and David Thomson’s Rosebud — tend to be both scornful and factually unreliable (as well as scantily researched), perhaps because both seem driven by a sharp sense of what the American public wants to believe. Kael even succeeded in converting Kane into a mainstream product after it had lingered uncomfortably in the public imagination as neither fish nor fowl for over a quarter of a century — an independent feature made with studio resources. By maintaining that in fact it was just a Hollywood newspaper comedy, Kael enabled it to become a treasured classic, even while misrepresenting the substantial role Welles played in writing it in order to celebrate Herman J. Mankiewicz and thereby undermine auteur criticism. The claim of Craig Seligman in Sontag & Kael that “who wrote what is something we’ll never definitively know” is basically refuted by the research of Robert L. Carringer, but you have to go to academic sources such as James Naremore’s “casebook” on the film to discover such details. 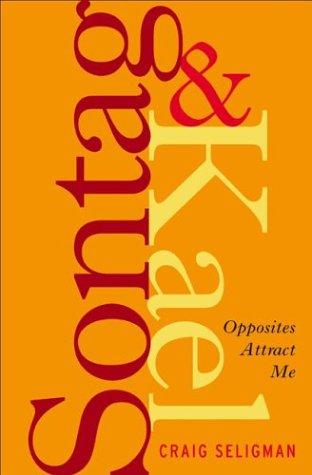 In one basic respect, Chris Feder shares with the general public a sense of frustration that the great man didn’t furnish what was either wanted or expected of him most of the time; this was his genius as well as his misfortune. For in order for an artist (or a father) to be consistent and dependable — that is to say, consumable, offering some sense of security — he has to behave predictably, and this was the last thing Welles was capable of doing most of the time. Producing works that were unforeseeable and therefore somewhat indigestible when they first appeared, which meant that we all often had to spend years catching up with them, he was out of step mainly because he remained ahead of our expectations. He had to pay an enormous price for this, but so did we.