Here’s a piece by Serge Daney that I translated back in 1982, for a catalogue accompanying a Straub-Huillet retrospective that I curated in New York that fall. Danièle Huillet sent me the original review in French, suggesting that it be included. Too Early, Too Late, shot in 16mm, remains, for me, one of their two most beautiful landscape films, along with the much later Operai, Contadini (Workers, Peasants, 2001), making it all the more regrettable that neither of these favorites is available on DVD, even in France. [2018 note: Happily, both films are now available on French DVDs.] I’m also very sorry that the frame reproductions included here couldn’t be any better. — J.R.

The cinema, you may persist in thinking, is “images and sounds”. But what if it were the reverse? What if it were “sounds and images”? Sounds which make one imagine what one sees and see what one imagines? And what if the cinema were also the ear which pricks itself up — erectile and alert, like a dog’s — when the eye loses its bearings? In the open country, for instance.

In BLOW OUT, John Travolta plays the part of a sound effects freak who, starting off with one sound, goes on to identify a crime and its author. In TOO EARLY, TOO LATE, Straub, Huillet and their regular sound engineer, the inspired Louis Hochet, lose themselves in the French countryside before they set about wandering along the Nile and within its delta, in Egypt. Starting off with sounds — all the sounds, from the most infinitesimal to the subtlest — they too identify a crime. Scene of the crime: the earth; victims: peasants; witnesses to the crime: landscapes. That is, clouds, roads, grass, wind. 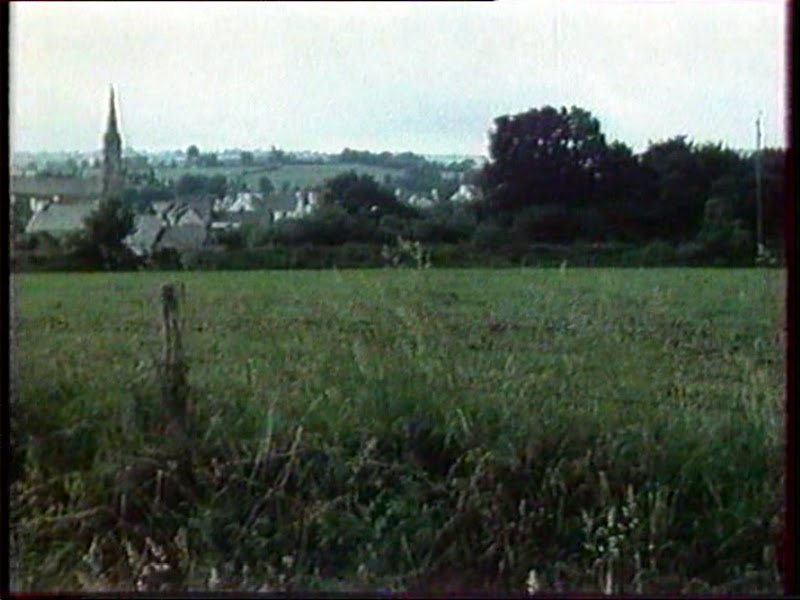 In June 1980, the Straubs spent two weeks filming in the French countryside. They were seen in places as improbable as Treogan, Mottreff, Marbeuf and Harville. They were seen prowling close to big cities: Lyon, Rennes. Their idea, which presides over the execution of this opus 12 in their oeuvre (already twenty years of filmmaking!) was to film as they are today a certain number of places mentioned in a letter sent by Engels to the future renegade Kautsky. In this letter (read offscreen by Danièle Huillet), Engels, bolstered with figures, describes the misery of the countryside on the eve of the French Revolution. One suspects that these places have changed. For one thing, they are deserted. The French countryside, Straub says, has a “science fiction, deserted-planet aspect.” Maybe people live there, but they don’t inhabit the locale. The fields, roadways, fences and rows of trees are traces of human activity, but the actors are birds, a few vehicles, a faint murmur, the wind. 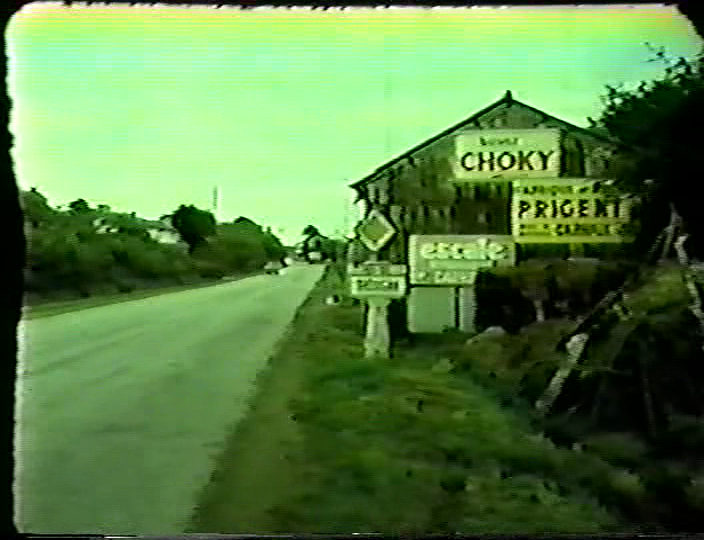 In May 1981, the Straubs are in Egypt and film other landscapes. This time the guide isn’t Engels but a more up-to-date Marxist, author of the recent and celebrated CLASS STRUGGLES IN EGYPT, Mahmoud Hussein. Again offscreen, the voice of an Arab intellectual speaks in French (but with an accent) about the peasant resistance to the English occupation, up until the “petit-bourgeois” revolution of Neguib in 1952. Once again, the peasants revolt too early and succeeded too late as far as power is concerned. This obsessive recurrence is the film’s “content.” Like a musical motif, it is established from the outset: “that the middle-class here as always were too cowardly to support their own interests/that since the Bastille, the plebes had to do all the work.” (Engels) 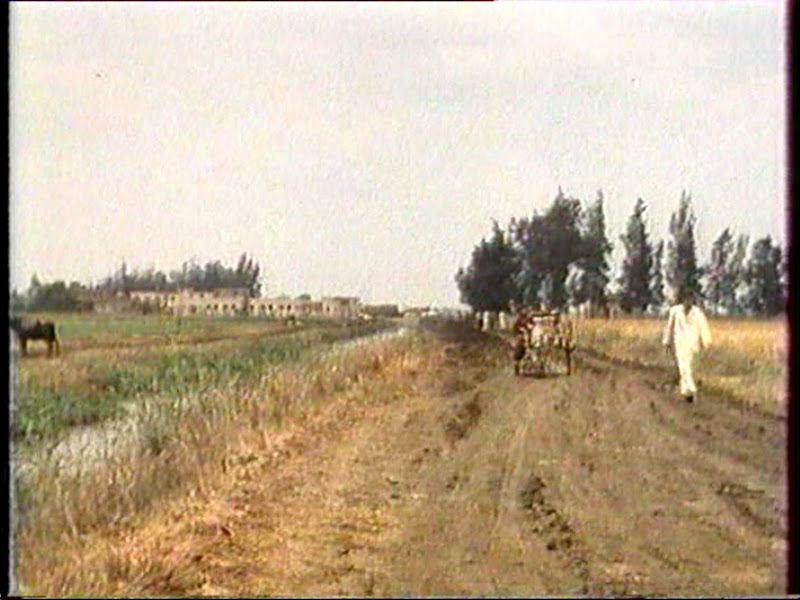 The film is thus a diptych. One, France. Two, Egypt. No actors, not even characters, especially not extras. If there is an actor in TOO EARLY, TOO LATE, it’s the landscape. This actor has a text to recite: History (the peasants who resist, the land which remains), of which it is the living witness. The actor performs with a certain amount of talent: the cloud that passes, a breaking loose of birds, a bouquet of trees bent by the wind, a break in the clouds; this is what the landscape’s performance consists of. This kind of performing is meteorological. One hasn’t seen anything like it for quite some time. Since the silent period, to be precise.

While seeing TOO EARLY, TOO LATE (especially the first part), I recalled another film, shot in Hollywood in 1928 by the Swedish director Victor Sjostrom: THE WIND. This magnificent movie showed how the sound of the wind drove Lilian Gish mad. The film was “silent,” which only gave it more force. Anyone who’s seen THE WIND knows that it’s an auditory hallucination. Anyway, there’s never been a “silent cinema,” only a cinema deaf to the racket produced inside each spectator, in his very body, when he becomes the echo chamber of images. Those of the wind, for instance.

One had to wait for the sound film before silence had a chance. Again, Bresson is optimistic when he writes, “The sound film invented silence.” The possibility of silence, at least. Take the example of the wind. One doesn’t have a clear memory of the wind in the films of the Thirties, Forties, Fifties. Or, rather, it was the thunderstorms which went whoosh in pirate films. But the North wind, the draught, the air current, all those winds so close to silence? The West wind? And the evening breeze? No. One had to wait for the Sixties, the small sync-sound cameras, the New Waves. One had to wait for Straub and Huillet. 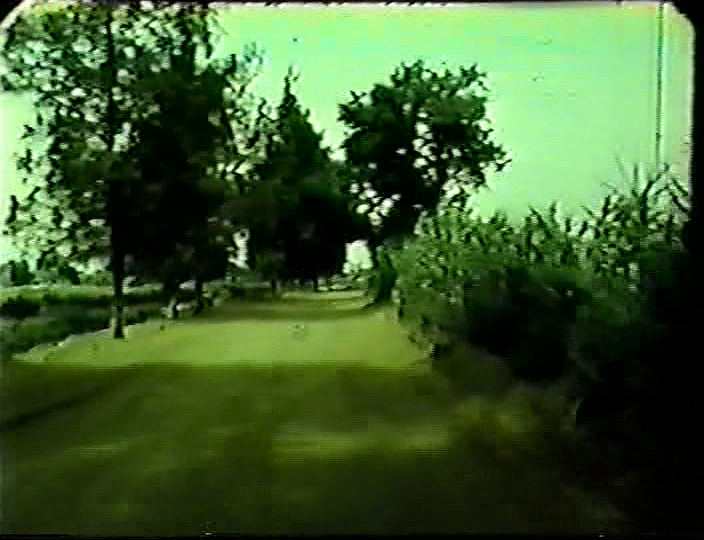 For at the point of refinement when they arrived at the practice of direct sound, a very strange phenomenon is produced in their films (such as FROM THE CLOUD TO THE RESISTANCE). One rediscovers there the “auditory hallucinations” proper to the “silent” cinema. The same phenomenon crops up in certain recent films by some “old”figures of the New Wave: Rouch (AMBARA DAMBA), Rohmer (THE AVIATOR’S WIFE), Rivette (NORTH BRIDGE). As if the direct sound brought back the absence of sound. As if, out of a world that’s integrally sonorous, the body of a burlesque actor once again emerges.

It’s normal: when the cinema was “silent,” we were free to lend it all the noises, the tiniest as well as the most intimate. It was when it set about talking, and especially after the invention of dubbing (1935), that nothing remained to challenge the victory of dialogue and music. Weak, imperceptible noises no longer had a chance. It was genocide.

They came back again, gradually. In America through an orgy of sonorous effects (see Travolta), in France through the re-education of the ear (see Straub). TOO EARLY, TOO LATE is, to the best of my knowledge, one of the few movies since Sjostrom’s that has filmed the wind. This has to be seen — and heard — to be believed. It’s as if the camera and the fragile crew took the wind for a sail and the landscape for a sea. The camera plays with the wind, follows it, anticipates it, comes back behind like a ricocheting bullet. As if it were held on a leash or tied to another machine, like the one invented by Michael Snow in that stupefying film that was THE CENTRAL REGION (in Snow’s case as well, the terrain of the camera’s performance was a deserted planet of sorts. This explained that.

To see and hear at the same time – but that’s impossible, you’ll say! Certainly, but (1) the Straubs are stout-hearted, and (2) voyages into the impossible are very instructive. With TOO EARLY, TOO LATE, an experience is attempted, with us and in spite of us: at moments, one begins to see (the grass bent by the wind) before hearing (the wind responsible for this bending). At other moments, one hears first (the wind), then one sees (the grass). Image and sound are synchronous and yet, at each instant, each of us can create the experience in the same order in which one arranges the sensations. It is therefore a sensational films.

This is the first part, the French desert. It works differently in overpopulated Egypt. there, the fields are no longer empty, fellahs work there, one can no longer go anywhere and film anyone any which way. The terrain of performance becomes again the territory of others. The Straubs (whoever knows their films realizes they’re intransigent on this matter) accord much importance to the fact that a filmmaker should not disturb those whom he films. One therefore has to see the second part of TOO EARLY, TOO LATE as an odd performance, made up of approaches and retreats, where the filmmakers, less meteorologists than acupuncturists, search for the spot — the only spot, the right spot — where their camera can catch people without bothering them. Two dangers immediately present themselves: exotic tourism and the invisible camera. Too close, too far. In a lengthy “scene,” the camera is planted in front of a factory gate and allows one to see the Egyptian workers who pass, enter and leave. Too close for them not to see the camera, too far away for them to be tempted to go towards it. To find this point, this moral point, is at this moment the entire art of the Straubs. With perhaps the hope that for the “extras” thus filmed, the camera and the fragile crew “hidden” right in the middle of a field or a vacant lot would only be an accident of the landscape, a gentle scarecrow, another mirage carried by the wind. 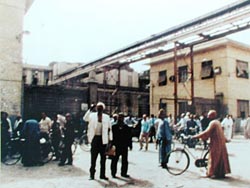 These scruples are astonishing. They are not fashionable. To shoot a film, especially in the country, means generally to devastate everything, disrupt the lives of people while manufacturing country snapshots, local color, rancid back-to-nature museum pieces. Because the cinema belongs to the city and no one knows exactly what a “peasant cinema” would be, anchored in the lived experience, the space-time of peasants. It is necessary therefore to see the Straubs, city inhabitants, mainland navigators, as lost. It is necessary to see them in the middle of the field, moistened fingers raised to catch the wind and ears pricked up to hear what it’s saying. So the most naked sensations serve as a compass. Everything else, ethics and esthetics, content and form, derives from this. 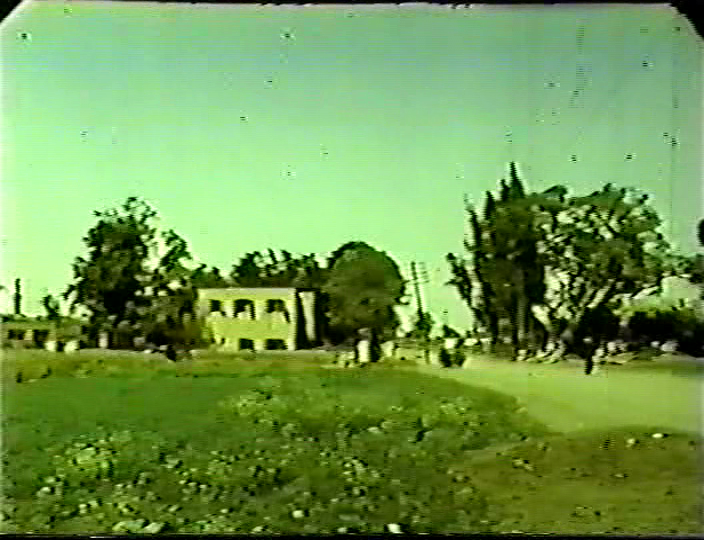 One may find the experience unbearable; that sometimes happens. One may stop finding the very idea of the experience bearable; that happens every day. One may decide that filming the wind is a ridiculous activity. What a lot of hot air! One may also bypass the cinema when it takes the risk of straying from its own turf, away from the beaten paths. 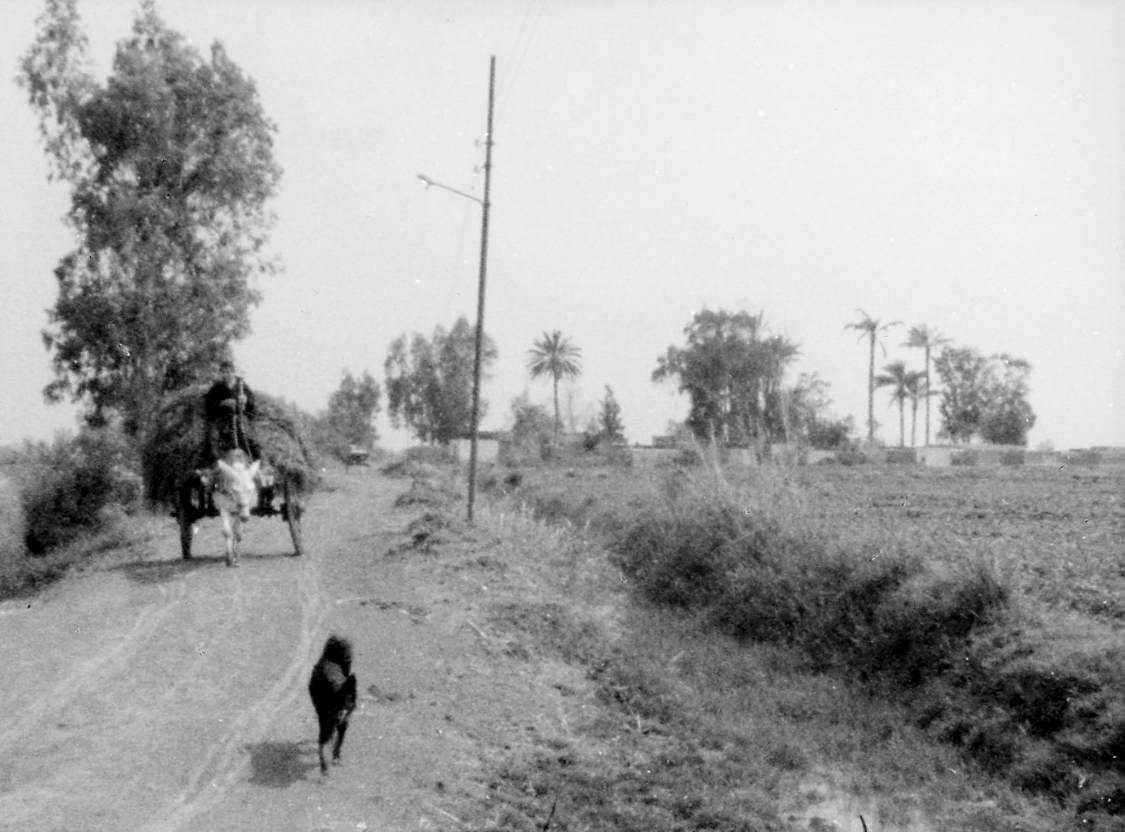 Originally published in English on November 2, 1982, a catalogue for a twelve-day Straub/Huillet retrospective at the Public Theater in New York.