While it may not add up to anything very profound, this paranoid thriller is put together with so much craft and economy that a significant part of its pleasure is seeing how tightly and cleanly every sequence is hammered into place. Brian Dennehy is Dennis Meechum, an incorruptible police detective who doubles as a successful crime writer; James Woods is Cleve, a hit man who doubles as a corporate executive, and who wants Meechum to write a nonfiction best seller exposing his ruthless and respectable former boss — a philanthropist tycoon who has stealthily slaughtered his way to the top. Dennehy’s square and skeptical cop is an adroit reading of a dull part, but he makes a wonderful straight man for Woods’s fascinatingly creepy yet sensitive killer — modeled in part on Robert Walker’s Bruno Anthony in Strangers on a Train, with a comparable homoerotic tension between the two men. Tautly and cleverly scripted by Larry Cohen, crisply shot by Fred Murphy, and directed by John Flynn without a loose screw in sight, this is first-class action story telling, stripped to its essentials: no shot is held any longer than is needed to make its narrative point, and the streamlining makes for a bumpless ride. (Chestnut Station, Chicago Ridge, Edens, Golf Mill, Lincoln Village, Oakbrook, Orland Square, River Oaks, Woodfield, Evanston, Norridge, Ford City, Harlem-Cermak) 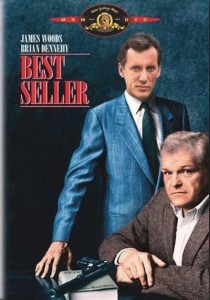