Written for the catalogue of Il Cinema Ritrovato, June-July 2016. — J.R. 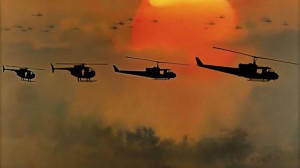 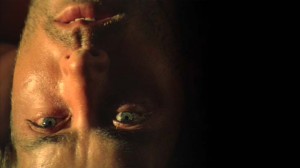 Like much of Coppola’s best work -– The Conversation, the Godfather trilogy, Bram Stoker’s Dracula –- Apocalypse Now teeters on the edge of greatness, and perhaps it wouldn’t teeter at all if greatness weren’t so palpably what it was lusting after. To my mind it functions best as a series of superbly realized set pieces bracketed by a certain amount of pretentious guff, some of which could be traced back to Joseph Conrad’s novella Heart of Darkness, the movie’s point of departure, as well as some powerful voiceover narration written by Michael Herr, whose book Dispatches offered some authentic glimpses of the war from the American side. Much of the guff, I would argue, stems from the fact that Coppola never quite worked out what he wanted to say, a fact he often acknowledged at the time. Indeed, Coppola’s continuing doubt is a major element of the saga being celebrated here: the Passion of the Artist writ large, made to seem far more important than the mere suffering and deaths of a few hundred thousand nameless and faceless peasants (and American soldiers) across the South China Sea.… Read more »