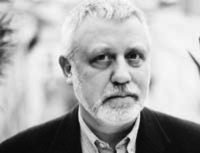 I don’t mean to question the credentials of de Gregorio as a onetime student of Borges — just the appropriateness of a too-narrow understanding to impose on a singular body of work that owes as much to cinematic references as to literary ones, and one that indeed juxtaposes the two almost as freely as it juxtaposes different languages and historical periods (while including all the cultural baggage that comes with each of them).… Read more »