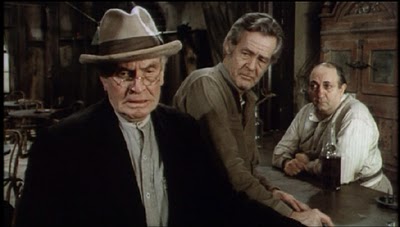 It’s widely and justly believed that the two greatest plays of Eugene O’Neill (1888-1953) were both written near the tail end of his career — The Iceman Cometh, completed in 1939 and first staged in 1946, and Long Day’s Journey into Night, completed in 1941 and produced only posthumously, in 1956. What’s less widely known is that the action of both plays unfolds during the same summer, 1912, when O’Neill was 24, after having attempted to commit suicide the previous spring. As his biographers Arthur and Barbara Gelb note in their 2000 O’Neill: Life with Monte Cristo (New York: Applause), “the plays follow almost literally the chronology of O’Neill’s youthful years, with Iceman (written first) set in ‘summer 1912’ and Long Day’s Journey (which can be regarded as its sequel) set on ‘a day in August, 1912’.”

Both late masterpieces are obsessive distillations of a lifetime of brooding, with the three-hour 1962 film version of Long Day’s Journey into Night directed by Sidney Lumet and the four-hour 1973 film version of The Iceman Cometh directed by John Frankenheimer having served, for many filmgoers, as the versions of reference. (The latter film, incidentally, has no connection of any kind with the enjoyable 1989 Maggie Cheung comedy thriller from Hong Kong, Ji dong ji xiz, which happens to use the same English title.) If one adds to this the various TV versions of both plays that are available — the Sidney Lumet version of Iceman (1960), which I remember with much fondness, and two I haven’t seen, the Peter Wood version of Long Day’s Journey starring Laurence Olivier (1973) and the Jonathan Miller version of the latter starring Jack Lemmon (1987) –- one isn’t obliged to view either film version as definitive. 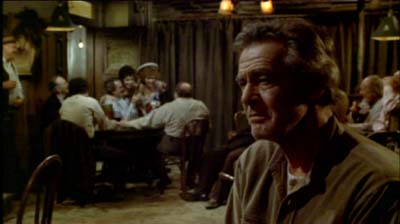 For me, the 1973 Frankenheimer production of Iceman, despite an almost fatal bit of miscasting (Lee Marvin superb as an action hero, but impossible in the pivotal role of Hickey), survives powerfully, thanks above all to Robert Ryan (as Larry Slade) and Fredric March (as Harry Hope), each offering his very last recorded performance — and in Ryan’s case, quite possibly his very best. It isn’t really a movie, even though it went out originally on film, but one could argue that, apart from The Manchurian Candidate, Frankenheimer’s true métier was live television with its own special tensions and challenges, and this film shares some of the spontaneous performative virtues found in his best TV work (such as The Comedian in 1957).

When I was in high school, I must have read about a dozen O’Neill plays within a short period of time, ranging from Greek pastiches like Desire Under the Elms and Mourning Becomes Electra to contorted mannerist-modernist experiments such as The Emperor Jones, Lazarus Laughed (my own favorite as well as O’Neill’s—a mad, unproduceble Nietzschean rant), and Dynamo (the most ridiculous of them all). What seemed apparent in all of them was a compulsion to try anything and everything that scored only when it was grounded in obsessive personal material, leading eventually to his two late masterpieces. What gives them much of their conviction is a process of purification that boils away all the self-conscious, contemporary cultural sheen while internalizing the sense of structure he learned from the Greeks. In Long Day’s Journey he reproduced his own family while simplifying his own character by depriving himself of a marriage, child, and divorce, all of which O’Neill had been through before he wound up in a New York flophouse in 1912.In Iceman, he split himself between the despair and political defeatism of Larry Slade, a former anarchist like himself, and the confused optimism and snappy salesmanship of Hickey, both ultimately defeated by his murderous misogyny (his own failed marriage clearly resembled O’Neill’s own), meanwhile assigning his suicide attempt (in Iceman, a successful act in the play’s closing moments) to a much younger misogynist and former anarchist, Don Parritt, (played by Jeff Bridges in the Frankenheimer film), who is explicitly regarded as combined younger versions of both Slade and Hickman. For all the bathos and inertia of O’Neill’s sedentary characters, who are uniformly soused except for Hickey, the play’s dramatic architecture in terms of both the characters and their interactions remains rock-solid. 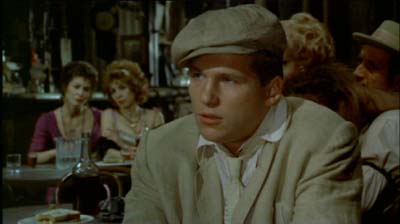 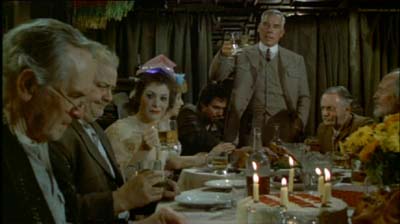 This ultimately yields in Iceman an instinctive anticipation of the Theater of the Absurd. Several terminal alcoholics in a Manhattan flophouse (much like the one where O’Neill resided in early 1912), including Slade and the proprietor, Harry Hope, wait endlessly for the redemptive arrival of a rowdy traveling hardware salesman and drinking buddy, Theodore Hickman, who’s nicknamed Hickey. When Hickey finally does turn up — unlike Beckett’s Godot, who never materializes, and somewhat more like The Connection’s Cowboy, who delivers a long-awaited fix to several junkies — he winds up exploding their fragile pipe dreams instead of cheering them up, self-righteously proclaiming and pretending to cure their ailments in the process as he effectively destroys each of them in turn.

Roughly speaking, O’Neill remained something of a primitive who brought to the American theater some of the same primal energy, dogged persistence, and stylistic clumsiness that Theodore Dreiser brought to the American novel, albeit with a much greater sense of formal experimentation and adventure. So it’s intriguing to discover from the Gelbs that an English professor, Brenda Murphy, has recently and plausibly hypothesized that Dreiser himself, whom O’Neill had recently met, provided the playwright with one of his key models for Hickey, in background, appearance, temperament, and even first name. Even the incantatory repetitions of “pipe dream” in the dramaturgy comes to resemble some of Dreiser’s own obsessions in his dogged thematic pursuits in An American Tragedy. And it goes without saying that The Iceman Cometh and Long Day’s Journey into Night, whatever else they might be, are not only tragedies but profoundly American, above all in their sense of fantasy under the constant threat of defeat.