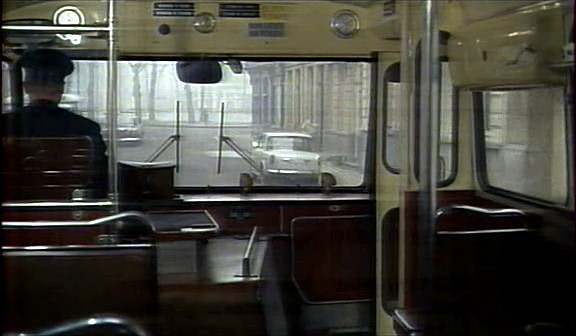 I just saw a great film tonight for the first time, the second feature of the Belgian surrealist André Delvaux (1926-2002), known in English as One Night…A Train, with Yves Montand and Anouk Aimée,which dates from 1968. It starts off as something quite ordinary and gradually gets weirder and crazier, winding up eventually somewhere in the vicinity of both Kafka and Tarkovsky (the latter in his Stalker mode). It isn’t available commercially, but you can download it for free, and with English subtitles, from The Pirate Bay, a very nifty site where you also can download Rivette’s complete Out 1 with English subtitles, and you can also watch the film with English subtitles on YouTube.

The film is adapted from a novella by Johan Daisne, who also wrote the source novel of Delvaux’s previous feature, The Man Who Had His Hair Cut Short (1965). I’m less fond of that film than I am of Delvaux’s second feature and his third, Rendez-vous à Bray (1971), which I recently described on this site as my favorite Belgian feature. Rendez-vous à Bray is also based on a very mysterious novella, in this case a Gothic tale by Julien Gracq set during World War 1, although it isn’t really a war film. Even though I didn’t quite warm to Delvaux’s first feature, and I still haven’t seen the three or four more features he made after Rendez-vous à Bray — none of which appears to be available anywhere, so I don’t even know how I can — there’s no doubt in my mind that he’s a major filmmaker. [9/14/09] [Postscript, early 2013: Most of Delvaux’s major films with the exception of Un soir…un train are now available on DVD in excellent editions, complete with English subtitles, from Cinematek; go to this link.] 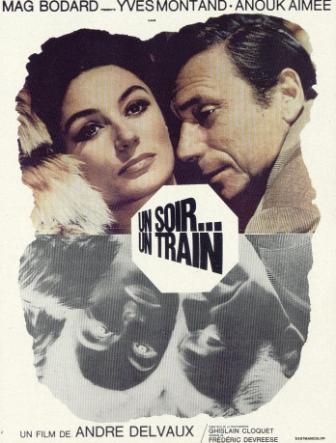